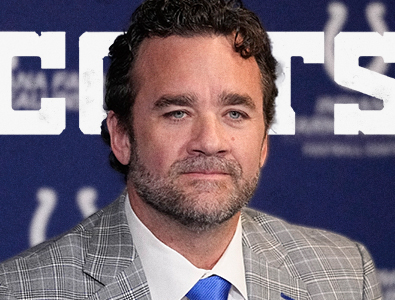 On Monday, November 7th, 2022 just one day after one of the Indianapolis Colts' worst offensive performances in recent franchise history, the organization fired their 5th - year head coach, Frank Reich.

Although Saturday was hired to be the interim coach from outside the organization of the Indianapolis Colts this move did not violate the Rooney Rule. The Rooney Rule (which looks to provide NFL head coaching opportunities for minorities) requires teams to interview minority candidates for head coaching vacancies according to ProFootballTalk.com.

"The rule does not apply to an interim head coach during the season," a spokesman for the National Football League, Brian McCarthy, explained to ProFootballTalk.com via an email. "It does apply after the conclusion of the team's season. The club would have to fulfill the rule before hiring a full - time coach."

The Indianapolis Colts' most recent loss (26 to 3 to the New England Patriots on Sunday, November 6th, 2022) was their 3rd - consecutive losing effort during this 2022 - 2023 NFL season. That game was just the latest example of their intensifying offensive struggles that are beginning to seem overwhelmingly insurmountable even following a serious quarterback swap from the long time NFL great quarterback in Matt Ryan to the younger and unproven Sam Ehlinger. The Indianapolis Colts also recently fired their offensive coordinator, Marcus Brady.

Frank Reich’s Inability to the Turn Around the Indianapolis Colts

The now 60 - year - old Frank Reich, went 40 - 33 - 1 (.547) in the regular season with the Indianapolis Colts, and he had a 1 - 2 record during his few NFL playoff appearances. It was a tenure that was unfortunately defined by nonstop turnover at the quarterback position even since Andrew Luck unexpectedly retired from playing with the Colts back in 2019. 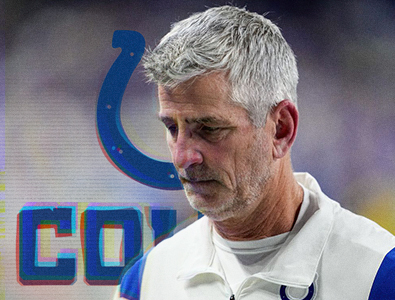 Reich had to start different opening - day starting quarterbacks in each of his 5 – seasons as the head coach of the Indianapolis Colts. The tenures of the past 2 QBs (Carson Wentz and Matt Ryan) ended very poorly as Wentz was traded after only 1 - season and Ryan was just benched a couple of weeks ago after just 7 - starts as the lead signal caller for the Indianapolis Colts this year.

The Indianapolis Colts have been falling apart ever since the end of the 2021 - 2022 NFL season, when the Indianapolis Colts lost their last 2 - games of the NFL regular season despite needing only 1 - win to clinch a postseason berth which opened the door for the Las Vegas Raiders to sneak into the NFL playoffs instead of the Colts. The 2021 NFL regular season finale just so happened to be a 26 to 11 loss to the terrible 3 and 14 Jacksonville Jaguars.

That was a particularly tough to swallow performance that drew the attention of the Indianapolis Colts owner Jim Irsay, who had brought in Reich to hopefully fix the issues at the quarterback position as Frank was formerly a solid back - up NFL QB (behind Jim Kelly with the Buffalo Bills) back in his playing days (1990’s).

"Offensive performance, that's why I was brought here. That's my responsibility," the former head coach of the Indianapolis Colts, Frank Reich, said. "So, we've got the players. We've got the players that are plenty good enough. I have to do a better job. It starts with me on offense. I need to do a better job getting the guys ready to play, putting guys in a good position to win and having answers when we face problems."

The Current Status of the Indianapolis Colts

At the moment, the Indianapolis Colts are 3 - 5 - 1 throughout the first half of the 2022 - 2023 NFL regular season. They are in the worst shape of Reich's tenure as the head coach of the Colts. Hopefully for Indy Jeff Saturday can help the Colts bounce back to the winning ways of their past. Unfortunately for Saturday he will not have the help of Peyton Manning or Johnny Unitas at the quarterback position, but he should be able to at least get his highly paid offensive line to perform as he used to an outstanding center back in Jeff’s playing days.

The Indianapolis Colts Poor Offensive Output so far this Season

Career NFL Statistics as a Player:

* Offseason and / or Practice Squad Member Only

Career NFL Statistics as a Player: