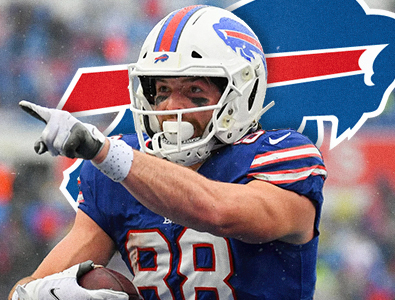 On Wednesday, September 7th, 2022 the Buffalo Bills announced that they are finally taking care of securing one of their starting quarterback’s (Josh Allen) favorite primary passing targets just prior to the start of the 2022 - 2023 season of the National Football League.

The Buffalo Bills have publicly stated that they have reached a 4 - year agreement on a contract extension with their young and highly - productive tight end, Dawson Knox. This new contract extension is worth up to approximately $53.6 million over the course of the upcoming 4 to 5 NFL seasons.

"Very, very excited. Just very thankful to the Pegulas and to [general manager Brandon] Beane and just my agent for getting everything going," the Buffalo Bills starting tight end Dawson Knox explained. "... I mean, I love the city of Buffalo. It couldn't be a better football city. I fell in love with the fans, with just the culture here. So, I knew I wanted to be here for as long as I possibly could be. I couldn't be more excited to lock this deal in." 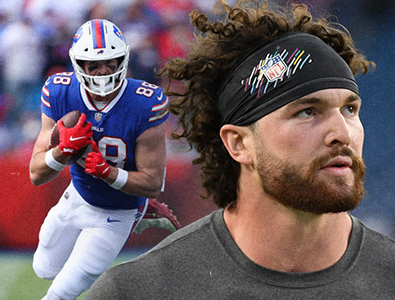 Dawson, was who was previously scheduled to enter the NFL’s free agency market following the upcoming 2022 - 2023 season of the National Football League, set his career highs during the past NFL season with 49 - catches that was good for 587 - yards, 9 - touchdowns, as well as 31 - first - down catch receptions all for the Buffalo Bills were who oh so close to making it to the AFC Championship game after their intense and highly - contested 2022 NFL playoff shoot - out battle with Patrick Mahomes and the high - octane Kansas City Chiefs football team.

"[Knox] just works his tail off. He's a guy I respect so much because every time he steps foot in the field, he's going 100 % and I love that about him," says the Buffalo Bills offensive coordinator, Ken Dorsey. "He's awesome inside the building, always locked in on meetings, eager to learn, asking questions, wanting to be coached, and willing to take coaching."

Prior to the 2021 - 2022 NFL season, Dawson had pulled in a total combined 5 - receiving touchdowns throughout his successful initial young pro career in the National Football League. Now over the course of Knox’s 3 - total NFL seasons with the Buffalo Bills, the former 3rd - round NFL draft pick out of Ole Miss has now caught 101 - pass receptions good for 1,263 - receiving yards as well as 14 - touchdowns.

"I want to be here. I bought a house here a few months ago, not because I want to be gone in a year," Knox mentioned earlier on during the Buffalo Bills’ training camp. "So, I want to be here as long as I can, but I know a lot of that stuff is out of my hands with salary cap. I try not to read into all that too much, but I've definitely communicated that I want to be here for an extended amount of time, so whether that's getting the extension now or later, I definitely hope that happens."

The Buffalo Bills will open the 2022 - 2023 NFL season versus the defending Super Bowl champion Los Angeles Rams on Thursday Night Football this Thursday, September 8th, 2022 from the beautiful So - Fi Stadium located in Inglewood, California.

The Tragic Passing of Knox’s Brother

The explosive Buffalo Bills tight end had to spend some time away from the Bills organization and facilities following the very sad and unfortunate death of his 22 - year - old brother, Luke Knox, who at the time was a former linebacker at Florida International University. Dawson returned to the Buffalo area to be back with his football family in the Bills on August 23rd, 2022, and the Buffalo Bills held a special moment of silence for his brother Luke just prior to their 2nd - preseason game earlier this year.

The truly devoted fans of the Buffalo Bills managed to raise in excess of $250,000 for the P. U. N. T. Pediatric Cancer Collaborative in the honor of Dawson’s beloved brother, Luke Knox. largely in donations of $16.88 that were representative of the combined jersey numbers of both of the Knox brothers.

"Obviously it's been an emotional roller coaster," Knox goes on to say. "But I think my brother has been my ... he was my No. 1 supporter. He couldn't be more happy anytime I was having success. He came to as many games as he could as soon as his college games were over. I do believe that he's up in heaven right now and he couldn't be happier that this is done.

"... So, this is for him, too. I know he wanted me to give it my all in everything I did. So, there's a little extra motivation for me there this year because I know he'll be able to be watching. But I know that he's always been my biggest supporter and he wants me to go out and be the best player and be the best man I possibly can be."

The Future of the Buffalo Bills and their Team Roster

The Buffalo Bills have a number of ball players to consider and make crucial decisions on over the next few months of the year. Some of those important decisions involve their linebacker Tremaine Edmunds, who is set to hit free agency in 2023, and their safety Jordan Poyer, who just recently requested a contract extension during the 2022 NFL offseason.

The general manager of the Buffalo Bills, Brandon Beane, has been known to sign players to contract extensions very close to the start of the quickly approaching NFL season or early on in the year. Last season, the Bills nickelback Taron Johnson was signed to a 3 - year contract extension in early October.