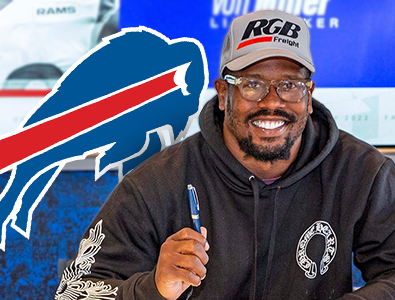 On Wednesday, March 16th, 2022, the Buffalo Bills and the superstar outside linebacker and former Super Bowl MVP, Von Miller, have agreed upon terms for a 6 - year contract worth up to approximately $120 million.

According to reliable sources of the sports media outlets this new deal between Miller and the Buffalo Bills includes $51.5 million in total guaranteed money, and a cool $45 million that is fully 100 % guaranteed at the time of him signing the contract.

That is a fantastic deal for the Buffalo Bills. They are getting one of the best veteran outside linebackers in the National Football League who is also considered one of the greatest overall defenders of his time. Not only is he a great player, but he is an outstanding leader who has won a Super Bowl with 2 – different teams (Denver Broncos and Los Angeles Rams).

The Buffalo Bills already have a really solid offense so now they should be focusing on strengthening their defensive unit as they continue to compete for their first Super Bowl championship in their NFL franchise history.

Von was born and raised in DeSoto, Texas, and he eventually ended up playing his collegiate ball at Texas A & M University from 2007 to 2010. Miller was selected by the Denver Broncos with the 2nd – overall pick in the 1st – round of the 2011 NFL Draft. Von played for and was quite successful in the league at a very young age with the Denver Broncos from 2011 up until 2021.

Miller was traded from the Denver Broncos to the Los Angeles Rams franchise midway through the last NFL season. After testing his NFL free agency market he will join the AFC East powerhouse Buffalo Bills where Von will immediately make an impact on and off the gridiron. He will lead the defense as a captain with great veteran leadership especially in the locker room of young NFL stars such as quarterback Josh Allen and wide outs like Emmanuel Sanders and Stefon Diggs. 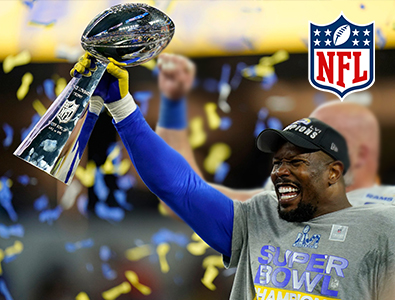