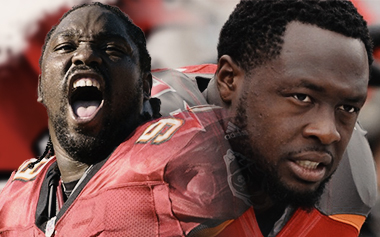 Heavy words were exchanged between recent former Tampa Bay Buccaneers defensive tackle, Gerald McCoy, and ex Tampa Bay Buccaneers defensive lineman, Super Bowl champion, and Hall of Famer, Warren Sapp. A major disagreement and war of words was exchanged between the two big boys who used to play for the Bucs in regards to whether or not McCoy deserved to have his number reserved and retired by the Buccaneers.

These words started flying after McCoy’s previous jersey number (#93) was given by the Buccaneers organization to their current defensive lineman, Ndamukong Suh. Apparently, McCoy wants to retire his own number out in Tampa, and is very unhappy that Suh was allowed to wear his old number after he played with the Bucs for the past 9 years and accomplished quite a bit personally.

Although McCoy was very successful individually by making 6 Pro Bowls (2012, 2013, 2014, 2015, 2016, 2017) as well as named to 3 NFL First Team All Pro selections (2012, 2013, 2014) he played on a poor team in a poor division and never won much of anything during his time in Tampa. Warren Sapp was a much better football player, on a much better team, and he has every right to say what he said in response to McCoy’s comments after he was let go from the Tampa Bay Buccaneers organization as an unhappy man. Good luck in Carolina... 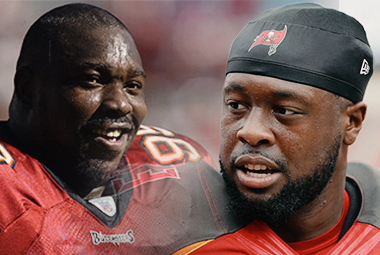 "I earned that respect. ... Tampa hasn't been a winning team, and we all know it's hard to be considered a Pro Bowl, All-Pro person on a losing team, and I did it six years straight,” McCoy debated. That's hard to do. For the respect I received after doing that, they showed none, and I don't know why."

Warren Sapp said to PewterReport.com, "The thing that kind of threw me sideways was Gerald talking about now that this organization doesn't have a right [to give away his 93 jersey], or it's business that they moved on -- you know, they moved on.”

"And then he wanted to say that Sapp, [Derrick] Brooks, Lee Roy [Selmon], [John] Lynch, Ronde [Barber], nobody wore their numbers. Last time I checked, those were Hall of Famers and champions. We didn't go to one playoff game with him and not one damn divisional title, so, I think he owes some of those hundred million dollars back if you go give it to me in that sense."

"He didn't have no chips in his game. No Defensive Player of the Year -- that's what Brooks and that's what Lee Roy Selmon did -- Lynch got his name in two damn Ring of Honors," Sapp added. "What am I missing here, Gerald? You're talking about something silly. Come on, man -- stop. If you're mad, you're mad, but don't put it on the organization that the organization did it. Every NFL team has to move on."