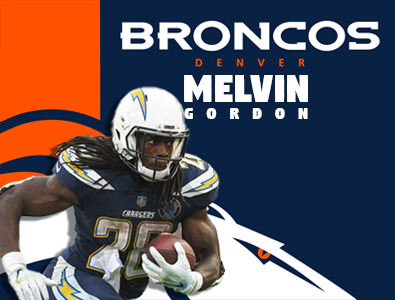 $13,500,000 of the new contract is total guaranteed money and the new deal includes a $4 million signing bonus. Gordon is now scheduled to earn $9 million for the 2020 – 2021 NFL season as well as $7 million for the 2021 – 2022 NFL season. He will average $8 million per season which will make him the fourth highest paid running back in the National Football League as of now.

Prior to the 2019 – 2020 NFL season Gordon decided to hold out and not report to the Los Angeles Chargers for training camp as well as the first four regular season games last year in hopes of being offered a long term contract with that franchise. The hold out did not work out very well for the superstar running back. 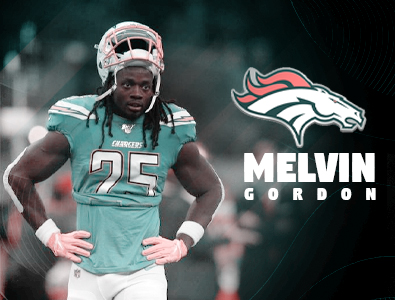 The Los Angeles Chargers also had the hard working rusher Austin Ekeler on their roster, and he was also great at catching passes out of the back field. The LA Chargers decided to resign Ekeler to a four year contract extension worth up to $24.5 million, and allow Gordon to test the free agency market of the National Football League. The Denver Broncos see the value in Gordon as they picked him up for the next two NFL Seasons.

The Denver Broncos have a solid tandem of running backs now with the addition of Gordon to their roster. Phillip Lindsay is the other rusher on the team, and he is coming off of back to back over 1,000 rushing yard seasons with the Denver Broncos. This AFC West organization traded their fullback, Andy Janovich, to the Cleveland Browns during this offseason which should open up opportunities for Gordon to carry the football.

The 2019 – 2020 NFL season was particularly rough for the Denver Broncos. They began the year with a mark of 0 and 4 as their starting quarterback at that time, Joe Flacco, and the Broncos offense ranked amongst the league’s worst as they continuously struggled to score. They went 7 and 5 the rest of the season which can mostly be attributed to the 4 and 1 record to finish the year under the rookie quarterback, Drew Lock, who started the final 5 games of the season as the Denver Broncos starting quarterback. The Broncos are hoping for a better team this year with Lock running their offense as Denver has missed the NFL playoffs for the last four consecutive seasons. Gordon should help Denver by contributing to the Broncos’ offensive attack.