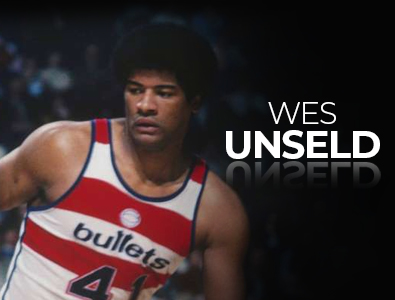 On the morning of Tuesday, June 2nd, 2020 the legendary basketball player, Wes Unseld, died at the age of 74. His family reported that the former Washington Bullet had been dealing with a variety of lengthy health issues, and he had most recently been fighting pneumonia.

Unseld was born and raised in Louisville, Kentucky. He played his high school ball at Seneca High School in Louisville, KY, and he led his high school basketball team to the Kentucky state championships in 1963 and 1964. Although over 100 universities attempted to recruit Unseld including the University of Kentucky, he chose to enroll at the University of Louisville. Unseld was named an NCAA All American in 1967 and 1968 as he led the Cardinals to the NCAA Tournament in both of those years.

Even as a rookie in the NBA, Unseld had an unbelievable season. He was only the second player in NBA history along with Wilt Chamberlain to win the NBA Rookie of the Year award as well as the NBA Most Valuable Player award. In 1978 Wes led the Washington Bullets to their only NBA championship. Unseld was ultimately named the MVP of the 1978 NBA Finals too. 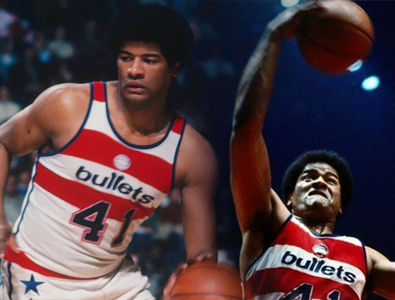 In 1996 Unseld became the general manager of the Washington Bullets franchise, and he performed that role for the nation’s capital for seven years. Wes Unseld will always be remembered as one of the greatest basketball players of all time. He was well known for his fundamentals as well as his dominance as a smaller big man in the National Basketball Association.

"He was the rock of our family -- an extremely devoted patriarch who reveled in being with his wife, children, friends and teammates," Wes Unseld’s family stated. "He was our hero and loved playing and working around the game of basketball for the cities of Baltimore and Washington D.C., cities he proudly wore on his chest for so many years."

"Wes Unseld was one of the most consequential players of his era," says the current commissioner of the National Basketball Association, Adam Silver. "An NBA MVP and Naismith Memorial Basketball Hall of Famer, Wes elevated the game by mastering the fundamentals. His competitive drive and selfless approach made him a beloved teammate, a respected opponent and a cornerstone of the Washington Wizards franchise, with whom he won an NBA championship. Wes also set the model of class, integrity and professionalism for the entire NBA family during stints as a player, coach and team executive with Washington and through his dedication to expanding educational opportunities for children."

"Wes was truly a gentle giant," his former teammate, Phil Chenier, sadly explained. "His scowl could be intimidating, but really he was a kind, thoughtful and protective comrade. Wes is the epitome of a great teammate, team leader and friend."

"I lost a great friend and teammate this morning who went home to Christ," Elvin Hayes proclaimed. "Know we all had great love for both you and your family always, my friend." 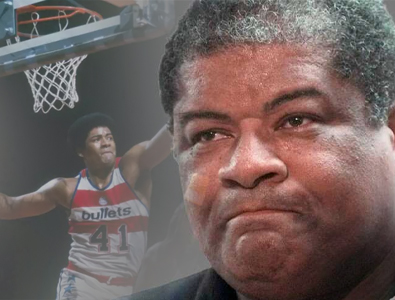 Ted Leonsis Tweeted: “Wes Unseld was a great leader, a dedicated family man and a tremendous human being – My deepest sympathies & condolences to the Unseld family – Wes will always be remembered & greatly missed”

The Denver Nuggets Tweeted: “We have lost a true legend of the game. Our thoughts are with the family and friends of assistant coach Wes Unseld Jr. following the death of his father.”

Rex Chapman Tweeted: “Wes Unseld was one of the finest people I’ve had the pleasure of knowing. He was my friend, my Kentucky homeboy, and my coach. Heartbreaking.

The gentlest of giants.

Billy King Tweeted: “Wes Unseld was my first hero. The first basketball camp I attended was his camp at the age of 9. The memories and lessons stuck with me. When I became a GM it was surreal to be scouting on the road with him. He was a great player, but a better person. RIP Wes Unseld.”

Dan Issel Tweeted: “Wes Unseld was a warrior! He was The shortest starting center in the NBA, and was also the toughest. So sound fundamentally, when he blocked you out for he would put you in the third row! With all due respect to Darrell G, Wes will always be the greatest U of L Cardinal.”

Jay Bilas Tweeted: “RIP to Hall of Famer Wes Unseld, who passed away at the age of 74. Unseld was a legend at Louisville and in the NBA, and one of the greatest rebounders and outlet passers of all-time. Toughness personified.”