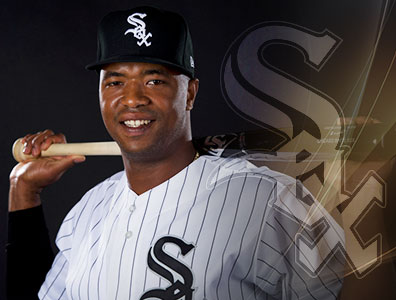 The Chicago White Sox agree to a deal with their top prospect outfielder, Eloy Jimenez. The youngster has not played a major league game yet, but he has been locked in by the White Sox for 6 years and will reportedly make $43 million. Jimenez can exercise options for another two years which would max out the contract at $77 million.

There are only 3 baseball players that have ever been signed to long term deal without playing a single game in the major leagues. The other 2 were Jon Singleton of the Houston Astros and Scott Kingery with the Philadelphia Phillies. The Eloy Jimenez contract is almost 2 times as much money as Kingery is getting from the Phillies. This type of investment really displays the faith and confidence that the Chicago White Sox have in the young outfielder as he will be a big part of their near future.

Eloy Jimenez is originally from Santa Domingo, Dominican Republic. He is 6 feet four inches tall and weighs in at 205 lbs. The 22-year-old Jimenez both hits and throws right handed, and primarily plays right field as well. As a great all-around ball player, Eloy is known for his gap to gap power, speed, and baseball intelligence.

ESPN’s Jeff Passan said, “Jimenez, a consensus top-five overall prospect, came to the White Sox in the crosstown trade that sent starter Jose Quintana to the Chicago Cubs in 2017. Between the organizations, Jimenez has hit at every level of the minor leagues, batting .311/.359/.519 with 65 home runs and 281 RBIs in 408 games.

The White Sox nevertheless optioned him to Triple-A this spring under the guise that he needed work to be ready for the major leagues. The reality was clear if not spoken: By sending Jimenez down for about three weeks, the White Sox would ensure he did not receive a full year of service time this season -- and thus delay his free agency by a year.” 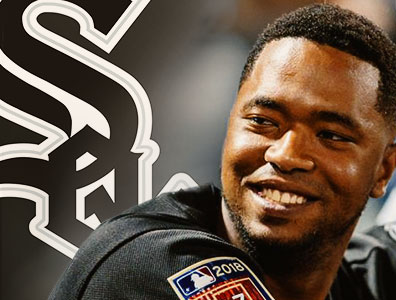 The Chicago White Sox have an optimistic up and coming ball club. They have a lot of young players they are looking to develop in to serviceable big leaguers. Infielder Yoan Moncada and pitcher Lucas Giolito should emerge as All-Star caliber players even this early in their baseball careers.

Chicago’s best player is arguably first baseman/designated hitter Jose Abreu, who boasts a career batting average of .295 with 146 home runs and 488 runs batted in over his time in Major League Baseball. Unfortunately, one of the White Sox’s best pitching prospects that they brought up last year, Michael Kopech will miss the entire 2019 season after recently having Tommy John surgery on his pitching elbow.