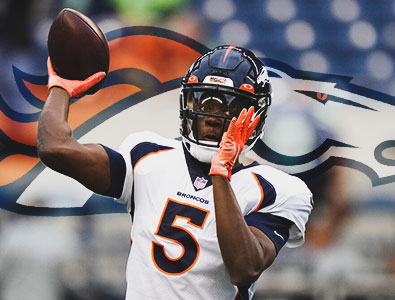 On Wednesday, August 25th, 2021 the Denver Broncos head coach, Vic Fangio, made a very difficult decision for the immediate future of their NFL franchise. Fangio publicly announced that Teddy Bridgewater has beat out Drew Lock to be the starting quarterback of the Denver Broncos for at least the start of the 2021 – 2022 season of the National Football League.

Although Vic chose to go with Teddy as the starter at the QB position of the Denver Broncos offensive unit, Fangio did state that the quarterback competition between these two men was very very close and it ultimately led to a very tough decision that had to be made. The formal announcement clarifying the Denver Broncos’ quarterback controversy came shortly after Vic met with both players as well as disclosing the news to the entire team prior to the Denver Broncos practice on Wednesday afternoon.

Teddy B. was born and raised in Miami Florida where he attended Miami Northwestern Senior High School. Following his high school graduation Bridgewater decided to enroll at the University of Louisville to play his NCAA college football career for the Louisville Cardinals. Teddy was very successful playing the quarterback position at Louisville from 2011 to 2013.

Teddy lost his starting quarterback job with the Minnesota Vikings after he suffered a torn ACL, dislocated knee joint, and other structural damage in his left knee which basically kept the young quarterback out of game action for the entire 2016 – 2017 NFL season and the majority of the 2017 – 2018 NFL season too. The Minnesota Vikings decided to decline the fifth – year option on Bridgewater’s rookie contract making Teddy an unrestricted free agent prior to the 2018 – 2019 season of the National Football League. 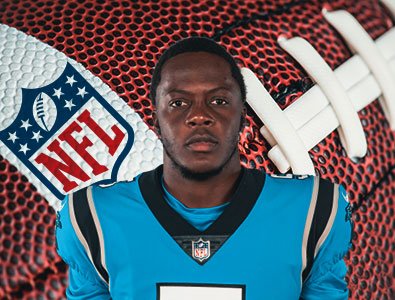 That successful short period of time with Bridgewater filling in as the starting quarterback for the New Orleans Saints enabled Teddy to receive league – wide recognition for his outstanding QB play which eventually resulted in the Carolina Panthers signing him to a 3 – year contract worth up to approximately $63 million. Bridgewater struggled throughout the 2020 – 2021 NFL season with the Carolina Panthers as he recorded an overall record of 4 and 11 during his 15 starts at quarterback last year. He was traded to the Denver Broncos just weeks after the Carolina Panthers acquired Sam Darnold via a trade with the New York Jets.

If you need to summarize Bridgewater’s career in the National Football League you can do it just one word…inconsistent. He has shown signs of brilliance at the quarterback position occasionally, but Teddy has also gone through some very rough stretches in the NFL especially when he plays for an average NFL franchise at that time. Bridgewater is an extremely serviceable pro quarterback mainly in a back – up QB role, but he is definitely not a top – tier QB which is what most NFL teams are desperately trying to put out on the field each and every game that they play.

Originally Drew was born in Columbia, Missouri, and he attended Lee’s Summit High School located in Lee’s Summit, Missouri which is a suburb of Kansas City, MO. Staying close to home Lock Enrolled at the University of Missouri where he excelled at the quarterback position for the Missouri Tigers football team from 2015 to 2018.

With the 42nd overall pick in the second – round of the 2019 NFL Draft the Denver Broncos selected Lock as they have been attempting to rebuild recently. Drew started at quarterback with the Denver Broncos for around half of the 2019 – 2020 NFL season as well as the majority of the 2020 – 2021 season of the National Football League. Much like Bridgewater he has shown some signs of greatness out of the gridiron, and Lock has also struggled during other times as well.

Although he is young and fairly inexperienced in dealing with the speed and style of playing quarterback in the NFL, he has made some very poor decision especially when he tries to do too much and not play within himself. Last year he basically led the National Football league in interceptions and completion percentage granted that he does not have a whole lot of solid offensive weapons to throw the football to. 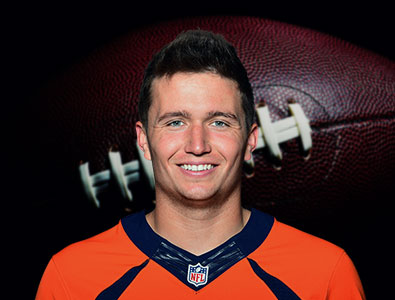 Does Bridgewater or Lock give the Denver Broncos a better chance of winning this year?

In my opinion Lock gives the Denver Broncos a slightly better chance of winning at the moment, but this is a tough call. I believe Teddy is a more fundamentally sound quarterback and usually makes better decisions on the football field, but Lock has a brighter upside at the starting quarterback position for the Denver Broncos right now. Drew possesses a lot of the intangibles that ultimately lead to success and winning games.

I think that once Lock gains more valuable NFL quarterback experience he will tighten up his game and cut down of many of his mistakes. It will be interesting to see how this quarterback controversy progresses over time. If Bridgewater does not find immediate success this season with the Denver Broncos do not be surprised if Teddy is benched in favor of the younger and explosive quarterback in Drew Lock.

"There wasn't a lot of separation. Both guys had good camps. They both played well, they both had their down moments, had their good moments. ... We just made this decision because it's best for the team moving forward right now. We have two good quarterbacks, two quarterbacks we can win with. It was really, really close. ... We had to make a decision, and we went with Teddy. He (Lock) was disappointed obviously," the head coach of the Denver Broncos, Vic Fangio, relayed to the sports media forum following his private discussions with both quarterbacks in Teddy and Drew.

Fangio goes on to say that this tough decision is, “Not going to let it slow him (Lock) down, he's full steam ahead. The first is, one guy plays way better than the other guy, the decision is easy and everybody sees it. Or the other thing is, both guys can play below par and you're not happy, but you've got to make a choice. That didn't happen either. The third is they both play good and you have to make a tough choice."

"I'm hungry as well -- this entire team is hungry," the new starting quarterback of the Denver Broncos Teddy Bridgewater proudly explained. "We know the talent that we have here, we know what's in store for us, but we can't sit here and talk about it, we have to go out and put in the work every day."