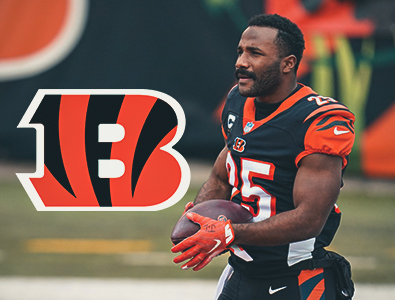 On Wednesday, April 7th, 2021 the Cincinnati Bengals have decided to release their veteran running back, Giovani Bernard, after eight seasons as a premier rusher for the franchise. The 29-year-old has spent his entire 8-year career (2013-2020) in the National Football League with the Cincinnati Bengals, but now Bernard is an unrestricted free agent heading in to the 2021-2022 NFL season.

Bernard was previously scheduled to enter the last year of a 2-year contract extension that he agreed to with the Cincinnati Bengals back in September of 2019. By releasing Giovani, the Cincinnati Bengals will free up $4.1 million in salary-cap space, and the organization will only sustain $666,667 in dead money that will count against the salary-cap.

Giovani was born in West Palm Beach, Florida, and he attended Thomas Aquinas High School in Fort Lauderdale, Florida where he excelled at football. He originally committed to the University of Notre Dame to play collegiate ball for the fighting Irish, but Bernard ultimately decided to enroll at the University of North Carolina.

He played at UNC for 2 years from 2011 to 2012. Throughout his time playing football for the Tar Heels Giovani rushed for 2,481 yards and 25 touchdowns on 423 carries as he averaged 5.9 yards per attempt. He also pulled in 92 receptions for 852 receiving yards and 6 touchdowns as he averaged 9.3 yards per catch. 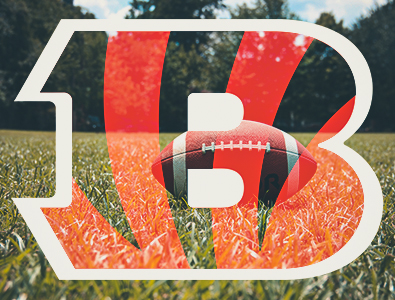 With the 37th overall pick in the second round of the 2013 NFL draft the Cincinnati Bengals selected Giovani Bernard, and although he was not always the starting running back for the Bengals throughout his career in the National Football League, he was very productive on the gridiron playing for Cincinnati. Over the course of the past 8 NFL seasons, Giovani appeared in 115 games, and he started 30 of them. Bernard rushed for 3,697 yards and 22 touchdowns on 921 carries, and he racked up 2,867 receiving yards and 11 touchdown receptions on 342 completions.

Last year during the 2020-2021 NFL season Giovani started a career-high 10 contests due to the fact that their number 1 running back, Joe Mixon, suffered a foot injury that sidelined him for a great portion of the football season. Bernard had his best game last year on a Monday Night Football game against the Pittsburgh Steelers in which Giovani rushed for 83 yards as he helped the Cincinnati Bengals win the game. That was the Bengals’ first defeat of the Pittsburgh Steelers since the 2015-2016 NFL season, and it was Bernard’s highest rushing effort since the 16th week of the 2017-2018 season of the National Football League.

Mixon recently signed a four-year contract extension worth up to $48 million just last year, and Joe had this to say about Bernard on the day his release was announced: “No better friend, teammate and mentor than @G_bernard25 (Giovani Bernard). I’ll always cherish our time together and can’t thank him enough for all he has meant to my career. Wherever he goes is getting a great player and even better person.”

Bernard was not the only star player for the Cincinnati Bengals that was sent packing during this 2021 NFL offseason. The franchise also released their superstar veteran NFL All-Pro defensive tackle, Geno Atkins, back on March 19th, 2021. Atkins played for the Cincinnati Bengals from 2010 to 2020, and Geno remains an unrestricted free agent at the moment who is looking for a new team to sign him.

The Cincinnati Bengals decided not to resign their veteran NFL Pro Bowl wide receiver A. J. Green too. Green just signed a 1-year contract with the Arizona Cardinals on March 17th, 2021, and that deal is reportedly valued at $8.5 million in which $6 million of it is fully guaranteed money for the superstar wide receiver. A. J. had previously played for the Cincinnati Bengals from 2011 to 2020.