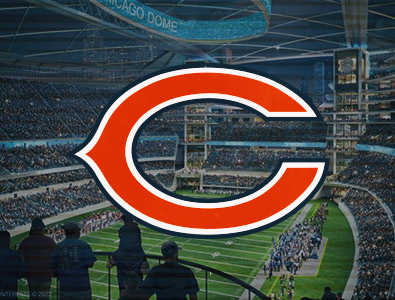 On Monday, July 25th, 2022 the Mayor of Chicago, Lori Lightfoot, revealed 3 - new propositions for renovations on to or outside of Soldier Field in order to seduce the Chicago Bears to stay at their home stadium location for approximately the last 50 - years.

At the center of Lightfoot’s new recent scheme is the construction of a domed stadium, which could cost somewhere in the ball park from a mere $900 million to an astonishing $2.2 billion which is not solving the problems of Soldier Field as it sits.

Mayor Lightfoot has laid out 3 - options for construction of a dome on Soldier Field:

"An improved Soldier Field will deliver a world - class visitor experience," Mayor Lightfoot expressed. "Furthermore, any of these proposed renovations will allow Soldier Field to retain its role as an economic engine for Chicago for years to come, as these changes will allow us to keep bringing sports, music, and other exciting events to our city." 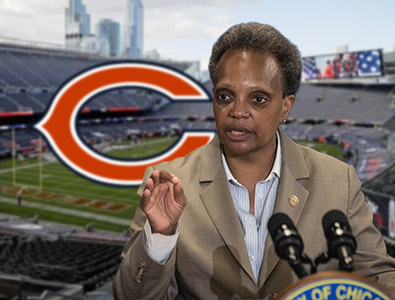 The newly proposed agenda would also enable the stadium to expand the seating capacity at Soldier Field from 61,500 seats to 70,000 seats, increasing the number of total suites from 133 to 140 as well as quadrupling the food and beverage space from 50,000 square feet to 200,000 square feet. The newly proposed plan also suggested the plan would, "dramatically expand the opportunity for major sponsorships and naming rights."

In September of 2021, the Chicago Bears took a step towards moving the absolutely historic landmark of Soldier Field when they signed a $197.2 million purchase and sale agreement with Churchill Downs Inc. for the 326 - acre Arlington Park property in the suburbs of Chicago, Arlington Heights, after the horse racing track, which has hosted thoroughbred racing since 1927, was put on the market for sale.

The Arlington Park site, which is 30 - miles northwest of Soldier Field, could be the site of a new stadium for the Chicago Bears in the future, but that would immediately disrupt the legendary tradition and normality of the Soldier Field stadium where it currently sits. Many Bears fans strongly oppose this idea.

"As part of our mutual agreement with the seller of that property, we are not pursuing alternative stadium deals or sites, including renovations to Soldier Field, while we are under contract," the Chicago Bears organization said recently in a publicly released statement. "We have informed the City of Chicago that we intend to honor our contractual commitments as we continue our due diligence and predevelopment activities on the Arlington Heights property. In the meantime, we remain committed to fulfilling our Permit Operating Agreement (POA) at Soldier Field."

The Chicago Bears confirmed on last Monday, July 25th, 2022 that they were going to stand by their previous statement in response to Mayor Lori Lightfoot's latest proposal involving the historic and legendary home of the Chicago Bears, Soldier Field.