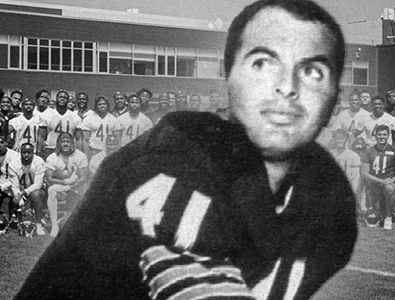 On Thursday, June 16th, 2022 on the final day of the Chicago Bears mandatory minicamp, all of the 90 - current Chicago Bears players wore the jersey number 41 at practice in order to honor the Chicago Bears legendary half - back as well as the lead blocker for Gale Sayers, Brian Piccolo. Piccolo just so happened to unfortunately die from cancer 52 - years - ago to the day last Thursday (6 / 16/ 2022).

Brian, who played for the Chicago Bears from 1966 to 1969, was only 26 - years - old at the devastating time of his death way back in 1970. Piccolo’s extremely close relationship with the Chicago Bears Hall of Fame running back, Gale Sayers, was the main topic of the movie, "Brian's Song," that narrated the story of Sayers and his beloved teammate Piccolo as their friendship represented the 1st - ever interracial roommates in the National Football League.

The Chicago Bears originally intended to honor Brian on the 50th - anniversary of his death, but the COVID - 19 pandemic cancelled all NFL offseason practices back in 2020 when the coronavirus was sweeping the world.

"Just to honor the legacy and his family of Brian Piccolo, that to me was really the main message," the current head coach of the Chicago Bears, Matt Eberflus, explained. "Sometimes it's hard for people or anybody, you go back so far, and it's hard sometimes for them to see the impact of Brian Piccolo that he had, late '60s there. I just think honoring his life. And I read the award to the players today and what that meant.

"He was a really good teammate and he liked to have fun with his teammates, he liked to play practical jokes on them and stuff like that. Just a real man and a real person and a Chicago Bear. So, I wanted to make sure they got that message." 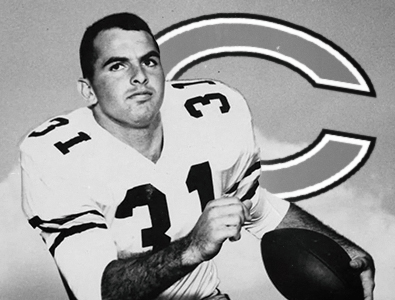 The team historically honors the former Chicago Bears running back annually with the Brian Piccolo Award, which is provided to 1 - rookie player as well as 1 - veteran player who "best exemplifies the courage, loyalty, teamwork, dedication and sense of humor" that Piccolo was so well known for during his short but very meaningful life and career in the National Football League. This year's recipients were running back, Khalil Herbert, and linebacker, Robert Quinn, both obviously from the legendary and historic NFL franchise of the Chicago Bears.

Throughout his 4 - memorable seasons playing in the National Football League with the Chicago Bears from 1965 to 1969, Piccolo compiled a total of 927 - rushing yards, 4 - rushing touchdowns, 537 - receiving yards, and 1 - receiving touchdown. He will not be remembered at all for his statistical contributions to the game, but for his heart and willing to do his job in order for the “Kansas Comet” Gale Sayers to dominant during his NFL career that was also cut short due to injury.