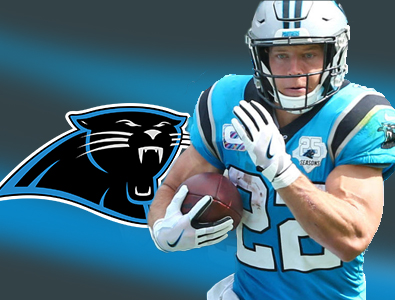 The Carolina Panthers have agreed to terms with their young and explosive most valuable player, Christian McCaffrey, on a long term contract extension. Although he still had two years remaining on his rookie contract the Panthers wanted to ensure that they can build their team around him for at least the next several seasons in the National Football League.

McCaffrey received a 4 year contract extension from the Carolina Panthers that is worth approximately $75 million over the course of the next 6 or 7 NFL seasons as it includes an option for a fifth year as well. The superstar running back is now scheduled to earn $16 million annually on average. This new deal makes him the highest paid running back in the National Football League.

Although McCaffrey is listed as a running back in the National Football League, he is much more than that. He catches passes out of the back field as well as picking up massive amounts of yards after the catch (YAC). He blocks like a beast, and he is directly involved in around half the Carolina Panthers offensive attack. The standout from Stanford University is the hardest working running back if not player in the NFL. This hybrid type offensive weapon definitely deserves this hefty contract extension, and he is the epitome of the football player a franchise would like to build their team around. 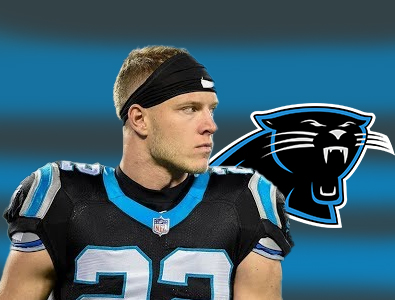 The Carolina Panthers have made some serious offseason moves following a disappointing 2019 – 2020 NFL season. Starting with the head coach of the football team. They fired their former head coach in Ron Rivera, and they decided to hire Matt Rhule to replace him.

They traded their starting quarterback last season, Kyle Allen, to the Washington Redskins as well as releasing their former franchise quarterback, Cam Newton, and he is yet to find a new home. Newton was battling serious injuries over the past few years so the Panthers decided to move on from him. They signed the free agent quarterback, Teddy Bridgewater, to a three year contract in order for him to lead the team into the near future.

The Carolina Panthers made sure to sign players for Bridgewater to throw to this upcoming 2019 – 2020 NFL season such as wide receiver Keith Kirkwood, wide receiver Robby Anderson, tight end Seth DeValve, wide receiver Seth Roberts, and wide receiver DeAndrew White. They went out and signed an XFL player that amazed fans earlier this year in P.J. Walker.

Although most of these moves were offensively focused, they will miss the services of their leader on defensive side of the ball over the last eight years, Luke Kuechly. Unfortunately, Kuechly retired during this offseason after suffering too many concussions throughout his illustrious NFL career, but they will now rely on the strong leadership from their young superstar Christian McCaffrey.

List of the Other Highest Paid Running Backs in the NFL

"I'm so excited to continue my career in Carolina," McCaffrey explained to the media on Monday. "I want to thank Mr. [David] Tepper, Marty Hurney, and Coach [Matt] Rhule for the opportunity to help lead this great franchise, and to all my teammates for their help along the way. And to Panthers fans, KEEP POUNDING!"

"He really builds to the culture you want to have within the building,'' the Carolina Panthers head coach Matt Rhule said. "We want to be a serious football place. We want to be a place that is all about the game. That's who Christian McCaffrey is.''

"That's what Christian is,'' says Rhule. "To label him a running back, that's not respectful to him. He's a tailback/wideout. He can do it all. I'm anxious to get him out there and to continue to build this thing around him.''

"Christian McCaffrey is a centerpiece player that you can build around,'' Rhule stated. "He's going to be a special player for us.''