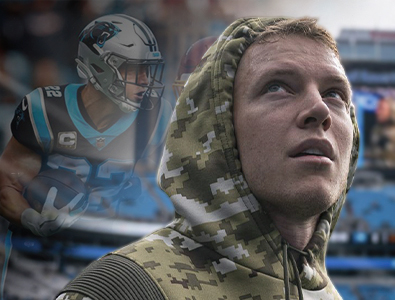 On Monday, November 29th, 2021 the Carolina Panthers star veteran running back (that accounts for more than 50 % of his team’s offense) Christian McCaffrey will unfortunately have to miss the remainder of the 2021 – 2022 NFL season due to a left ankle injury. He suffered the injury last Sunday, November 27th, 2021 when the Carolina Panthers lost to the Miami Dolphins with a final score of 33 to 10.

This is the second serious injury of the 2021 – 2022 season of the National Football League for McCaffrey. The first one occurred back on September 23rd, 2021 Christian came up limping after a play during the Carolina Panthers Thursday Night Football game against the Houston Texans from NRG Stadium located in Houston, Texas. The Carolina Panthers defeated the Houston Texans in that match – up with a final score of 24 to 9, and the Carolina Panthers had gotten off to a very hot start at that point with an overall record of 3 and 0 to the beginning of this NFL season.

McCaffrey was forced to leave that Thursday Night Football game against the Houston Texans early in the second quarter after he pulled up limping following a 2 – yard rushing attempt due to a strained hamstring injury. On Friday, September 24th, 2021 the Carolina Panthers and their head coach Matt Rhule expressed to the media that Christian will have to miss at least a few weeks of football activities while he recovers from this recent injury.

Back in the end of September of 2021 there were only two players in the entire National Football League that produced over 40 % of their team’s offensive output, and they were Derrick Henry of the Tennessee Titans as well as Christian McCaffrey of the Carolina Panthers. Right now, both Henry and McCaffrey have experienced major season ending injuries that drastically hurt the chances of their teams making a nice NFL playoff run at the end of this year and into early 2022.

Replacing McCaffrey’s Running Back Spot on the Team Roster

Chuba is expected to start the next game for the Carolina Panthers. Hubbard and Freeman eventually finished that Thursday Night Football game in last September in which McCaffrey originally suffered his hamstring injury. Chuba had 52 – yards on 11 rushing attempts as well as 3 - catches for 27 - receiving yards. Royce had gained 17 – yards on his 5 - carries for the Carolina Panthers offense way back when hopes were high for this NFC South NFL franchise that is presently struggling with an overall record of 5 and 7. 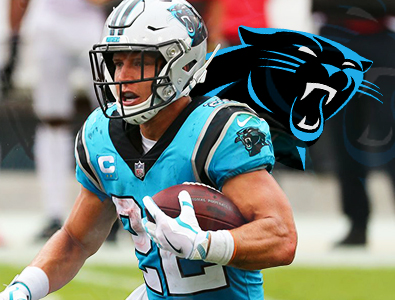 The Carolina Panthers are in 4th (last place) in the NFC South division right now, but the good news is that they resigned Cam Newton at the quarterback position to fill their stadium seats, and McCaffrey may not need surgery as long as his ankle injury heals correctly on its own as the doctors are predicting it will. Christian should be back to 100 % by the start of the 2022 – 2023 NFL season, but only time will tell how everything pans out for the Carolina Panthers as well as the 25 – year – old running back that used to dominate the NFL each and every Sunday that he stepped out on the field.

The superstar running back of the Carolina Panthers, Christian McCaffrey, posted on the Instagram, “I love playing football and have dedicated my entire life to what I believe to be the greatest sport in the world. Getting healthy and back on the field this season has been my focus every day from the time I wake up until I go to bed. I’ve put family, friends, and all other interests on hold so I can fully concentrate my efforts on treatment, training, practicing, studying, preparing, and playing the game I love at the highest level which is why my season coming to an abrupt end today leaves me devastated. I am thankful to everyone who continue to help and support me through this difficult time and promise I will fight with everything I have to return bigger, stronger, faster, and better than ever. #KeepPounding!”