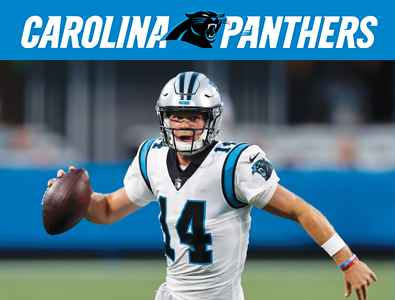 On Tuesday, November 9th, 2021 the Carolina Panthers confirmed that their veteran starting quarterback, Sam Darnold, has suffered an incomplete fracture of his right shoulder blade. Darnold will most likely be required to sit out the upcoming several weeks of the 2021 – 2022 NFL season with this somewhat severe injury to Sam’s right shoulder blade.

On Monday, November 8th, 2021 the Carolina Panthers’ head coach, Matt Rhule, explained to the sports media world that Sam had been reporting soreness in his right shoulder following the game versus the New England Patriots, and the Carolina Panthers’ 24 – year – old starting quarterback underwent an MRI which revealed an incomplete fracture of his right shoulder blade.

Too Many Interceptions for Sam Darnold this Season

The Carolina Panthers’ back – up quarterback, P. J. Walker, will replace Sam as the team's new starting quarterback beginning on Sunday, November 14th’s game versus the Arizona Cardinals. The Carolina Panthers have also announced that they are planning to sign the long - time veteran quarterback Matt Barkley from the Tennessee Titans' practice squad assuming that Barkley passes a mandatory physical examination.

In 9 - games this year, Sam has passed for 1,986 – yards as well as 7 - touchdowns while completing 59.5% of his passing attempts at the moment. Darnold has recorded 5 - rushing touchdowns as well this season. The Carolina Panthers are presently sitting in last place (4th place) of the NFC South with an overall record of 4 wins and 5 losses following an amazing 3 and 0 start to this exciting and unpredictable 2021 – 2022 NFL season.