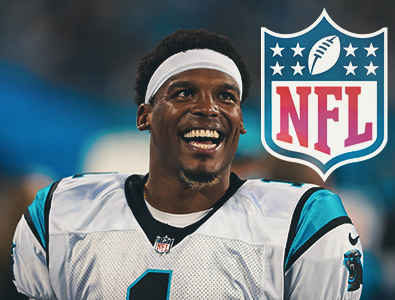 This new signing for 1 – year and roughly $14 million seems to be really quite basic. This deal they just worked out between Newton and the New England Patriots does not include a signing bonus or any guaranteed money. Apparently, there are incentives worked into this new agreement although they have not been disclosed to the public at the moment, but reports have indicated that the incentives included in the contract may total up to around $6 million. Cam is now scheduled to become an unrestricted free agent once again next year in 2022.

Cam was born and raised in Atlanta, Georgia where he played football, baseball, and basketball. He attended Westlake High School, and shortly into his high school years Newton quit playing baseball and basketball to focus on playing football at a high level. Following high school Cam originally enrolled at the University of Florida to play college football for the Gators. He then transferred to Blinn College in Brenham, Texas, and eventually transferred to Auburn University where he began to dominate the game of football for the Tigers towards the end of his college career. 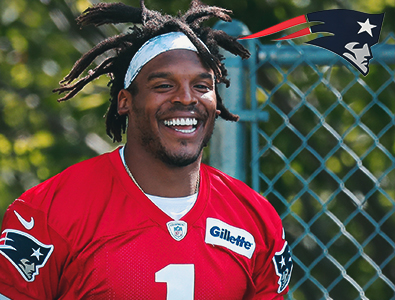 The quarterback that beat you with his arm or his feet was selected by the Carolina Panthers with the 1st overall pick in the first round of the 2011 NFL draft. Newton’s impact on the National Football League was felt immediately as he was able to physically do so much with the football in his hands, and he became very difficult for opposing defenses to defend against him.

Some of Cam’s biggest accomplishments in the National Football League revolve around the 2015 – 2016 NFL season. That year Newton led the Carolina Panthers to the Super Bowl 50 which they ultimately lost to the Denver Broncos with a final score of 24 to 10. Although he did not come up victorious in the Super Bowl, he did win the NFL’s regular season MVP award, the NFL Offensive Player of the Year award, the Bert Bell award, and he was named to the NFL’s First – Team All – Pro as well as the NFL Pro Bowl team all for his performance during the 2015 – 2016 season of the National Football League.

After finally getting healthy after battling numerous injuries and having multiple surgeries Cam was ready to move on from quarterbacking the Carolina Panthers, and find a new home in the NFL. Newton was signed by the New England Patriots on a 1 – year deal for last season. Throughout the 2020 – 2021 NFL season Cam completed 242 of his 368 pass attempts resulting in 2,657 passing yards, 8 passing touchdowns, and 10 interceptions.

Although those are not then most glamorous numbers for an NFL starting quarterback these days Newton did not have quality skill position players to move the ball downfield with, and he was forced to make things happen on his own often times. He was effective as a rusher though as he ran for 592 rushing yards on 137 attempts (which equates to 4.3 yards per carry) as well as 12 rushing touchdowns. Look for him to try to improve upon his performance from last year with this year’s squad of players for the New England Patriots.

According to Intertops sportsbook these are the odds to win Super Bowl LVI as of Friday, March 12th, 2021.