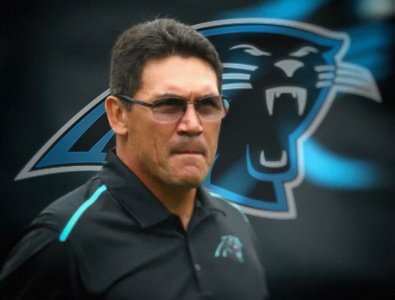 It has been an extremely rough past year or two for the former starting superstar quarterback of the Carolina Panthers, Cam Newton. He has suffered severe injuries to his shoulder and his foot both of which required surgical procedures in order to repair them. His health has forced him to miss the majority of the games last year as well as the final two games of the 2018 – 2019 season of the National Football League.

The Panthers unfortunately released Cam shortly after they acquired the New Orleans Saints former quarterback and recent top free agent, Teddy Bridgewater, earlier this NFL offseason. Things seemed to only get worse for Newton as the majority of the franchises in the National Football League chose not to pursue him once he hit the free agency market after his release from the Carolina Panthers on Tuesday, March 24th, 2020. In fact, the NFL’s Most Valuable Player in 2015 was only looked at by two teams as a possible roster addition for this upcoming football season.

Contract with the Patriots

One of those two teams happened to be the Patriots, and they signed Newton to a short-term low risk high reward deal earlier this week. The New England team and Newton came to terms on a 1-year contract for $1,750,000. The agreement includes only $550,000 of guaranteed money due at the signing. There is an active roster bonus of $43,750 per game, and there are incentives built in to the one year contract totaling $6.5 million.

The Quarterbacks on the Roster

Besides Cam Newton, the Patriots have their fourth-round selection from the 2019 NFL draft, Jarrett Stidham, on their team roster. They also have the very mediocre 11-year veteran of the National Football League, Brian Hoyer, listed on the New England Patriots depth chart at the quarterback position.

At the moment the Patriots rookie free agents J'Mar Smith and Brian Lewerke finish out the current list of quarterbacks available to the New England Patriots as they near the start of the vastly approaching training camp. According to the head coach of the Patriots, Bill Belichick, these player’s roles will be determined by their on the field performance, and they have yet to determine the starting quarterback for the upcoming 2020 – 2021 NFL season. 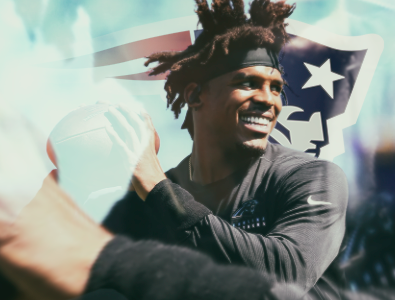 Cam Newton posted this on Instagram: "I'm excited as I don't know what right now!" along with the hashtag "#LETSgoPATS."

A source close to Newton told Adam Schefter of ESPN that Cam is, "Checking out well," and that he is, "He is hungrier than ever and eager for the next opportunity."

"He's headed in the right direction," Newton’s former head coach with the Carolina Panthers Ron Rivera stated. "I mean, he's probably about as healthy as it gets from what I've seen on video. I think he's ready to bust out.

"I would never bet against the young man, that's for sure."

"We've been in this tough situation because there was a number of veteran guys that we liked, but we have to find out what we have in the young guy, and that's the benefit of being a new head coach is that we can go ahead and we can be patient," Rivera explained. "We can put these guys through workouts and get to know what we have and feel good about it or don't feel good about it, and then we've got to go out and make some changes.

"But until we get that opportunity to know what we have, it would have been very hard to bring in a guy who's had such a solid career, who was league MVP at one time [in 2015], and expect the young guy to get chances to grow. So I just felt that because of our circumstances we could play this slow -- and good for [Newton], he went to New England, which I think is going to be a great spot for him and I think he's going to have a lot of success."

"He's really had to find his way through it, and he's done a great job with it."

"I've had some moments where it was pretty tense, and there's a lot of sacrifice," the New England Patriots wide receiver Jakobi Meyers said. "I've had to tell my family, 'I can't do anything with you right now, because I've got to focus.' The expectations are something you feel as soon as you get here."

"You almost wonder, Why would the league allow this?" says the private quarterback coach that has worked a lot with Newton, George Whitfield. "From a competitive standpoint, Cam and Belichick is a natural fit. It literally takes a shark to recognize another shark."

"Suggesting that Cam can't adapt to Belichick is a lazy narrative," Whitfield stated. "Cam recognizes this as a singular opportunity. I can imagine Belichick telling him, 'You have goals, and you have a chip on your shoulder. We have goals, and our shoulders look the same as yours -- just not as big.'"

"I think because of Bill, the whole Patriot Way has a little bit of a myth to it," the New England Patriots cornerback Jason McCourty explained. "The guys who are here and part of it don't really see it like that."

"I cringe every time I hear people ask, 'Can he do it from the pocket?'" Whitfield says. "Cam's extremely bright. He's nuanced. There aren't going to be any coverages where he looks up and says, 'I've never seen this before.'

"He can play in the pocket -- it's what he's been doing -- but he also has the world's biggest and baddest parachute on his back, and when he's in trouble, he can just reach out and pull it."

"This is not about money for me, it's about respect," Newton expressed.

Richard Sherman tweeted: "How many former League MVPs have had to sign for the min? (Asking for a friend.) just ridiculous. A transcendent talent and less talented QBs are getting 15/16m a year. Disgusting."