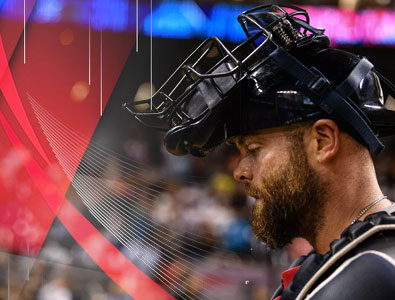 On Wednesday, October 9th, 2019 the Atlanta Braves catcher played in his last Major League Baseball game as he announced his retirements immediately after the Braves were eliminated from the 2019 MLB postseason. The Atlanta Braves were slaughtered on the field that day as the St. Louis Cardinals scored 10 runs in top of the first inning, and they ended up winning the game 13-1.

Brian McCann’s final professional baseball game as a player which was described above was enough to make anyone want to quit the game for good. It was a sad day for the Braves fans as they were eliminated from the MLB playoffs in the decisive winner take all game 5 of the National League Divisional Series against the St. Louis Cardinals.

McCann was very well liked by his teammates, coaches, and the organizations that he represented every time he put his uniform on. As many catchers are, he was known for being a great team leader and he had a strong influence on all the ball clubs that he was around during his time in the big leagues. Although he may not be an MLB Hall of Fame player, he will go down in baseball history as a great player who was an amazing competitor.

"This is it for me," McCann said in the club house to reporters declaring that he made up his mind on retiring after this season about 6 weeks ago. "I'm going to go home and be a dad and play with those kids."

"Yeah, he knew," McCann explained in regards to letting his manager know. "I've known him for a long, long time. He was my Double-A manager. Being able to do this with him as my manager is something I'll always remember."

"This is everything that I wanted to do," he said. "I wanted to come back and get a chance at the postseason."

Former player for the Atlanta Braves, Chipper Jones, had this to say on Twitter, “To one of my favorite teammates ever.....congrats on a fabulous career! Thanks for keeping me young and keeping me from retiring a couple yrs earlier. Ur a true pro, a leader of men, a great father and a best friend! Have a great retirement, Brian McCann! Ur the best out there”

“Brian McCann is one of the best catchers to ever play the game but also the best dude I met in Professional Baseball. Love you bro,” Alex Bregman stated.