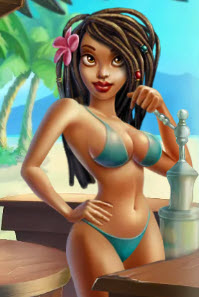 Evoplay Entertainment is an online casino game developer that has bases of operations in both the Ukraine and Malta. The group develops a slew of different video slots, table games, and instant win titles, which are then in turn deployed to casino operators who can offer them to their players. The quality of the games is very high, matching the production values that match big-name developers such as NetEnt and Playtech.

Evoplay is making waves with the development of their games. The group has developed standard titles, but they’re also dipping their toes into new areas as well. In 2018 they showed off VR slots and 3D games, both of which are rarities in the industry. Keeping up with trends, they develop all of their games in HTML5 format and in high definition, ensuring that visuals look crisp whether you’re playing on your computer or smartphone.

In terms of regulation, Evoplay holds a Curacao gaming license, and is working on certification in Malta as well as the United Kingdom. Gaining licenses in these jurisdictions will give the company more credibility in the gambling industry, as the systems behind the software have to be independently audited and certified by outside groups.

The future seems very bright for Evoplay, as they are taking things into new directions while maintaining high quality on the traditional games. We’re excited to see where Evoplay Entertainment goes from here and will follow up as they continue to break ground.

At the time of this review, Evoplay offered six table games and eight "Instant Games." The Instant Games were simple games of chance like picking which card out of three would be the Red Queen. Unfortunately, none of the table games were working at the time of this review, so I had to go off of what I could from screenshots and product descriptions in their Product Sheets. The screenshots you see of their table games were from these Product Sheets, I hope they don't mind.

If Evoplay should get their table games working on their web site, somebody please let me know.

Teen Patti has a similar structure as Three Card Poker, but has different rules in a number of ways. The help file does a poor job of explaining the rules, so I'm afraid I will have to wait to analyze this until I can figure out what the rules are.

Book of Keno is a keno game played with 36 balls instead of 80. The following is the pay table.

The next table shows the return for each number of picks. You can see it is highest at 96.11% for both the pick 1 and pick 10.

For more information, please see my page on Book of Keno.

Crown & Anchor is a simple dice that works like the single number bets in sic bo. The player bets on one of six sides of the dice, three dice are rolled, and the player wins according to how many land on the chosen side.

The following table shows the probability and contribution to the return of the 3-2-1 pay table Evoplay uses. The lower right cell shows a house edge of 7.87%.

For more information, please see my page on Crown & Anchor.

Magic Wheel is a simple carnival game type of bet, where spinning wheels determine what the player wins. I did the math on it, assuming each slice had a probability according to its size, and got a return of 83.98%. However, the help file indicates a return of 96%. So, I assume the wheels are weighted, favoring the larger prizes. The help file is of no help as far as the probabilities so this is the best I can do with this game.

The following list shows the bets available in Evoplay's baccarat game and the associated house edge.

The Evoplay Entertainment web site indicated they have a blackjack game, but when I tried to play it, only the table would load. There were no buttons to make a bet. From the product sheet, I can tell you the following about the rules:

That 7-7-7 bonus cuts the house edge by 0.06%, assuming six decks and the player always hits a 7-7. There will be some cost in the original bet to hitting a 7-7 against a 2 to 7, where the player should normally split, assuming double after a split is allowed.

I don't know the other rules, so can't calculate a house edge myself, but I can say the Product Sheet claims a return of 99.6%, which equates to a house edge of 0.4%.

Four Aces is like the game Three Card Monty, except there are four cards and the player can choose how many win, from one to three. Naturally, the fewer cards that win, the more you can win. The expected return is 96%, regardless of how many winning cards there are. For all the math and details, please see my page on Four Aces.

For more information, please see my page on Heads or Tails and scroll down to the section on the Evoplay rules.

High Striker is one of the most innovative casino games I've ever seen. Briefly, it is making a bet, which grows at a rate of 6.15% per second, but could crash to zero at any point. The help files contradict themselves on the fine points, but I believe the expected return to be either 98% or 98.04%.

For more information, please see my page on High Striker.

MoreLess is a simple game in which the player predicts whether a random number from 1 to 100 will be less, equal, or greater than the previous number chosen. Odds are commensurate with the probability of winning. For all the rules and analysis, please see my page on MoreLess.

The Evoplay Entertainment web site indicated they have a Caribbean Stud Poker game, which they call Oasis Poker Classic, but when I tried to play it, only the table would load. There were no buttons to make a bet. Screen shots from the Product Sheet indicate that the player may play up to three hands at once.

The Evoplay Entertainment web site indicated they have an Oasis Poker game, but when I tried to play it, only the table would load. There were no buttons to make a bet.

There are lots of versions of Oasis Poker out there. Without the ability to play it, I can't report on which rules they follow, but I can say that they allow switching one to five cards, for a price. They don't say what that price is. However, a common version requires a fee of 1x the Ante to switch one or five cards, 2x to switch 2 or 4, and 3x to switch 3. If that is the case, and assuming the normal 1-2-3-4-5-7-20-50-100 pay table, the house edge is 1.04% with optimal strategy. The Product Sheet claims a return of 99.7%, but I have no idea where they get it from and am a little skeptical of it.

Props to Evoplay for offering this obscure game outside of eastern Europe. I address the game in general in my page on Lunar Poker, which this game also gets called. Briefly Russian/Lunar Poker is like Caribbean Stud Poker, but the player can do all kinds of things, like buy cards, make the dealer switch cards, and has a surrender option, to protect a good hand against the dealer not qualifying.

Like all the other Evoplay table games, their web site wasn't working at the time of this review (January 7, 2019), so I don't know the details of the rules they follow. Their Product Sheet claims a return of 99.7%, but they also claim that for Caribbean Stud and Oasis Poker, so I suspect that is from another game that they never updated.

Feel free to try to play it for free on the Evoplay web site. Like I said, it didn't work for me. If it works for you, please let me know so I can update this review.

Red Queen is yet another Three Card Monty type of game. The win for picking the red queen out of three cards is 2.88 for an expected return of 96%. For all the details, please see my page on Red Queen.

Evoplay calls their version of this classic game Rock Paper Scissors — Viking Mode. Instead of scissors they have two daggers and the paper looks like a scroll. Wins pay 1.92 for 1. If you count ties as a bet resolved, the expected return is 97.33% and if you don't, then it is 96%.

For more information, please see my page on Rock Paper Scissors, which also covers a version by Playtech.

Roll the Dice is a simple game of luck betting whether the total of the roll of two dice will be over or under any chosen number by the player. Unlike Evoplay's other "Instant Games," which generally have a return of 96%, this game gets as high as 98.33% (on the under 10 and over 4 bets). For all the details, please see my page on Roll the Dice.

The Evoplay Entertainment web site indicated they have a single-zero roulette game, but when I tried to play it, only the table would load. There were no buttons to make a bet.

The house edge on every bet in single-zero roulette is 2.70%.

Evoplay slots are fun, casual, and have a good sense of humor. Most are standard five reel games, but they also some of the Candy Crush variety, with a matrix of collapsing symbols. The reeled games have the same kind of features seen elsewhere like expanding wilds, exploding wilds, free spins, and multipliers.

Some games indicate a return percentage and some don't. Here are some of the games, based on a random sampling, that did disclose this information.

Thimbles is basically the same thing as Red Queen — a Three Card Monty game that pays 2.88 for 1 on a win, equating to an expected return of 96%. For all the details, please see my page on Thimbles.