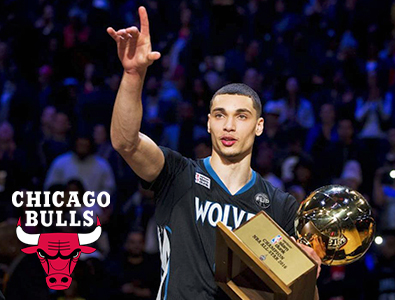 On Friday, April 9th, 2021 the Chicago Bulls veteran superstar shooting guard/small forward, Zach LaVine, scored his career-high 50 points in the Chicago Bulls 120 to 108 loss to the Atlanta Hawks. LaVine put up an absolutely amazing 39 points in the first half of this basketball game as he couldn’t be stopped dropping buckets all over the Atlanta Hawks defense from the start of the game to the end of the contest.

Throughout LaVine’s 39 minutes of service during Friday night’s basketball game he scored 50 points, grabbed 8 rebounds, dished out 5 assists, and only turned the ball over 3 times over the course of this match up against the Atlanta Hawks. Zach shot 18 out of 31 from the field, 7 out of 12 from three-point land, and he drained 7 of his 8 total free-throw attempts.

Following the game LaVine had this to say to media, "I just got in a rhythm. My 3s started falling and then I can get to the midrange and get to the hoop. I was trying to get to the free throw line late in the second quarter because I was so damn tired. Trying to get a little bit of a break."

During this win for the Atlanta Hawks their young superstar point guard Trae Young has one hell of a game himself. Over the course of the 38 minutes he played in this match up, Young scored 42 points while shooting 15 out of 25 from the field, 1 out of 6 from three-point distance, and he made 11 of his 14 free-throw attempts. Trae also pulled down and gripped 8 total rebounds, dished out 9 assists to his teammates, and he only turned the basketball over 4 times. Young demonstrated how valuable a player he is to the Atlanta Hawks, and he seems to have the ability to take a game over just like LaVine does for the Chicago Bulls.

The now 6-foot 5-inch, 200 lb. shooting guard/small forward playing in the National Basketball Association was originally from the suburbs of Seattle, Washington as he was born in Renton, WA. Zach attended Bothell High School which is located in Bothell, Washington. LaVine committed to and ultimately enrolled at the University of California Los Angeles (UCLA) to play basketball for the Bruins. 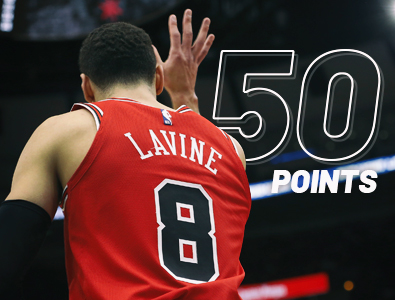 LaVine was selected by the Minnesota Timberwolves with the 13th overall pick in the first round of the 2014 NBA draft. Zach played on a horrible team in Minnesota with the Timberwolves from 2014 to 2017. On June 22nd, 2017 LaVine was traded from the Minnesota Timberwolves along with Kris Dunn as well as the rights to Lauri Markkanen who was the 7th overall selection in the 2017 NBA draft, to the Chicago Bulls in exchange for NBA All-Star Jimmy Butler and the rights to Justin Patton who was the 16th overall drafted player in the 2017 NBA draft.

Zach has now played with the Chicago Bulls from 2017 up until the present, and he has developed in to one of the NBA’s premier scorers who can get buckets in a variety of different ways. He is an outstanding shooter as he pops and drains a lot of three-point shots, and he has the high – flying ability to drive and take the ball hard to hole.

Over the course of LaVine’s 7-year career in the National Basketball Association he has averaged 18.9 points per game, 3.8 rebounds per game, 3.8 assists per game, 0.9 steals per game, and 0.3 blocks per game. Look for him to increase those career statistics over the upcoming several season of playing pro ball in the NBA as he can really light up the score board these days especially now that he has developed quite the deadly 3-point shot to his arsenal.

According to Intertops sportsbook these are the odds as of Monday, April 5th, 2021 to win the 2020-2021 NBA championship outright. Currently the Chicago Bulls hold the 12th worst odds out of all 30 active franchises in the National Basketball Association.