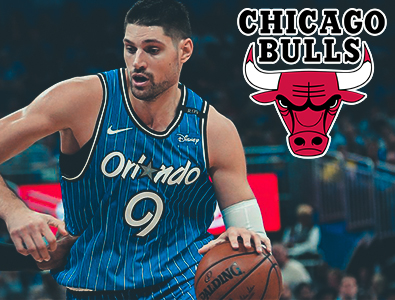 On Thursday, March 25th, 2021 just prior to deadline for the trade deadline set by the National Basketball Association the Orlando Magic have decided to trade their NBA All-Star center Nikola Vucevic as well as forward Al-Farouq Aminu to the Chicago Bulls in exchange for Wendell Carter Jr., Otto Porter Jr., and two first-round draft picks. Those first round draft selections going to the Orlando Magic will be for the 2021 and 2023 NBA drafts.

Through a separate trade with the Boston Celtics, the Chicago Bulls have also acquired center Daniel Theis in return the Boston Celtics will receive power forward/center Mo Wagner who the Chicago Bulls picked up earlier in the day on Thursday in a whole other trade negotiated successfully with the Washington Wizards. I know it is a lot to consume all at once so I will break it down in an easier way to understand right below.

The Orlando Magic picked up:

The Washington Wizards just got:

The transaction for the Chicago Bulls to scoop up Vucevic from the Orlando Magic was enormously huge for the young, agile, and rebuilding Chicago Bulls basketball squad led by their head coach, Billy Donovan. Nikola possesses all the skills and talents that anyone could ask for out of a center or big man that plays like a guard or small forward. He can handle the ball well, dish out sweet passes to his teammates, shoot from all over the court including behind the three – point stripe, and yank down rebounds.

The president of basketball operations for the Orlando Magic, Jeff Weltman, had this to say regarding Nikola Vucevic, "Anytime you trade a player like Nikola, it is a tough decision to make. 'Vooch' will go down as one of the best players to ever wear a Magic uniform and we can't thank him enough for all the contributions he made to the organization, both on and off the court."

Vucevic is currently averaging a career-best 24.5 points per game as well as pulling down an average of 11.8 boards per ball game while altogether hitting 40.6 % of his three – point shot attempts. The talents and basketball I. Q of the 30-year-old veteran big-man originally from Switzerland will help the Chicago Bulls transform their team from a nobody to someone the National Basketball Association should be aware of. 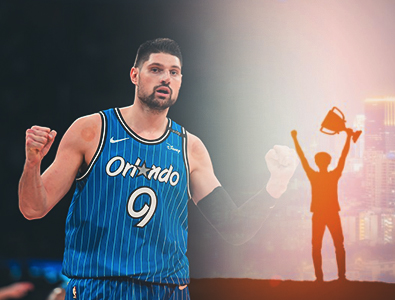 According to Intertops sportsbook these are the odds as of Tuesday, March 23rd, 2021 to win the 2020 – 2021 NBA championship outright. Teams in bold below were involved in the deals discussed above.