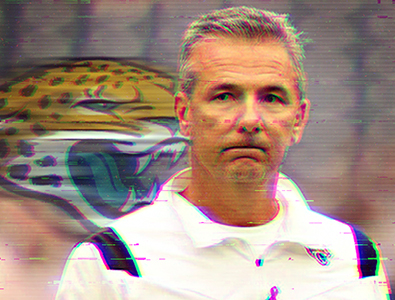 On Wednesday, December 15th, 2021, the Jacksonville Jaguars and their owner Shad Khan have publicly announced that they are moving on from Urban Meyer as their head coach after only 1 – tumultuous season of him managing their football team. Meyer only lasted 13 games during this 2021 – 2022 NFL season, and Urban compiled an overall record of 2 and 11 which is good for a dismal winning percentage of .154.

After a great deal of success as a head coach in the NCAA college football system (3 – time NCAA Division I National Champion in 2006, 2008, and 2014), Meyer took over as the head coach of the Jacksonville Jaguars beginning prior to the start of the 2021 – 2022 season of the National Football League, and ever since then Urban has been nothing but a problem for the struggling Jacksonville Jaguars.

Meyer’s Off of the Field Issues with the Jacksonville Jaguars

Meyer has been accredited of hiring a strength and conditioning coordinator who has been accused of bullying black players on the team and making extremely inappropriate and racist comments.

Urban has been caught on video tape spending his recreational time at a bar with a woman that was clearly not his wife, and that was not very well received by the Jacksonville Jaguars organization.

There have been reports of the Jacksonville Jaguars’ players and the staff there having strong and dysfunctional tensions with Meyer from the day that he was hired up until the present day.

Finally, Urban was most recently reported on by the Tampa Bay Times on Wednesday, December 15th, 2021 for cursing at and kicking the former Jacksonville Jaguars kicker, Josh Lambo, during warm – ups just prior to game this season. That was the last off of the field issue or straw as to why Urban Meyer was fired from his position as the Jacksonville Jaguars head coach as of Wednesday, December 15th, 2021.

Hopefully the new head coach of the Jacksonville Jaguars can pull them up out of the bottom of the barrel of the AFC South division of the National Football League. The Jacksonville Jaguars have an outstanding young quarterback in Trevor Lawrence to build around as Lawrence was the number 1 overall NFL draft selection during the 2021 NFL Draft. 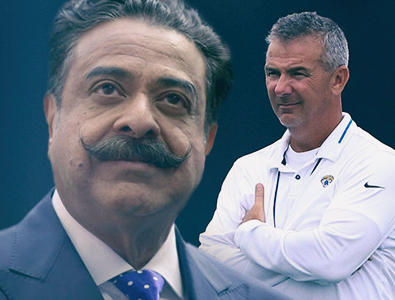 "After deliberation over many weeks and a thorough analysis of the entirety of Urban's tenure with our team, I am bitterly disappointed to arrive at the conclusion that an immediate change is imperative for everyone," the owner of the Jacksonville Jaguars Shad Khan formerly stated. "I informed Urban of the change this evening. As I stated in October, regaining our trust and respect was essential. Regrettably, it did not happen. In the spirit of closure and recharging our players, staff and fan base, I will not comment further until some point following the conclusion of the (2021 – 2022) NFL season."

"Just stupid, and so I explained everything that happened and owned it," the former head coach of the Jacksonville Jaguars Urban Meyer proclaimed. "Just stupid. Should not have myself in that kind of position."