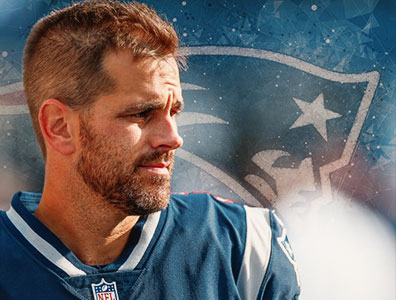 Then New England Patriots just found out they lost their place kicker, Stephen Gostkowski, for the remainder of the season. Apparently, he has been scheduled for surgery on his left hip. Losing your kicker doesn’t sound like a big deal, but it does have drastic implications on games especially late on in the season.

Gostkowski is the Patriots’ all time leader in points scored as well as field goals made. Football is a game of inches. Sometimes it takes a kicker to put you ahead at the very end of the game when you really need him to come through for the victory.

The player has been the kicker for the New England Patriots since 2006, and now they have to rely on someone else to fill his void as they will most likely win their division and make the NFL playoffs once again.

After a bunch of workouts, the New England team has narrowed their search down to 32-year-old Kai Forbath and 37 year old Mike Nugent as of now. Tom Brady better be ready to put one of his last seasons in the hands of an unproven place kicker. Elliot Fry, Blair Walsh, and Matthew Wright also auditioned for the job of being the place kicker for the Patriots.

"He's meant a lot to this team, and you see a lot of that in the record books," veteran safety, Devin McCourty, explained. "... But I always speak on how much he means to the locker room. So he'll definitely be missed throughout the year, having his presence in there."

"Whoever the next guy is that comes in here, he doesn't need to try to be Steve or try to be Adam Vinatieri; he just needs to be himself," says special-teams captain of the Patriots, Matthew Slater. "He'll be here for a reason and that reason will be because Coach Belichick thinks he's going to give us the best chance to help this team win games. We'll support him. We'll do what we can to help him adjust."