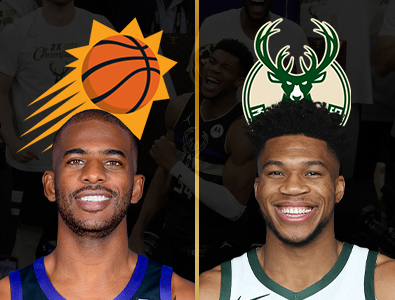 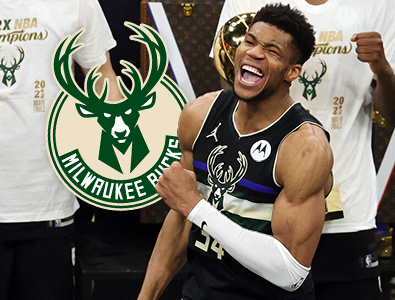 Chris Paul was most likely leading this 2021 NBA Finals MVP race after the first two games that were heavily dominated by the Phoenix Suns from the Footprint Center located in Phoenix, Arizona. Although the Suns have struggled over the course of the last three basketball games, if for some reason Phoenix plays their asses off and they win game 6 as well as game 7, then I am guessing Chris Paul had a lot to do with that championship effort, and Paul will most likely take home the 2021 NBA Finals MVP award at that point. Chris is averaging 21.0 points per game, 2.8 rebounds per game, 8.8 assists per game, 0.6 steals per game, and 0.2 blocks per game so far during the 2021 NBA Finals. When it is all said and done Chris Paul should be a no-doubt Basketball Hall of Fame inductee. 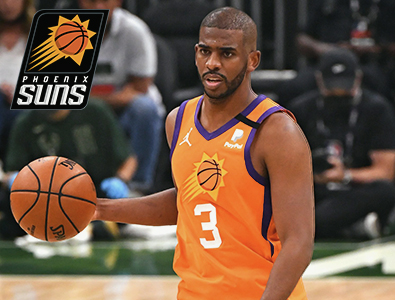 Middleton started of this crucial and final series of the 2020 – 2021 NBA season slow, but he has come on tremendously strong as of late. In game 4 of the 2021 NBA Finals Khris scored an amazing 40 points, grabbed 6 rebounds, dished out 4 assists, and stole the ball two times while only turning the basketball over one time during this “must win” game for the Milwaukee Bucks who seemed to have taken over the momentum of the 2021 NBA Finals ever since they began game 3 from their home court. Middleton is currently averaging 25.4 points per game, 6.6 rebounds per game, 5.4 assists per game, 1.0 steals per game, and 0.0 blocks per game throughout the first 5 games of this rollercoaster of an NBA Finals series.

Jrue Holiday has been a constant force for the Milwaukee Bucks throughout the entirety of the 2021 NBA Playoffs. He does it all as he creates shots for his teammates as well as himself, and he comes up huge in big – time game situations when clutch is king. Holiday is averaging 17.6 points per game, 5.6 rebounds per game, 9.0 assists per game, 1.8 steals per game, and 0.8 blocks per game so far during these 2021 NBA Finals.