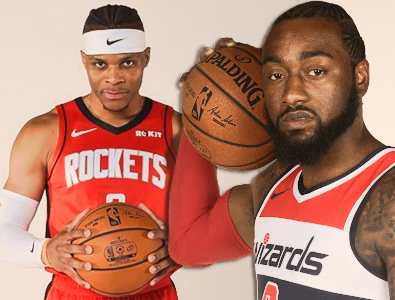 As the extremely short offseason of the National Basketball Association continues to unfold there was yet another superstar blockbuster trade. The Houston Rockets have agreed to send point guard Russell Westbrook to the Washington Wizards in exchange for point guard John Wall as well as a lottery protected first round selection in the 2023 NBA draft. This new agreement comes after each of the high profile point guards involved have been asking their organizations to trade them as they both seemed to be unhappy with their previous teams and situations.

Although Westbrook did put up solid numbers during his one year run with the Houston Rockets, things soured between Russell and the Rockets toward the end of the unusual 2019 – 2020 NBA. Throughout last season Russ averaged 27.2 points, 7.9 rebounds, and 7.0 assists per game even after coming off of knee surgery as well as adapting to his new team, but his year concluded on a low note when he failed to report on time to the NBA's Walt Disney World bubble because he contracted the COVID – 19 followed by a strained right quadricep injury causing him to miss crucial games early on in the bubble. Upon his return to the Rockets line up Westbrook averaged 17.9 points, 4.6 assists, and he shot 42.1 % from the floor during the playoffs.

Westbrook seems to be optimistic to be back playing under his former head coach with the Oklahoma City Thunder in Scott Brooks. Russ has been an NBA All Star 9 of the previous 10 seasons, and he has joined Oscar Robertson as the only players in the history of the NBA to average a triple double for a season which he achieved his last three seasons while playing for the Oklahoma City Thunder. Look for Westbrook to try and bring his energy and relentless basketball style to the nation’s capital. 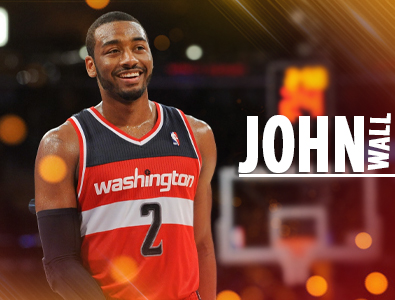 John Wall who now is quietly only 30 years old, has not played a game since December 26th, 2018 due to serious injuries to his Achilles tendon as well as his knee. Currently Wall is still owed $132 million on his contract. He was at one point the building block for the Washington Wizards to structure their franchise around, but the Wizards were never able to find success with him as well as other great complimentary players like Bradley Beal over the course of the last decade or so. John definitely has a lot to prove as he will now play the point for the struggling to get over the hump Houston Rockets. Hopefully after all of the injuries he has battled Wall can still be as quick and explosive as he once was early on in his collegiate and NBA career.

“Having the opportunity to acquire a player of Russell’s caliber and character was something that we could not pass up when looking at both the immediate and long-term future of our team,” the general manager of the Washington Wizards, Tommy Sheppard, stated. “With that said, the decision to part ways with John, one of the greatest players in franchise history, was extremely difficult. What he has meant to our organization and our community is immeasurable and will not be forgotten.”

Sheppard claimed Wall and him speak, “Pretty much every other day and characterized their relationship as very, very close.”

“Everyone now has to watch out for the Wizards! They traded for Russell Westbrook today,” Magic Johnson tweeted. “Westbrook / Beal will terrorize the East and make the Wizards a playoff team.”

“He has been a great, all-star caliber player and a fantastic citizen and leader in our community,” the owner of the Washington Wizards, Ted Leonsis, explained. “I am proud of how hard John has worked to come back to the league after two years away from competing. Our fans, our franchise and I will miss him very much.”