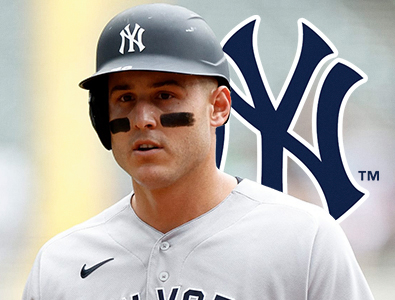 If the New York Yankees decide not to pick up that club option on Rizzo’s deal than he will become an unrestricted free agent once again in 2025, but it they do exercise that club option Anthony will be scheduled to hit the MLB free agency market in 2026.

Anthony was originally traded by the Chicago Cubs to the New York Yankees just prior to the 2021 Major League Baseball trade deadline, and then Rizzo ultimately decided to return to New York to play for the Yankees for the 2022 MLB season on a two - year, $32 million deal which included an opt out after the first year.

Throughout the past MLB season Rizzo managed to crush 32 - home runs for the 4th - time in his illustrious professional baseball career, and previously Anthony had never hit more dingers. Rizzo finished his 2022 MLB campaign with a total of 75 - RBIs over the 130 - games he appeared in despite carrying the low batting average of .224. The now 33 - year - old platinum - glove first – baseman was unfortunately sidelined between August 31st, 2022 and September 18th, 2022 due to extreme back pain and headaches that resulted from an epidural injection to treat his back.

Anthony has suffered from chronic back pain for the duration of his Major League Baseball career, but he has always managed to be considered one the greatest assets of any ball club that he has ever played for.

Immediately upon his arrival in New York to join the Yankees ball club, Rizzo quickly became a favored teammate for many of the current Yankees, including Aaron Judge who is also an MLB free agent at the moment.

Judge is currently in talks with several Major League Baseball franchises who are looking to sign his during this 2022 - 2023 MLB offseason including the Los Angeles Dodgers, the New York Yankees, and his home - town San Francisco Giants. The San Francisco Giants have been claiming they will spend whatever it takes to acquire Aaron Judge prior to the upcoming 2023 Major League Baseball season.

Left - Handed Batters Production for the New York Yankees in 2022