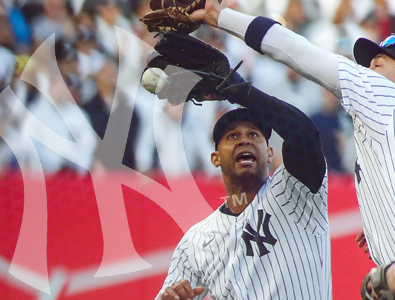 On Tuesday, October 18th, 2022 the New York Yankees veteran outfielder, Aaron Hicks, proclaimed that he will have to miss the rest of the 2022 MLB postseason following him injuring his left knee during a 3rd - inning shallow outfield collision with Hick’s teammate in his rookie shortstop, Oswaldo Cabrera, in Game 5 of the decisive American League Division Series (ALDS).

The New York Yankees went on to win the ALDS versus the Cleveland Guardians 3 - games to 2 - games, and the New York Yankees will now move on to face the Houston Astros in the American League Championship Series (ALCS) which will begin on Wednesday, October 19th, 2022.

Aaron had to go an MRI in order to determine the severity of his injury and that MRI revealed that Hick’s injury will now require at least a 6 - week recovery timeline which will unfortunately exclude Hicks from the remainder of the 2022 MLB postseason.

"Extremely disappointing," the New York Yankees outfielder in Hicks told the sports media outlets upon learning the disappointing news concerning the rest of his 2022 MLB postseason fate. "[This season] is something special and I wanna be a part of it."

The New York Yankees eventually beat the Cleveland Guardians with a final score of 5 to 1 during Tuesday's conclusive ALDS Game 5 in order to advance to the 2022 MLB ALCS, which is now scheduled to begin on Wednesday, October 19th, 2022 in Houston, Texas vs. the top - seeded and should be heavily favored Houston Astros of the American League West division of Major League Baseball.

With the New York Yankees leading the contest with a score of 4 to 0 in just the 3rd - inning of Tuesday afternoon’s game against the Cleveland Guardians, following home runs by both Giancarlo Stanton as well as Aaron Judge, the Cleveland Guardians outfielder, Steven Kwan, singled on a fly ball over 3rd - base into shallow left - field, which both Cabrera and Hicks attempted to catch, resulting in the friendly collision and ultimate injury of Hicks.

In his hard - fought try to catch that popup to shallow left - field, Hicks managed to tangle his feet as he crashed with his left shoulder in to Cabrera's upper body on the play. The New York Yankees manager, Aaron Boone, and the New York Yankees head athletic trainer, Tim Lentych, instantaneously headed over to Hicks with a concerned manner on their faces, who remained down after that play for at least several minutes. Hicks tested his running skills prior to being taken out of the game by his head coach in Boone.

The Cleveland Guardians would finally load the bases with just 1 - out vs. the New York Yankees starting pitcher, Nestor Cortes Jr., and catcher Austin Hedges scored via a sacrifice fly to decrease the New York Yankees' lead to 4 to 1 at that point.

Marwin González, who made his postseason debut in pinstripes for the New York Yankees after Hick’s injury, was brought in to the game as a defensive replacement. González has previously had very limited experience playing left - field at the historic and legendary new Yankee Stadium, with just 8 - prior appearances during the 2022 MLB season. 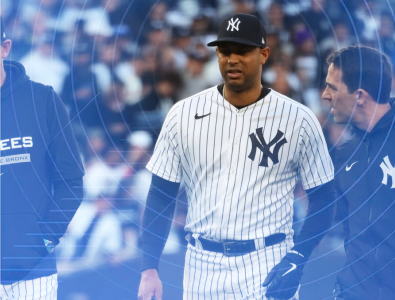 Replacing Aaron Hicks in the New York Yankees Line - Up

The New York Yankees have some basic versatility in their line - up in order to cover for Hicks' deficiency, particularly with the more than likely return of their star, D. J. LeMahieu (right foot discomfort), to the New York Yankees infield.

Marwin González as well as Oswaldo Cabrera both have some limited outfield experience so far during this 2022 MLB season. Since his major league debut on August 17th, 2022, Cabrera has played 37 - games in the outfield, which includes 3 - game during this postseason alone. The speedy Tim Locastro has also played in 26 - games in the outfield for the New York Yankees during the 2022 MLB regular season, mostly as a defensive replacement late in ball games.

Finally, Matt Carpenter, who was activated for the 2022 MLB postseason following him being out with a foot fracture since August 8th, 2022, also had 15 - outfield assignments for the New York Yankees. Carpenter, who has been very limited to being only a left - handed bat off of the bench for the New York Yankees, has disclosed that he feels completely healthy, and that his possibility of playing the outfield could now be on the table for the “Bronx Bombers.”