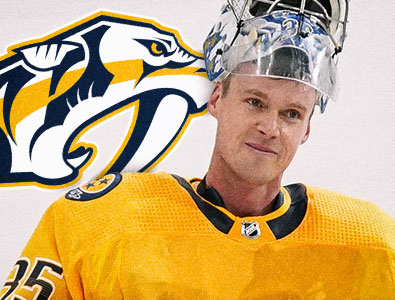 "A huge honor," Pekka Rinne stated. "It is. I consider myself very fortunate. There's been a lot of great players in this organization over the years, but also, I realized that I was lucky enough to play for a long time for this organization and that's obviously a big thank you to [general manager] David [Poile] as well.

"He believed in me and gave me an opportunity and I was able to have a long career here. Obviously, that creates a connection to this organization and to this city. I think that's obviously a big reason why I'm sitting here today."

Not too shabby for a man who just wanted to play for Finland’s national team which he obviously was able to do as well. Then Rinne was taken by the Nashville Predators with the number 258 draft pick during the 2004 NHL draft and that is when everything changed.

"After that, I started setting goals and dreams and started dreaming about the NHL way more," Rinne goes on to say. "Then good things started happening. Early on, I wasn't the most talented player growing up. After that, it's like a positive cycle start and a lot of good things happen." 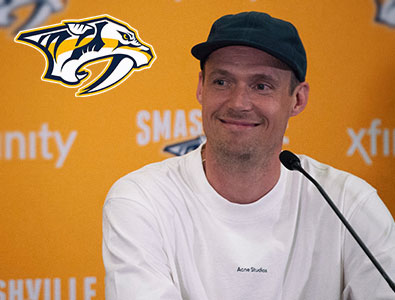 In July of 2021 Rinne announced publicly that he was retiring from playing ice hockey in the National Hockey League following his last career NHL game on May 10th, 2021 as the Nashville Predators defeated the Carolina Hurricanes with a final score of 5 to 0 in their 2020 - 2021 NHL regular - season contest.

He started that game by tying Tom Barrasso for the 19th most career NHL victories by a goalie, and it just so happened to be Rinne’s 60th NHL career shutout.

The Nashville Predators center Ryan Johansen pushed Pekka Rinne back out on the ice so he could take a lap around the ice following that final NHL game of Rinne’s illustrious professional ice hockey career. Johansen said Thursday he's a fan of Rinne, too.

"I think he might be one of the most respected guys to ever play this game that will have his jersey retired," the Nashville Predators center Ryan Johansen explained.

The Nashville Predators wasted no time following the announcement of Rinne retiring as they immediately arranged the plans to retire his number 35 in November of 2021.

Celebrations in order to honor the great goalie, Pekka Rinne, began last Monday, February 21st, 2022 as a goat at the Nashville Zoo was named after him in his honor. The conclusion of these festivities will occur when the Nashville Predators host the reigning Stanley Cup champions in the Tampa Bay Lightning at Nissan Stadium on Saturday, February 26th, 2022.

"Going back seven, eight years, I wasn't thinking about playing an outdoor game or having things like this happening in Nashville," Rinne expressed.

Rinne is a huge reason for why the Predators’ NHL franchise still remains in Nashville following them signing a 7 - year extension back in 2011. Rinne was the 2018 Vezina Trophy winner as the league's best goal - tender, and he ultimately went 369 - 213 - 75 throughout his amazing NHL career. The Kempele, Finland - born Pekka also has the most games played, victories, and shutouts by a Finnish goal - tender in the history of the National Hockey League.

"It's pretty special, especially as a Finn," says the Nashville Predator’s goalie, Juuse Saros. "I kind of always had a feeling this night would come and I wanted to be here for that. It's awesome."

Pekka has been a part of 3 - 40 - win NHL seasons, which is tied for the 2nd - most in NHL history as 1 of 7 goalkeepers to hit that challenging mark. He was 4th in the voting for the Hart Trophy back in 2011 following the Nashville Predators’ 1st – NHL Stanley Cup Playoff series win. 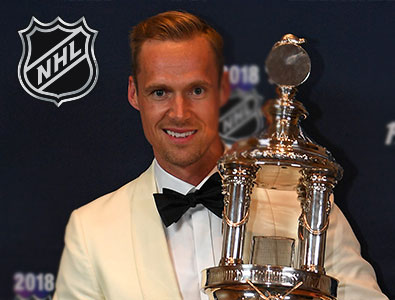