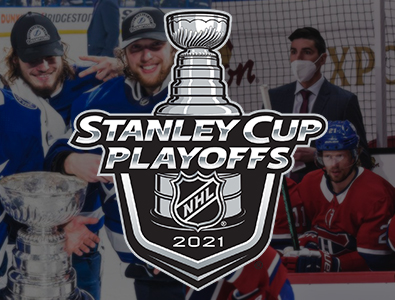 The franchise's only other Stanley Cup title came back in 2004 when Tampa Bay overcame a very strong effort from the Calgary Flames in a nail – biting 7 game thriller of a Stanley Cup Finals series in which the Lightning came out victorious in the game 7 of that series with a final score of 2 to 1. The Lightning won the overall final series of the 2021 National Hockey League season four games to the one against the Montreal Canadiens who were only able to squeak out one victory in the finals which came in game 4 of the 2021 Stanley Cup Finals.

Although the Lightning rookie sensation, Ross Colton, broke open the scoring at 13:27 in to the 2nd period of the intense ice action of game 5 with the Stanley Cup trophy waiting patiently in the constructs of Amalie Arena located in Tampa, Florida. Colton was set up and assisted on that huge goal by the Lightning defenseman, David Savard, who was the only other player on Tampa Bay's current player roster who had not won a Stanley Cup prior to Wednesday night.

With the Game 5 clinching victory the Tampa Bay Lightning improved to a very impressive 15 and 0 immediately following a loss in the playoffs over the past two NHL postseasons. This is the longest such streak in the history of the National Hockey League. By Tampa Bay beating the life out of Montreal on Wednesday, July 7th, 2021 to win the 2021 Stanley Cup Finals, it spectacularly marks the 15th NHL playoff series win for the Lightning since 2015. During that time span no other NHL franchise has won more than 9 total NHL postseason series.

The Montreal Canadiens were big – time heavy underdogs according to most major sportsbooks across the country entering this year’s Finals, and they had recorded the worst points percentage (.527) of any team to qualify for the 2021 NHL playoffs (16 total teams). The Montreal Canadiens did even not hold a lead at any point in this series except for when Josh Anderson of the Montreal Canadiens scored during the first period of Game 4. That goal snapped an extremely disappointing streak of 195 minutes and 39 seconds of game ice time without a lead in any game of the 2021 NHL Stanley Cup Finals for the legendary Canadian hockey team which has so much rich NHL franchise history. 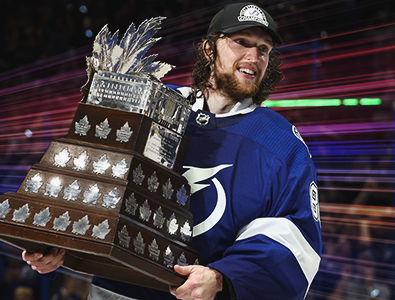 Andrei Vasilevskiy was voted in the as the winner as he valiantly led the Tampa Bay Lightning to repeat as Stanley Cup champions. Vasilevskiy made a heroic 22 saves in the Tampa Bay Lightning’s 1 to 0 sweet victory against the Montreal Canadiens in Game 5 of the Stanley Cup Finals from Amalie Arena in Tampa, FL. Andrei went 16 and 7 in the NHL postseason with 5 incredible shutouts, a save percentage of .937 as well as recording a 1.90 goals – against average in his 23 starts. The latest Conn Smythe Trophy winner was 7 and 0 in contests after a loss in each of the last 2 Tampa Bay Lightning playoff runs.

Vasilevskiy concluded each series during the 2021 NHL playoffs with a shutout that includes a 1 to 0 win versus the New York Islanders in their highly contested Game 7 match – up of the Stanley Cup semi – finals, and 5 straight, dating back to a 2 to 0 victory in Game 6 of the Cup Final last year against the Dallas Stars. Andrei is the first goaltender in the history of the National Hockey League to achieve a shutout in 5 consecutive series – clinching wins and the first to do it 4 times in a single NHL postseason. 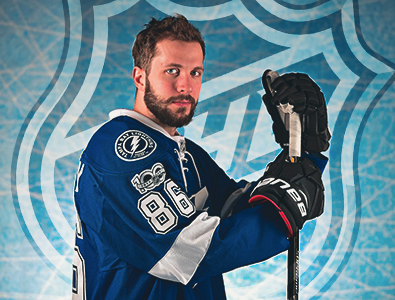 Nikita has now made some pretty astonishing history in National Hockey League as Kucherov became one of only three players in the history of the NHL to have ever scored 30 or more points in consecutive (back – to – back) postseasons. The other two players to have ever accomplished that unbelievable feat are Wayne Gretzky and Mario Lemieux who were two of the best players to ever lace up ice skates and pick up a hockey stick. Not only did both Gretzky “The Great One” and “Super Mario” Lemieux have long and decorated careers in the NHL filled with all sorts of all – time NHL records, a substantial amount of trophies / awards, and other truly impressive honors, but each of them dominated when it counted the very most as in the NHL playoffs as well as the Stanley Cup Finals.

"This group, no matter what happens from here on out, this group is going to be etched in history forever, and that's pretty fucking special," the Tampa Bay Lightning captain, Steven Stamkos, emotionally expressed. "I'm so proud of the guys. You can't soak it in yet. It's so fresh. It's so new. You don't even realize what's going to happen. We won the Stanley Cup, and we still have the Stanley Cup. That's just amazing. This is realistically the last time we're going to have the chance to all play together."

"COVID, going in the bubble for 60-plus days, starting the year with COVID, no fans, having a shortened season, basically, then bouncing back after we won the Cup two months later, then starting the season again with 56 games, and it's back-to-backs every other day, it takes a lot," the Tampa Bay Lightning veteran forward, Pat Maroon, explained. "To win the Stanley Cup, guys are banged up, guys are hurt."

"I'm so happy. I didn't want to go back to Montreal," the Tampa Bay Lightning’s superstar right – winger, Nikita Kucherov, relayed to the media Wednesday night. "The fans in Montreal, come on. They acted like they won the Stanley Cup last game. Are you kidding me? Are you kidding me? Their final was the last series, OK?"

The Montreal Canadiens’ Road to the 2021 NHL Stanley Cup Finals