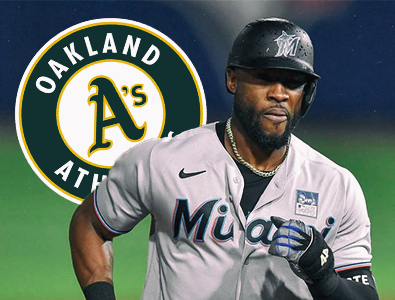 Second Major Move Oakland A’s Have Made this Week

Marte was named to the MLB National League All – Star team back in 2016, and his defensive efforts were honored as he won a Gold Glove Award in 2015 as well as another Gold Glove Award the following year in 2016. Over the course of Starling’s successful 10 – year Major League Baseball career he has compiled an overall batting average of .288 to go along with his 121 home runs, 472 runs batted in, and 271 stolen bases during his MLB career. 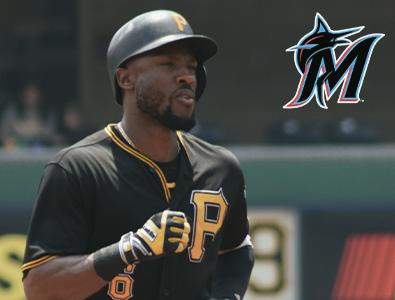 Throughout the current 2021 Major League Baseball regular season Marte is batting a very impressive .306 with 7 home runs as well as 25 runs batted in. Starling has also stolen 22 bases over the course of this 25 base stealing attempts this year. Unfortunately, Marte had to miss some time during the 2021 MLB season due to recovering from a fractured rib that he suffered earlier this year. The Oakland Athletics are thrilled to have acquired Starling from the Miami Marlins as the Oakland A’s fully believe that Marte was the best position – player available in Major League Baseball at the moment.

The future for Marte is unclear as he will become an unrestricted free agent following the conclusion of the 2021 MLB season. According to the Miami Marlins front office executives, the Miami Marlins franchise were unable to come to an agreement on a contract extension with Starling prior to the Major League Baseball trade deadline that is scheduled for Friday, July 30th, 2021 at 4 p. m. Eastern Time, and that is why the Miami Marlins decided to Trade Marte to the Oakland A’s.

Right now, the Oakland Athletics are 6 games behind the first place Houston Astros in the American League West standings heading into play on Wednesday, July 28, 2021. The Seattle Mariners are only one game behind the Oakland A’s, and the Seattle Mariners are 7 games behind the division leading Houston Astros. This is why the A’s decided to bring in some new talent to Oakland in order to drive production for the remainder of the 2021 MLB regular season in hopes of making the 2021 Major League Baseball postseason.

The 23 – year – old Luzardo has compiled an overall record of 2 and 4 with an earned run average (ERA) of 6.87 throughout his 38 innings pitched during the 2021 Major League Baseball season thus far. Jesus has appeared in 13 MLB games this year, and 6 of his 13 game appearances include six starts on the Mound for the Oakland A’s.

Luzardo had to be sidelined for approximately 4 weeks in May of 2021 due to a broken pinkie finger on his left – hand, which is his pitching hand, after the Venezuelan – Peruvian ball player banged a table as he became frustrated while playing a video game. This is the type of news that a professional ball club wants to receive, but at least it demonstrates his passion and competitive spirit while playing a game.

"We felt like Starling was frankly the best position player that was out there on the market," the Oakland Athletics’ general manager David Forst explained to the media prior to an Oakland A’s game against the San Diego Padres. "We've always said when the team performs and puts itself in a playoff position, it's on us to do whatever we can to try and help them. We've added two really solid pieces to help this team over the next two months.''