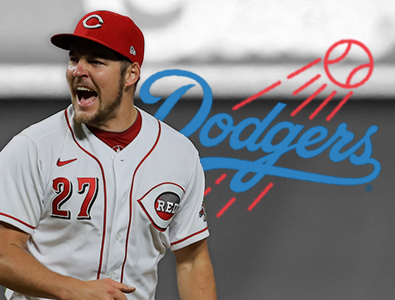 On Friday, February 5th, 2021 the legendary Los Angeles Dodgers and the right handed starting pitcher, Trevor Bauer, had come to an agreement on a mega 3 year $102 million contract. Bauer was the deserving recipient of the National League Cy Young Award last season for his work with the Cincinnati Reds, and the Los Angeles Dodgers won the 2020 MLB World Series over the Tampa Bay Rays in six hard fought postseason baseball games. Now their forces will possibly combine for the next several seasons, and Trevor is now Major League Baseball’s highest paid ball player for both 2021 and 2022 MLB seasons according to sources.

Luckily for Bauer the three year $102 million agreement includes all of the $102 million as guaranteed money. Trevor will most likely average $34 million for each of the next three Major League Baseball season unless he decides to opt out. This contract did incorporate a 2022 as well as a 2023 player option in which Bauer could opt out of the deal. As of now the talented starting pitcher will earn $40 million for the 2021 MLB season, $45 million for the 2022 MLB season, and $17 million for the 2023 MLB season. Trevor is now scheduled to become an unrestricted free agent once again in 2024 unless he exercises his opt out clauses in this contractual agreement.

Bauer was born in North Hollywood, California, and he attended Hart High School in Santa Clarita, California. With his baseball excellence combined with his 4.8 high school GPA Trevor graduated high school a year early, and then he decided to enroll at the University of California Los Angeles (UCLA), where he played for the UCLA Bruins NCAA college baseball team.

On December 11th, 2012 the strong right handed starting pitcher was traded to the Cleveland Indians along with pitcher Matt Albers as well as pitcher Bryan Shaw in exchange for star shortstop Didi Gregorius, relief pitcher Tony Sipp, and first baseman Lars Anderson. Cleveland was Trevor’s home from 2013 up until 2019, and he really made a name for himself with the Indians. On July 31st, 2019 the Cleveland Indians traded Bauer to the Cincinnati Reds in a three team deal that included the San Diego Padres too. Last season with the Reds Trevor went 5 and 4 with an ERA of 1.73 in his 11 big league starts for Cincinnati.

He was selected as the starting pitcher in the first postseason game for the Wild Card berth the Cincinnati Reds played against the Atlanta Braves. In that playoff game versus the Braves Bauer battled 7 and 2 / 3 innings in an MLB record setting match up that lasted 13 scoreless innings. After the COVID – 19 shortened 2020 MLB season He was honored to receive the coveted National League Cy Young Award.

Fresh off their 2020 MLB World Series Championship the Los Angeles Dodgers are looking to do the virtually impossible task of winning back to back World Series titles. They definitely already have the team to do it, and now with signing the right handed ace starting pitcher, Trevor Bauer, they may very well have a good chance of winning it all again in 2021. It will be interesting to see how the outspoken and often colorful Bauer coexists in Los Angeles with all their other high profile and well established ball players. It should be an interesting 2021 MLB season. 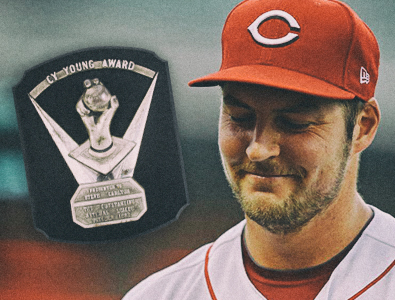