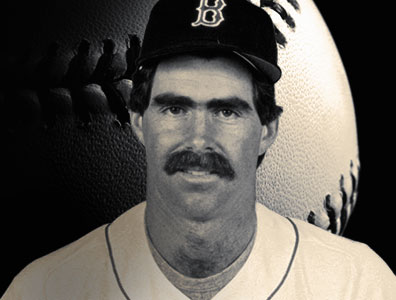 On Monday, May 27th, 2019, Bill Buckner died from Lewy body dementia (LBD) at 69 years old. He played 22 seasons in the MLB with 5 different ball clubs and was considered an outstanding hitter throughout his professional baseball career.

Unfortunately, the positive aspects of his playing days were heavily overshadowed by one error made during game 6 of the 1986 World Series. During the bottom of the 10th inning, he missed a slow rolling ground ball that went through his legs and into right field allowing the winning run to score. That simple mistake led to years of torment from the fans and people of Boston blaming the Red Sox’s first baseman for costing them the World Series.

Buckner represented the Chicago Cubs in the 1981 All Star Game at Cleveland Stadium in Cleveland, Ohio. He won the honor of becoming the national league batting champion in 1980 and ended his career with an overall batting average of .289, 2715 hits, 174 home runs, and 1208 runs batted in. He was also well-known for his low strike out rate.

"After battling the disease of Lewy Body Dementia, Bill Buckner passed away early the morning of May 27th surrounded by his family. Bill fought with courage and grit as he did all things in life. Our hearts are broken but we are at peace knowing he is in the arms of his Lord and Savior Jesus Christ," the Buckner family commented.

"We had developed a friendship that lasted well over 30 years. I felt badly for some of the things he went through. Bill was a great, great baseball player whose legacy should not be defined by one play," says Mookie Wilson.

John Henry the principle owner of the Boston Red Sox said: "(We are) proud that Bill Buckner wore a Red Sox jersey during the course of a terrific career that spanned more than two decades. His life was defined by perseverance, resilience and an insatiable will to win. Those are the traits for which he will be most remembered."

Tom Werner, team chairman added, "(Bill Buckner) personified toughness and grit, and his determination to play through pain defines him far more than any single play ever could."

"No one played harder than Bill. No one prepared themselves as well as Bill Buckner did, and no one wanted to win as much as Bill Buckner," says Dwight Evans. 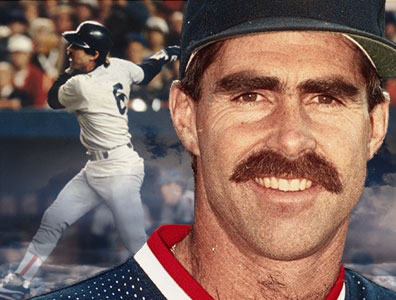 "When that ball went through Bill Buckner's legs, hundreds of thousands of people did not just view that as an error, they viewed that as something he had done to them personally," exclaims Bob Ryan of the Boston Globe.

"I really had to forgive, not the fans of Boston, per se, but I would have to say in my heart I had to forgive the media," says Bill Buckner. "For what they put me and my family through. So, you know, I've done that and I'm over that."

Bobby Valentine said, “As I clear my head and hold back the tears I know I will always remember Billy Buck as a great hitter and a better friend. He deserved better. Thank god for his family. I ll miss u Buck!”

"We are deeply saddened by the passing of Bill Buckner, a great ballplayer and beloved member of the Cubs family," says Tom Ricketts, the Cubs executive chairman. "After his playing days, Bill served as a valued member of our player development staff and was a fan favorite during his appearances at our Cubs conventions."

I find it to be quite unsettling that the fans and media of Boston ruined the life of Buckner after he made a small mistake during game 6 of the 1986 World Series. Maybe they should have looked at the relief pitcher that gave up the Red Sox 2-run lead earlier that inning. Considering the error hadn’t lost the team the series, but tied it, they had the opportunity to win the championship during game 7 as well.

This reminds me of the Chicago Cubs blaming a fan for going after a foul ball that may have possibly been caught by a player during the 2003 National League Championship Series. Both Buckner as well as Bartman received death threats from crazy baseball fans after these incidents and were forced to move due to an honest mistake, which is unacceptable.