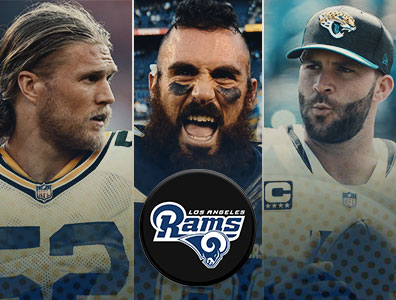 The Los Angeles Rams are coming off an amazing season. Although they made it to the Super Bowl last season, they have decided to add big name players in an attempt to make it back there soon. The Rams have now picked up Clay Matthews from the Green Bay Packers through free agency. Along with southern California native, Matthews, Los Angeles signed safety Eric Weddle, linebacker Dante Fowler, and Blake Bortles to back up Jared Goff at the quarterback position.

With the Los Angeles Rams releasing the veteran linebacker, Mark Barron, they needed to find a linebacker to replace him. Apparently, Clay Matthews was the man they were looking for.

“Matthews, 32, joins a position group that includes outside linebackers Dante Fowler, who signed a one-year "prove it" deal worth up to $12 million before the start of free agency, and Samson Ebukam. The Rams also return starting inside linebacker Cory Littleton, who received a second-round tender after he led the team with 90 tackles and intercepted three passes, returning one for a touchdown, last season,” according to ESPN reporters.

This group of linebackers will make an already solid defensive become even better.

Matthews helped the Green Bay Packers defeat the Pittsburgh Steelers in Super Bowl XLV to conclude the 2010-2011 NFL season. Clay is a six-time Pro Bowl player (2009, 2010, 2011, 2012, 2014, 2015), and he was named to the National Football League’s First Team All-Pro in 2010, which is the same year he was selected as the defensive player of the year by the Pro Football Writers of America. Matthews was also elected to the NFL’s Second Team All-Pro twice (2012, 2014). That is quite the impressive football resume, which landed Clay a five-year $66 million contract with the Rams.

ESPN had this to say about Clay Matthews, “Despite his dip in production last season, Matthews can still be effective. According to ESPN's pass rush win rate using NFL Next Gen Stats, he beat his block within 2.5 seconds on 26 percent of rushes in 2018, 27th among 91 players with 300 rushes. A 2009 first-round pick (26th overall), Matthews made the Pro Bowl six times in his first nine seasons. He was a first-team All-Pro in 2010, when he was the runner-up to Steelers safety Troy Polamalu for Defensive Player of the Year. Matthews has 11 sacks in 15 career playoff games, the most in Packers postseason history and tied for fifth in NFL playoff history.” 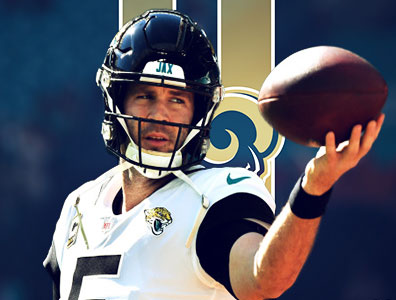 Solid Back Up QB

Blake Bortles is not considered one of the best quarterbacks in the NFL but Jared Goff sure is. Bortles will be ready to fill in for Goff if Jared somehow gets injured or in garbage time of a blowout game. Bortles did lead the Jacksonville Jaguars to the AFC Championship game a couple seasons back when the Patriots barely snuck past the Jags to make it to Super Bowl LI in which New England ended up defeating the Atlanta Falcons.

Safety Worth the Money

Although Eric Weddle is toward the end of his NFL career, he is still considered a very valuable piece to any defense he suits up for. Weddle reportedly will make $12.28 million over the course of the next 2 years playing in LA for the Rams. He provides outstanding leadership to go along with his suburb coverage ability. These additions will sure up an already excellent defense.