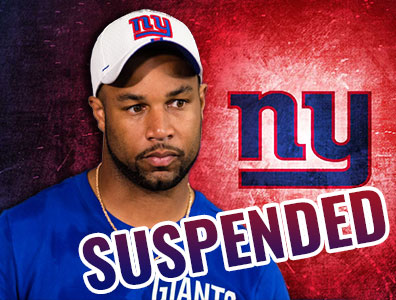 On Saturday, July 27th, 2019, the New York Giants star receiver, Golden Tate, confirmed that he has been suspended four games by the National Football League for violating the NFL’s policy on performance enhancing substances. Tate has filed an appeal for August 6th, 2019 which should result in a ruling from the National Football League prior to the start of the 2019 – 2020 NFL season.

According to the pro bowl receiver, the banned substance that he had in his system was a fertility medication that he was prescribed by a physician. The Super Bowl XLVIII champion with the Seattle Seahawks sounds confident that he has a legitimate opportunity to win his appeal. That is most likely due to the way he handled the situation with his organization and the league prior to any notification that he had failed a drug test.

Tate’s Statement Released to the Media

"This past April, during the off-season, my wife and I decided to see a specialist for fertility planning. I started the treatment prescribed to me and just days later I discovered it contained an ingredient that is on the league's banned substance list," Tate explained. "I immediately discontinued use, I reported the situation to the Independent Administrator of the NFL Policy on Performance-Enhancing Substances, and I spoke with my coaches and general manager. I did all of this well before a failed test was even confirmed.

"Per NFL protocol, an initial suspension was imminent, but myself and the Giants organization are confident in the facts, and eagerly await my appeal to put this behind us."

According to the National Football League, "Players are responsible for what is in their bodies and a positive test will not be excused because a Player was unaware that he was taking a Prohibited Substance."

The Giants are experiencing issues with the all important skills position of wide receiver. During the first day of their training camp on Thursday, July 25th, 2019 they lost two wide outs to injuries. Sterling Shepard fractured his thumb, and Corey Coleman suffered a torn ACL which usually results in missing out on the majority, if not the entirety, of the season if surgery is necessary.

Initial reports indicate that Coleman will miss the whole upcoming NFL football season, and Shepard will be evaluated on a weekly basis. The Giants are hopeful that Shepard should be ready for the regular season opener in approximately six weeks from now provided that there are no setbacks with his thumb healing properly. 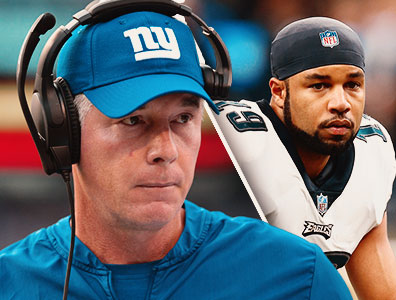 "We'll just wait and see what happens with Golden and his appeal," Shurmur stated. "You guys saw [Shepard] running around yesterday out there. He's going to be fine. We have other guys that are competing to make our team. So just keep moving."

Shurmur goes on to say, "When this situation arose, he's been very honest with us. It's just getting to the point now where I think he's going to have his appeal."

"We'll let the transactions speak for themselves," says Shurmur.

During this past NFL offseason, the Giants chose to trade their superstar wide receiver, Odell Beckham Jr., to the Cleveland Browns. Golden Tate was signed to a four year $37.5 million contract last March in order to fill the shoes of Beckham Jr. with hopes that there wouldn’t be a major drop off in production from their number one pass catcher. With the current situation Tate will be heavily missed by New York in the first quarter of the regular season. Golden is allowed to practice with the team and participate in the Giant’s preseason games as of now.

The Giants’ list of healthy and available wide receivers to start the 2019-2020 regular season include Cody Latimer, Russell Shepard, Bennie Fowler, Reggie White Jr., Alonzo Russell and Darius Slayton, as well as some others that are not very well known outside the Giant’s organization.

Slayton was the fifth round pick for New York in the 2019 NFL draft, and that rookie is dealing with a hamstring issue at the moment to further complicate the depth chart at the wide receiver position. The Giants signed T.J. Jones as well to help fill another WR spot on the training camp roster. 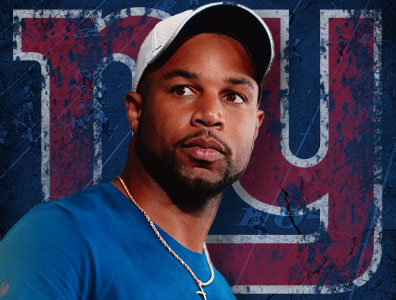 …"You are affecting way more than yourself," he explained previously about other teammates that violated the NFL’s performance enhancing substances policy. "I feel like that was kind of a selfish move on both those guys' part. But it is what it is. The show must go on and that's what we're gonna do."

"During the entirety of my 10 year career, I have taken great pride in playing this game the right way, have been an ambassador for the NFL and have never had any issues with the league's policy," he adds. "The treatment this past April had no effect on the upcoming season, and I did not, and could not have undergone this treatment in April for any competitive advantage.

"I deeply appreciate the support from the New York Giants Organization, and will continue to hold the highest level of character and integrity, while being a leader in the locker room."