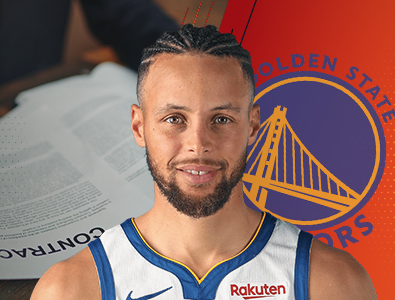 Steph is now the only player in the rich history of the National Basketball Association to sign 2 contract that consisted of over $200 million each according to Curry’s agent, Jeff Austin. With all of his endorsements and other business ventures that makes Steph quite a wealthy man.

Curry was already signed to a 5 – year contract worth up to $201,158,790, and he was playing under his previous deal since the 2017 – 2018 NBA season. The Golden State Warriors wisely resigned arguably the best scoring point guard in the league prior to Steph entering the free agency market of the National Basketball Association.

The upcoming contract extension that begins for the 2022 – 2023 NBA season will keep Curry in the bay area as a Warrior through the 2025 – 2026 NBA Season. Steph is now scheduled to become an unrestricted free agent in 2026 when at that time he will be 38 – years – old.

The new agreement that Curry just signed is a 4 – year deal valued at $215,353,664. The sharp – shooting point guard that has what seems to be unlimited range from downtown distance will begin to average an annual salary of $53,838,416 beginning next year in 2022. This max contract extension is back loaded which mean that his base salary will increase each year throughout the life of this massive NBA agreement between Curry and the Golden State Warriors. This deal does not seem to include a signing bonus or any incentives not that Steph needs any money motivation to go out and do his job. 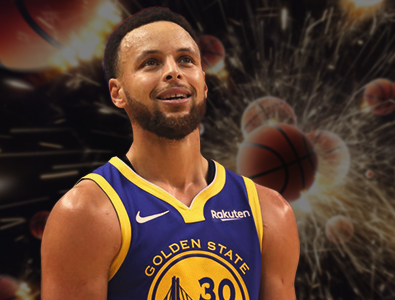 The 6- foot 3 – inch starting point guard for the Golden State Warriors was born on March 14th, 1988 in Akron, Ohio. He attended high school at Charlotte Christian, a private kindergarten through 12th grade school, located in Charlotte, North Carolina where Steph excelled at the sport of basketball while in high school Curry was named all – conference, all- state, and he helped lead his high school team to 3 conference titles as well as three state playoff appearances.

Due to the fact that his father Dell Curry played at Virginia Tech University for the Hokies, Steph wanted to play his college basketball there, but he was only offered a walk – on spot with the Virginia Tech Hokies. The young and talented Stephen ultimately decided to enroll at Davidson College in North Carolina to play his college basketball career for the Davidson Wildcats who were a division 1 team of the NCAA. Davidson heavily recruited Curry ever since he was in 10th grade.

Curry absolutely lit it up in college over the three seasons that he enjoyed playing ball with his beloved Wildcats. During his final year of basketball at the collegiate level Steph was the NCAA scoring leader, and he was deserving so named a consensus First – Team All – American. Curry forwent his senior year of NCAA college basketball eligibility to hire an agent and enter the 2009 NBA Draft.

With the 7th overall selection in the first – round of the 2009 NBA Draft the Golden State Warriors picked Stephen Curry in hopes his pure shooting ability and basketball IQ would help turn their NBA franchise around in the right direction. Boy were they right as Curry has just seemed to have reached his full potential over the last several seasons of the National Basketball Association. Steph has won 3 NBA titles with the Golden State Warriors, and he has been named as the NBA MVP twice as well.

Due to the fact that his partner in crime, Klay Thompson, missed the entire season the Golden State Warriors were not a very good team. Curry is hoping that Thompson will return fully healthy for the upcoming 2021 – 2022 NBA season so that the “splash brothers” can get back to being a dominant force within the Western Conference of the National Basketball Association. The Golden State Warriors will have to contend with outstanding teams out West like the Phoenix Suns, the Los Angeles Lakers, the Utah Jazz, the Denver Nuggets, the Los Angeles Clippers, and others as well.