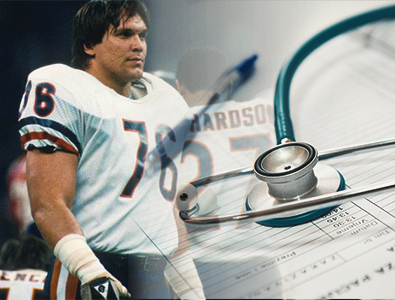 On Friday, April 23rd, 2021 the former charismatic leader of the Chicago Bears’ defense at the defensive tackle position, Super Bowl XX champion, and ex – WCW pro wrestler, Steve McMichael, revealed in a Chicago Tribune publicized interview that medical professionals have diagnosed him with ALS as of three months ago.

The now 63 – year – old McMichael explained how he has to use a specialized wheelchair that the Chicago Bears organization volunteered to take care of for the Chicago Bears’ all – time great defensive powerhouse of a player. The ALS disease has left him incapable of using his arms as well as his legs being significantly weakened.

The five – time All – Pro was selected in the third round of the 1980 NFL Draft by the New England Patriots who eventually unwisely cut him before his second season in the league, but he truly became a legend in Chicago with ‘Da Bears.’ Steve started 191 consecutive games and starred on defense from 1981 to 1993 with the legendary and historic Chicago Bears.

McMichael is still in second place in Chicago Bears franchise history with 92.5 sacks, and Steve’s peers ultimately consider him one of the smartest as well as best defensive tackles ever to play the position in the National Football League. Even though McMichael is in poor health these days he seems to still retain and exercise his trademark sense of humor fortunately.

"I promise you, this epitaph that I'm going to have on me now? This ain't ever how I envisioned this was going to end. What I used to be is the antithesis of what I am now," says McMichael who has been nicknamed "Mongo" in tribute to Alex Karras' character in Mel Brooks' 1974 comedy motion picture, "Blazing Saddles." "This is a humbling thing, brother.” Although McMichael, who just so happened to spend his final NFL season in 1994 with the hated Green Bay Packers, enjoys telling people during his retirement that the only reason he signed with the Chicago Bears' bitter rival was to, "Steal their money and whup their ass again! I thought I was ready for anything. But man, this will sneak up on you like a cheap – shotting Green Bay Packer."

Steve McMichael was born on October 17th, 1957 in Houston, Texas. The family moved to Freer, Texas where he attended Freer High School. During his senior year McMichael lettered in six yes six sports including football, basketball, baseball, track, tennis, and golf. Baseball was his favored high school sport, and while playing catcher for FHS ball club he batted .450 in his senior year as he garnered attention from the Saint Louis Cardinals as well as the Cincinnati Reds.

Steve’s performances at Freer High School drew scholarship offers from the enormous total of seventy – five college football programs, and he ultimately decided to attend the iconic and legendary University of Texas located in Austin, TX. He played as a defensive tackle for the Texas Longhorns NCAA football team from 1976 to 1979. In his senior season, he was a consensus First – Team All – American, and McMichael was named the defensive MVP at the 1979 Hula Bowl. 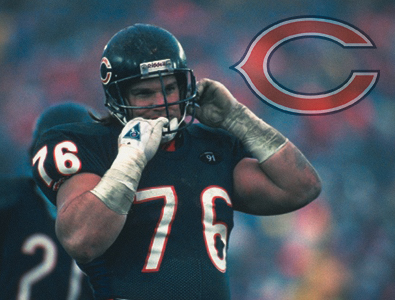 He had a streak of 101 games started until 1990, when his playing time was reduced. He led the Chicago Bears with 11.5 sacks in 1988. He had 108 tackles in 1989. McMichael was honored by being named to the NFC's Pro Bowl squads for the 1986 – 1987 as well as the 1987 – 1988 seasons of the National Football League. Steve finished his illustrious pro football career with 838 total tackles, 95 sacks, and 2 interceptions. He was one of the most beloved players on the amazing and historic 1985 – 1986 Chicago Bears team that only lost one game that year, and they dominated teams with their 4 – 6 defense that seemed to overwhelm opposing offenses with a ferocious attack and pace. I wish Steve McMichael all the best moving forward as he struggles to live now with ALS.

According to Intertops sportsbook these are the odds to win Super Bowl LVI as of Friday, April 23rd, 2021. Currently the Chicago Bears have the overall 19th highest odds out of the 32 franchises in the National Football League to win the upcoming Super Bowl LVI.