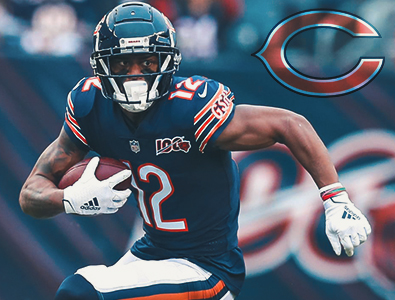 On Tuesday, March 9th, 2021 the Chicago Bears announced that they are placing the franchise tag on their superstar veteran wide receiver, Allen Robinson II. Due to the fact the Chicago Bears front office and Robinson II’s agent, Brandon Parker, failed to agree to terms on a long – term contract over the 2020 – 2021 offseason of the National Football League; the Chicago Bears were forced to utilize the franchise tag on Robinson II or else risk losing their leading wide receiver over the past three years as well as arguably their best offensive weapon to free agency prior to the 2021 – 2022 NFL season.

The franchise tender that Robinson II signed with the Chicago Bears is a one – year contract worth up to $17,880,000.00 for the 2021 – 2022 NFL season. This new deal does not include a signing bonus, any fully guaranteed money, or any incentives that have been disclosed to the public at the moment. The 27 – year – old wide receiver is now scheduled to become a free agent once again following the 2021 – 2022 NFL season.

Allen’s previous contract with the Chicago Bears that spanned from 2018 to 2020 was a three – year agreement valued at approximately $42 million. It included a signing bonus of $6 million, $25,200,000.00 in total guaranteed money, $18 million guaranteed at the signing, and Robinson II averaged $14 million for his annual salary over the course of his three years of playing professional football at the wide receiver position for the Chicago Bears.

Throughout the 2019 – 2020 NFL season Robinson II led the Chicago Bears with 98 pass completions that was good for 1,147 receiving yards and seven touchdown receptions. Allen did have an excellent 2015 – 2016 season in the National Football League with the Jacksonville Jaguars when he wrapped his good hands around 80 passes that racked up 1,400 receiving yards as well as high career – high in touchdown receptions with 14 big – time scores for the Jacksonville Jaguars. He ultimately made it to his one and only NFL Pro Bowl for his performance during the 2015 – 2016 NFL season. 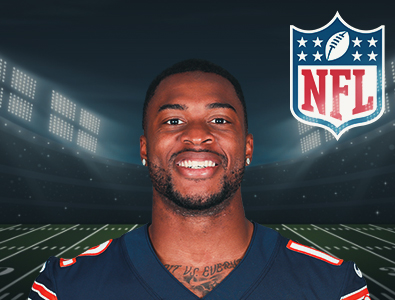 Over the course of his illustrious 7 – year career playing wide receiver in the National Football League Allen has recorded 457 total receptions for 5,999 total receiving yards and 39 NFL career touchdown receptions. The talented and reliable wide out is looking to continue building up his NFL resume over the next several years by adding quite a bit of n umbers to his NFL career statistics.

Robinson II has publicly stated that he would like to stay in Chicago playing football for the Bears, so hopefully his agent and the Chicago Bears’ front office will work out a new solid long – term contract for Allen to remain with the Chicago Bears for years to come. He has definitely earned that, and Robinson II deserves to be well taken care of by the Chicago Bears.

According to Intertops sportsbook these are the odds to win Super Bowl LVI as of Thursday, March 11th, 2021.