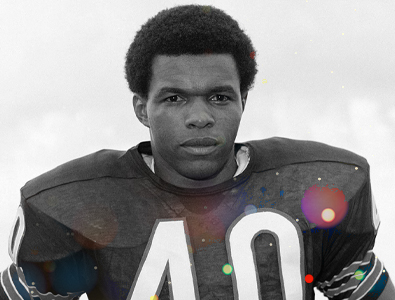 On Wednesday, September 23rd, 2020 the legendary superstar running back for the Chicago Bears and Pro Football Hall of Famer, Gale Sayers, has passed away at the age of 77. Sayers died after battling complications from dementia which he was diagnosed with back in March of 2017.

Sayers has long been considered one of the greatest running backs in the history of the National Football League even though his playing years in the NFL were cut short due to multiple knee injuries. Gale was the youngest football player ever to be inducted in to the Pro Football Hall of Fame as he was only 34 years old when he was voted in back in 1977.

The fast and elusive Sayers was born in Wichita, Kansas, but he was raised in Omaha, Nebraska. He attended Omaha Central High School where he excelled at both football as well as track and field. Gale was recruited by various major college football programs, and he eventually chose to enroll at the University of Kansas to play college football for the Jayhawks.

Throughout his time at Kansas he put up huge rushing yards, and broke records leading to Sayers being named to the All Big Eight First Team 3 times (1962, 1963, 1964). He was also a 2 time consensus College Football All American (1963, 1964). Gale was nicknamed the “Kansas Comet” and the Kansas Jayhawks retired his number 48. 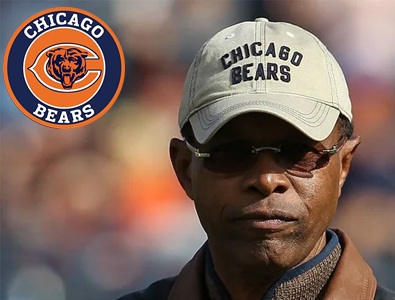 Career in the NFL with the Chicago Bears

Sayers played for the Chicago Bears for seven seasons spanning from 1965 to 1971. He played with notable teammates such as powerhouse tight end “Iron” Mike Ditka and the absolute animal of an intimidating Chicago Bears’ linebacker in Dick Butkus. Gale was extremely fast, agile, and had amazing downfield vision that made him very hard to bring down and tackle by opposing defensive players. His elusive and explosive running style propelled him to be one of the greatest running backs as well as a kick and punt returners of all time in the National Football League.

Although Sayers only played for 7 NFL seasons with the Chicago Bears, he only played sparingly in his last 2 seasons. This means Gale did the majority of his damage in National Football League over the course of 5 absolutely incredible seasons. He finished his illustrious NFL career with 4,956 rushing yards, 39 rushing touchdowns, and he averaged 5 yards per carry. Sayers also compiled 3,172 return yards as well as 8 kick and punt return touchdowns. He averaged over 30 yards per kickoff return and 14.5 yards per punt return. During a single game Gale once scored 6 touchdowns.

Gale was named to the NFL 1960’s All Decade Team, the NFL 75th Anniversary All Time Team, and the NFL 100th Anniversary All Time Team. The Chicago Bears retired his number 40 as well. Sayers was inducted into both the Pro Football Hall of Fame and the College Football Hall of Fame too. Gale Sayers will always be remembered for being an outstanding football player as well as an amazing person, and he will be greatly missed by so many.

"All those who love the game of football mourn the loss of one of the greatest to ever play this game with the passing of Chicago Bears legend Gale Sayers," the Pro Football Hall of Fame president and CEO David Baker stated. "He was the very essence of a team player -- quiet, unassuming and always ready to compliment a teammate for a key block. Gale was an extraordinary man who overcame a great deal of adversity during his NFL career and life."

Commissioner of the NFL Roger Goodell proclaimed, "The NFL family lost a true friend today with the passing of Gale Sayers. Gale was one of the finest men in NFL history and one of the game's most exciting players.

"Gale was an electrifying and elusive runner who thrilled fans every time he touched the ball. He earned his place as a first-ballot Hall of Famer. We will also forever remember Gale for his inspiration and kindness. Gale's quiet unassuming demeanor belied his determination, competitiveness and compassion."

"Football fans know well Gale's many accomplishments on the field: a rare combination of speed and power as the game's most electrifying runner, a dangerous kick returner, his comeback from a serious knee injury to lead the league in rushing, and becoming the youngest player inducted into the Pro Football Hall of Fame. People who weren't even football fans came to know Gale through the TV movie "Brian's Song," about his friendship with teammate Brian Piccolo. Fifty years later, the movie's message that brotherhood and love needn't be defined by skin color, still resonates," says George McCaskey. 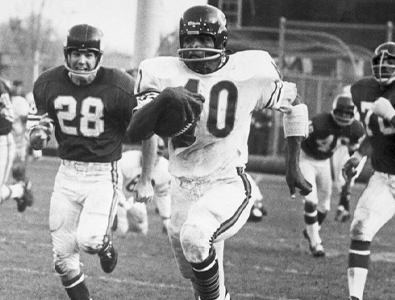 Legendary Chicago Bears head coach and owner George Halas presented Sayers for his Pro Football Hall of Fame induction by saying, "If you want to see perfection as a running back, you best get ahold of a film of Gale Sayers. He was poetry in motion. His like will never be seen again."

Gale’s brother, Roger Sayers, explained, "It’s tough to build memories all your life, and the next thing you know, you don't remember anything."

“It is with great sadness the Chicago Bears mourn the loss of Bears Hall of Fame running back Gale Sayers. Sayers amplified what it meant to be a Chicago Bear both on and off the field. He was regarded as an extraordinary teammate, leader, husband and father. He was 77.”

“One of the greatest to ever play the game. Rest in peace, Gale Sayers. (via @nflthrowback)”

“Hall of Famer and @ChicagoBears Legend Gale Sayers has passed away at the age of 77.

“Gale Sayers was someone who I admired long before I arrived in Chicago. I loved his approach to the game and of course, how he played it. He inspired me to be great in a city that loves sports like no other. RIP to one of the @NFL’s best ever. #KansasComet @ChicagoBears”

“Gale Sayers has passed away at the age of 77. RIP Kansas Comet. #Bears”

When I was drafted in 2008 he was our guide in Canton when we got to visit the HOF. Amazing inspiration before starting a career. Thanks for setting the standard for @ChicagoBears RB’s. You’ll be missed but always remembered.”

“R.I.P to the great Gale Sayers one of my all time favorite RB’s to watch play the game. It looked like he was gliding across the field when he would break a long run”

“Gale Sayers (The Kansas Comet) is no longing with us but he will never be forgotten by us! Two of my HOF brothers passing within two weeks of each other! He and Larry and many of the men like them helped build this league and many of us stand on their shoulders! RIP! Thank you!”

Rookie of the Year

“My heart is broken over the loss of my dear friend, Gale Sayers.

Portraying Gale in Brian’s Song was a true honor and one of the nightlights of my career. He was an extraordinary human being with the the kindest heart.

My sincerest condolences to his family #RIPGaleSayers”

“I asked Gale Sayers for the best advise he ever received. From his HS football coach: “when it’s you vs 1 person you should win 100% of the time, when it’s you vs 2 people you win 75% of the time. Set your expectations higher than others imagine, then exceed them.” RIP #BearDown”