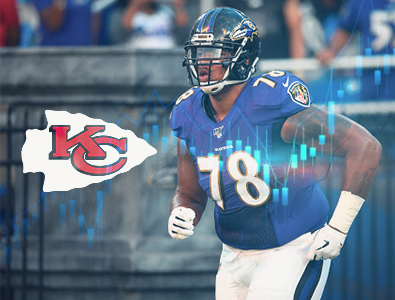 This was a much – needed trade for the Kansas City Chiefs who recently lost several offensive linemen including their longtime offensive tackle Eric Fisher. Protecting their biggest asset in their young superstar quarterback, Patrick Mahomes, was one of the Kansas City Chiefs’ most pressing priorities during the 2021 NFL offseason. The Chiefs attempted to sign the veteran left tackle Trent Williams, but he ended up negotiating a new contract with the San Francisco 49ers which is the team that he has played for during the 2020 – 2021 NFL season.

The New Offensive Line of the Chiefs

Along with Orlando Brown Jr. the Kansas City Chiefs have welcomed in other various offensive linemen to establish an entirely new o – line prior to the start of the 2021 – 2022 season of the National Football League. The Kansas City Chiefs have recently signed Joe Thuney, Kyle Long, and Austin Blythe from the NFL’s free agency market. The Chiefs also anticipate bringing back Laurent Duvernay – Tardif as well as Lucas Niang who both opted out of the 2020 – 2021 NFL season due to COVID – 19 related issues. 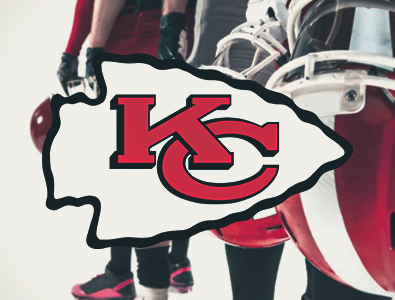 Brown Jr. was born in Baltimore, Maryland, but he attended Peachtree Ridge High School located in Suwanee, Georgia. As Orlando was a three – star recruit he received scholarship offers from powerhouse college football universities including Tennessee, Oklahoma, Alabama, Arkansas, Auburn, and others. Brown Jr. originally committed to the University of Tennessee, but eventually decided to enroll at the University of Oklahoma in order to play college football for the Sooners. Following an excellent college football career with the Oklahoma Sooners, the now 6 – foot 8 – inch and 355 – pound offensive tackle forewent his last year of NCAA eligibility in order to declare himself available for the 2018 NFL Draft.

The Baltimore Ravens selected Brown Jr. with the 83rd overall pick in the third round of the 2018 NFL Draft. Orlando played with the Baltimore Ravens for his entire career in the National Football League from 2018 to 2020, and now he enters his fourth NFL season with the highly ranked Kansas City Chiefs who appeared in the last two Super Bowls (LIV, LV) under their veteran head coach in Andy Reid.

Brown Jr. has played in 48 total NFL games and he has started 42 total NFL games throughout his young professional football career. Orlando has been selected to 2 NFL Pro Bowls out of the three seasons that he has been in the league making him one of the better young and aggressive offensive tackles in the National Football League at the moment. It will be interesting to see how he handles the pressure of protecting the Kansas City Chiefs’ primetime superstar quarterback and former Super Bowl LIV MVP in Patrick Mahomes. 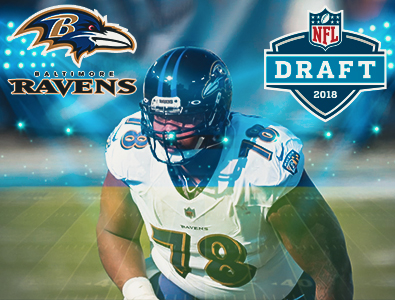