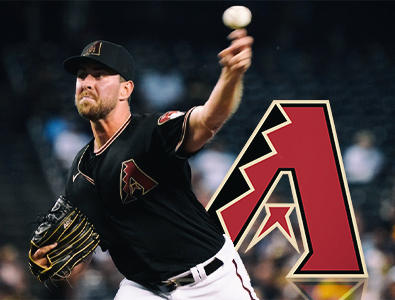 On the night of Saturday, August 14th, 2021 the Arizona Diamondbacks young and inexperienced left – handed starting pitcher, Tyler Gilbert, threw a no – hitter against the extremely dangerous San Diego Padres line – up in his first ever MLB start. Gilbert now becomes just the 4th pitcher of all time in the rich history of Major League Baseball to throw a no – hitter during his first big league start of his MLB career.

Only 2 other pitchers have accomplished this difficult feat since the start of the 20th century. Bobo Holloman was the last pitcher to throw a no – hitter in his first MLB start, and he did so during the 1953 MLB season. This goes to demonstrate how rare of an occurrence this truly is, and Gilbert must be shocked that he was able to record this type of Major League Baseball history.

This is the 8th no – hitter chronicled in Major League Baseball during the 2021 MLB season. Which just so happens to tie the MLB record for the most no – hitters in a single season with the 1884 MLB season, the first year that overhand pitching was permitted. I believe that there would have been even more no - no’s thrown this year, but Major League Baseball began cracking down on pitchers using illegal foreign substances on the baseball back in June of 2021.

It is amazing how after this Major League Baseball crack down on pitchers how much more the offense in professional baseball has increased. This reveals and demonstrates how much these illegal foreign substances were helping pitchers across the big – leagues shut down the game’s best hitters and line – ups.

The 6 – foot 3 – inch and 223 – pound left – handed starting pitcher currently throwing for the Arizona Diamondbacks was born on December 22nd, 1993 in Santa Cruz, California. Tyler attended San Lorenzo Valley High School located in Felton, CA. Following his graduation from high school Gilbert decided to enroll at Santa Barbara City College where he began his college baseball career with the Vaqueros. After a couple of seasons successfully pitching at Santa Barbara City College, Tyler was offered a scholarship offer from the University of Southern California in order to pitch for the USC Trojans. 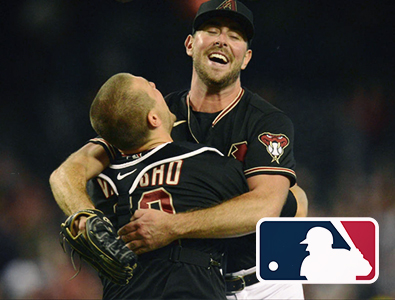 Gilbert was eventually selected by the Philadelphia Phillies with the 174th overall pick in the sixth – round of the 2015 MLB Draft. As he worked himself up through the Philadelphia Phillies minor league system Tyler was traded to the Los Angeles Dodgers in exchange for Kyle Garlick in February of 2020. Due to the COVID – 19 pandemic there was no minor league baseball during the 2020 MLB season so Gilbert only threw bullpen sessions with his old high school coach, and he worked with his father doing electrical work so that he could make ends meet.

Tyler was selected by the Arizona Diamondbacks from the Los Angeles Dodgers during the minor league phase of the Rule 5 draft following the 2020 MLB season. Gilbert began the 2021 MLB season pitching for the Arizona Diamondbacks’ Triple – A affiliate in the Reno Aces where he compiled an overall record of 5 and 2 with an earned run average (ERA) of 3.44 as well as 50 strikeouts.

Tyler made his debut for the Arizona Diamondbacks’ big – league ball club on August 3rd, 2021 where he was used as a relief pitcher, and he pitched a scoreless inning of baseball. His first start for the Arizona Diamondbacks took place on Saturday, August 14th, 20212 when he threw that unbelievable no – hitter. Hopefully Gilbert can ride the momentum of his early success in Major League Baseball to a satisfying big – league career as he is only 27 – years – old at the moment.

"Amazing. It hasn't hit me too much yet, but it's really cool. I'd rather be doing this than pulling wires. No offense, Dad. It was weird. I wasn't nervous at all, and I feel like I should've been," says the Arizona Diamondbacks starting pitcher, Tyler Gilbert, who just threw a no – hitter in his first MLB start.

"That got my attention. I started looking at things a little bit differently, and that's when I told myself I'd probably stretch it out beyond 105 pitches. I don't think we've had a lot of luck this year," the manager of the Arizona Diamondbacks, Torey Lovullo, explained to media following Gilbert’s no – hitter thrown last Saturday, August 14, 2021. "When it comes together in a very special way -- whether they had five, 10, 15 balls hit at that pace, we were at the right place at the right time. And made plays. And it equaled a no-hitter."