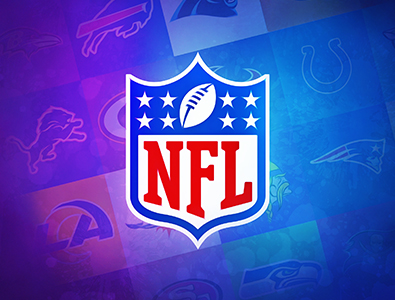 As of Tuesday, November 15th, 2022 week - 10 of the 2022 - 2023 NFL regular season is officially in the books, and this NFL season is now just a touch past the halfway point. It is a great time to look back and analyze the first half of the 2022 - 2023 National Football League regular season while also being able to make some logical predictions as we look ahead to the NFL playoffs which are scheduled to begin approximately 2 - months from now.

Remember starting this year the NFL’s regular season consists of 18 - weeks, and each team will play at least 17 - games apiece during the current NFL regular season. Below is a complete analysis as well as NFL playoff predictions of the present status and landscape of the National Football League broken down division by division.

The National Football League’s NFC East division has made extraordinary strides to become one the most competitive divisions in their conference following the previous several years of being basically the worst division in the entire league.

The Philadelphia Eagles were looking to be the best and most consistent teams in the whole NFC conference so far this year, but they just suffered their first loss last evening on Monday Night Football to the Washington Commanders.

The New York Giants have surprised everyone with their gritty and bold wins with a razon thin margin in the majority of them.

The Dallas Cowboys even though they are presently sitting in third place in the NFC East are only 2 - games behind the team with the best record in the entire NFL.

Finally, the Washington Commanders are an above average team considering the records of many other teams this year so far and while they are in 4th - place in this division they are still in the hunt for an NFL playoff spot this season.

With the strength of the NFC East this year their division should yield 3 and possibly all 4 of these teams if the rest of the NFC falls asleep towards the end of the year. Definitely the most competitive division without a doubt in all of the National Football League as we look back on the first half of the 2022 - 2023 NFL regular season. 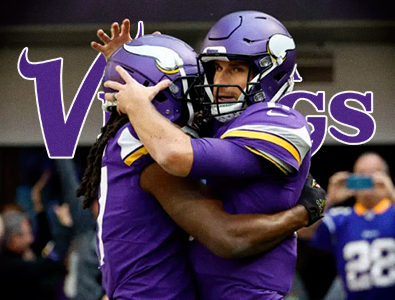 The Minnesota Vikings are the only solid team out this pretty bad NFC North division of the NFL so far this year. They Vikings may even be the best franchise in the entire conference especially if the Philadelphia Eagles start getting into dog fights within their division.

Look for the Green Bay Packers, Chicago Bears, and Detroit Lions all to miss the 2022 - 2023 NFL playoffs unless things drastically change for any of those teams during the next couple of months.

The Detroit Lions are terrible as usual, and the Chicago Bears seem to be a couple years away from being competitive in the NFC again if they play their cards right during this current rebuilding effort for Da Bears.

No team in the NFC South seems to be dangerous as of now. The Tampa Bay Buccaneers can most likely coast their way to the division title and possible even end up hosting a playoff game at the end of this year despite being an average team at best presently. There is one thing though about a Tom Brady lead NFL team, you should never count them out especially if they start to pick up some winning momentum by mid - December.

The Carolina Panthers and New Orleans Saints are struggling right now, but not too many people looked to them to compete in the NFC South this year anyways.

The Atlanta Falcons are inconsistent and shaky most of the time, but they may be a sleeper team that flies under the radar and has a chance to sneak into the NFL postseason if things go their way over the upcoming 8 - weeks of football this season.

Honestly, I only expect the Tampa Bay Bucs to make it the playoffs out of this sub - par division of the NFC this year. 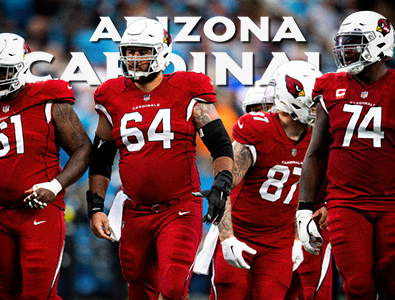 The NFC West is a tricky NFL division to predict. Obviously, the defending Super Bowl champion Los Angeles Rams are not looking good at the halfway point of the 2022 - 2023 NFL regular season, but now with the latest injury to their best wide receiver in Cooper Kupp I can easily count them out this year barring a miracle.

The division - leading Seattle Seahawks are currently out performing their original expectations after the departure of their longtime starting quarterback and heavily decorated veteran NFL superstar in Russell Wilson. Geno Smith is one hell of a great comeback story, and with the offensive weapons Smith has to throw to downfield in combination with the usual Pete Carroll strong running attack I have a feeling the Seattle Seahawks will make the NFL playoffs this season, but my guess is that they will fall just short of winning the NFC West division.

I believe that the San Francisco 49ers will continue to grind after their extremely slow and troubled start to the 2022 - 2023 NFL season. The Niners possess the experience, patients, and talent to take this division this NFC West division come the end of December this year as long as they remain somewhat healthy with their core skill position players like Jimmy Garoppolo, Deebo Sanders, and some of their highly - talented defensive players up front.

Although the Arizona Cardinals have a chance to improve while they try to bounce back during the second - half of the NFL regular season, I am not impressed with their brand of football this year so far. As of now, I don’t have the Arizona Cardinals or Atlanta Falcons making the NFC playoff picture, but the both of them have as good of a chance as anyone to get in as the majority of the football teams in this conference are sitting in the middle of the road at this point in the NFL season.

Like the NFC the AFC thus far this NFL season has a few really good teams that are surrounded by a whole lot of underperforming average teams in their conference. The AFC East is shockingly great as many peoples pick to make it to the Super Bowl from the AFC both now as well as at the start of this season, the Buffalo Bills, now sit the 3rd - place slot in the AFC East division of the NFL. Although the Buffalo Bills have lost some close games to decent teams, they are still a shoe in for the NFL playoffs come the end of the 2022 - 2023 NFL regular season.

The New York Jets are playing out of their minds right now, but I still think they are going to fall off and are just one crucial play or injury away from missing the NFL postseason unfortunately for them as they have been a total underdog powerhouse during the last several weeks of NFL football.

The Miami Dolphins are for real and I think they should make it in without much of a problem as long as Tua Tagovailoa remains healthy down the stretch.

The New England Patriots are down but not too far behind to make things happen. A possible wild - card NFL franchise this season. 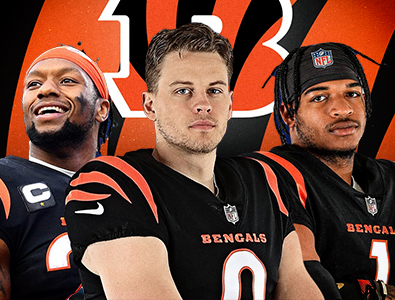 This division is completely top heavy, and in my opinion the Cleveland Browns and Pittsburgh Steelers could or could not play another game the rest of this NFL season, and I honestly wouldn’t even know.

The Baltimore Ravens are looking good and they left a game or two on the table early on in the season, but they should pull it together as long as Lamar Jackson doesn’t suffer a serious injury. I don’t find them threatening this year especially with their recent playoff history over the past several football seasons.

The defending AFC champion Cincinnati Bengals control their own destiny as I feel like the Bengals have a better chance than some of the other teams in the AFC with a better record than Cincinnati right now.

The Tennessee Titans are the only good team currently in the AFC South division of the National Football League. Better luck next year to the Indianapolis Colts, the Jacksonville Jaguars, and the Houston Texans!

The Kansas City Chiefs are still my pick to win the Super Bowl at the conclusion of the 2022 - 2023 NFL season. They have such a stock pile of talent especially on the offensive side of the ball and with Patrick Mahomes at quarterback, Travis Kelce at tight end, and Andy Reid coaching them they make whoever else they have on their roster much better players.

I have a gut feeling the Los Angeles Chargers will pull out a gritty win down the stretch to get into the NFL postseason, but they have a ways to go in order to compete in particular because of all of the injuries that they have endured so far this year.

The Denver Broncos melted down from week - 1 on, and the Las Vegas Raiders have played well under their potential this year so far and with their 2 and 7 record they have little to chance of making the playoffs in the AFC this season.