Analysis and Betting Odds for the 2020 US Presidential Election 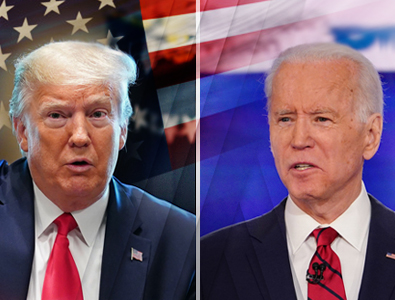 As we are approximately a week away from the 2020 US Presidential Election now is a great time to analyze as well as review the betting odds for this upcoming election. Although a large portion of Americans have already voted by mail in ballots or early voting due to the safety concerns related to COVID – 19 or other issues, the official election day is Tuesday, November 3rd, 2020.

The majority of these presidential elections are ultimately decided by winning the important battle ground or swing states that are close in the overall popular vote of those individual states. For the quickly approaching 2020 US Presidential Election the swing states or in another words the states with the closest races right now include Iowa, Georgia, Ohio, Florida, North Carolina, Texas, Arizona, Pennsylvania, Nevada, and others.

The Current Odds for the 2020 US Presidential Election

Joe Biden has a 65 % probability of winning the election after squeezing out the juice and averaging the three sources featured above.

The table below indicates the probability of Donald Trump winning all of the 50 states as well as the District of Columbia. Due to the fact that the majority of the states are not very competitive Trump was either given a 0 % chance of winning or a 100 % chance of winning. The remaining states in which the overall popular vote will be close have been forecasted with the odds provided by Pinnacle Sports after squeezing out the juice.

So, for the people gambling on this election I would prepare for the race to the White House to be much closer than what the preliminary indicators are suggesting. Although Biden has a much higher chance of winning the election to become the next president of the United States of America, I believe there is more value in wagering on Trump at the moment.

If you are an American who is currently registered to vote I highly encourage you to get out and vote on Tuesday, November 3rd, 2020 if you have not done so already. It is extremely important to get your voice heard now more than even, and these elections impact everyone in this great nation.