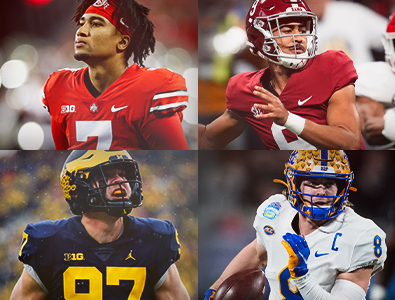 Hutchinson set Michigan’s single - season sack record with his 14 monstrous sacks which included 3 – sacks versus the Ohio State University in Michigan’s regular - season finale. During that OSU game he also posted 15 - quarterback hurries. That is the most in a single college football game since that statistic has been measured as well as recorded. Aidan’s 14 - sacks are 3rd - most in the NCAA this year, and he has 15.5 tackles for loss to go along with all of those bone – crushing sacks.

Pickett is a red - shirt senior and a 4th - year starter for the University of Pittsburgh. He is the ACC’s Overall Player of the Year as well as the Offensive Player of the Year, and Kenny led the Pitt Panthers to the 2021 ACC Championship for the first time in school history. He helped Pittsburgh clinch their spot in this year’s Chick – fil – A Peach Bowl too. 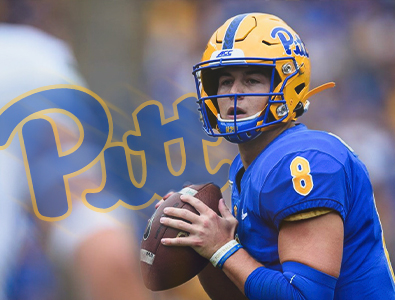 Pickett passed for 4,319 – yards on 334 – completions to go along with his 42 - touchdown passes which just so happen to be University of Pittsburgh records. Kenny only threw 7 - interceptions with an overall completion percentage of 67.2 %, leading Pittsburgh to a record of 11 and 2 this season. He was also able to run in 4 – touchdowns for much needed scores for the Pitt Panthers. Kenny passed for more than 400 - yards on 3 occasions including 419 - yards in their victory over the University of Miami. His 42 – total touchdown passes are the 3rd - most in the NCAA this year, and his 4,319 - passing yards as well as 350.8 - yards per game of total offense are the 5th – best, while Pickett’s 333.2 – passing yards per game are the 7th – best in the country this season.

Kenny currently holds his place as the Pitt Panthers’ all - time leader in passing yards with 12,303, pass completions with 1,045, total offense with 13,112 – yards, and career touchdown passes with 81 of those. His 20 rushing touchdowns are also the most of any Pitt quarterback. Pickett has better credentials at the quarterback position than the other Heisman candidates in Stroud and Young, but those guys play for bigger football programs which is highly – coveted in the NCAA college football game these days.

Young is a sophomore as he backed up Mac Jones as the quarterback for the University of Alabama last year. Mac Jones was a finalist for the 2020 Heisman Trophy last season. Bryce threw for 4,322 – passing yards as he completed 314 – of – his – 462 pass attempts which equates to 68.0 %. Young threw 43 - touchdowns and only 4 - picks interceptions this year as he led Alabama to an overall record of 12 and 1, the 2021 SEC championship, and the number 1 seed in the College Football Playoff this season. 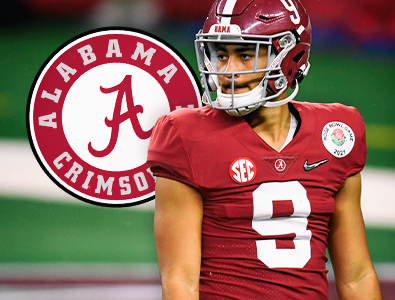 Young’s touchdowns are good for the 2nd - most in the NCAA this year. His passing yards are 4th – most, and his quarterback rating of 175.53 is the 5th - best. Bryce’s passing yards per game with 332.5 per contest and pass completions with 314 are the 6th - most. Young ran for 3 – touchdowns and threw for 5 - touchdowns in a game on 3 occasions this year including against the University of Arkansas when he also set the University of Alabama record with 559 - passing yards that broke a record that stood at Alabama for 52 - years. Young also set SEC Championship records with 421 - passing yards and 461 - yards of total offense which earned Bryce game MVP honors.