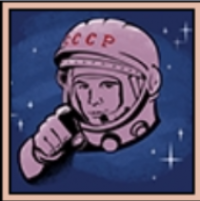 InBet Games primarily offers slot machines, but also have a handful of lottery, bingo, roulette, and racing games. Many of skins of each other. It would be an understatement to say their games seem dated. I suspect they were created in the last millennium and somehow managed to survive the test of time. So, if you yearn for a time when Bill Clinton was president, OJ Simpson was a household name, and mobile phones were a luxury, then you may enjoy a trip down memory lane when you play anything by InBet.

Dogs 3D is a simulated dog racing game allowing win, place, show, and exacta bets. According to my analysis, the bottom line is a return of 92.2% on win, place, and show bets and 90.7% on exacta bets.

For more information, please see my page on Dogs 3D.

This game is mathematically the same as 19-number roulette. The player may bet on numbers 0 to 18 or groups of said numbers. After a betting period, a wheel will be spun to resolve the bets. The house edge is 1/19, or 5.26%, on all bets.

This game is mathematically the same as 19-number roulette, or InBet's Fortune 18. In this skin, the player may bet on numbers 1 to 18, in various ways, or on a "save." After a betting period, a simulated ball will be kicked into a 6x3 net, numbered 1 to 18. However, there is also a chance the goalie will block the kick, known as a "save," which I presume has a 1/19 chance. Mathematically, this game has a 1/19, or 5.26%, house edge on every bet.

Velodrome is pretty much a skin of Dogs 3D, except has eight bicycle racers instead of six dogs. After all the math, I get a return of 92.0% on win, place, and show bets and 80.0% on exacta bets.

Tron Race is pretty much a skin of Dogs 3D. Instead of dogs racing there are virtual race cars, like in the movie. I get the same overall return of 92.2% for win, place, and show bets. For the one race I studied, I get an average exacta return of 91.6%. I suspect the cap on wins of 100 may cause the average exacta return to vary from race to race. I would also suggest not betting on anything with a win of 100, in case fair odds are higher and they are rounding down.

The two bingo games are played on Latin American 3x5 cards. The player may buy extra balls, which I assume are priced according to the expected win they would generate. The pay tables are the same, so I assume they are skins. No information is given about the return.

There are five different keno games to choose from. All of them are standard "spot keno" where the player may pick 1 to 10 numbers and the game draws 20. Here are some comments on each one:

There are three ways to play 37-number roulette. The first is "live roulette," which is a standard roulette game based on the outcome of an actual wheel somewhere. There is a round about once every 60 seconds. The other two are Fortuna and Black Fortuna. These are mathematically the same as roulette, but played instead on a vertical wheel and a 6x6 betting layout. The odds are the same on all three, with a house edge of 2.70% on every bet.

There are also three more roulette games, based on 13-number and 19-number wheels, which are addressed separately in this review.

The two sic bo games seem identical except the Australian version has better odds and is on a blue felt as opposed to red. Why anyone would play the generic red table I don't know, but I'm sure they do. The following two tables show the bets, odds, probability of winning, and house edge for both versions.

InBet slots takes me back to the low-budget Java-based Internet casinos of the late 1990's. The screenshots should speak for themselves. The sound effects are equally antiquated. The game play is pretty simple. Most games have a free spin bonus. Land of Ozz has another bonus that takes me back to playing Dungeons and Dragons with a hit-point inflicting battle between Dorothy and the Wicked Witch. Unfortunately, no information is provided about the return percentages. While I can't say these games are state of the art, but if are nostalgic for a simpler time in slot machines, they may be what you're looking for.