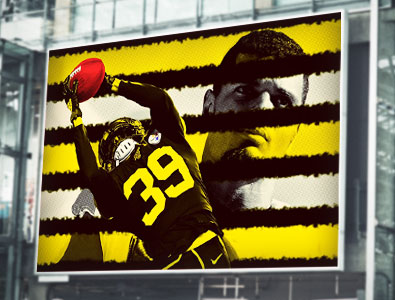 On Wednesday, June 15th, 2022 the Pittsburgh Steelers signed their young veteran superstar free safety, Minkah Fitzpatrick, to a 4 - year contract extension worth up to approximately $73.6 million. This new deal for Fitzpatrick now makes him the highest - paid safety in the history of the National Football League.

The Pittsburgh Steelers will now be responsible for paying Minkah around $18.4 million per season for the life of this contract assuming that all goes well. Fitzpatrick was also assured a total of $36 million in guaranteed money at the time that the agreement was signed. Minkah is now scheduled to become a free agent of the National Football League prior to the 2027 - 2028 NFL season.

"I am very excited," the starting free safety of the Pittsburgh Steelers, Minkah Fitzpatrick, expressed "I am still kind of in shock right now. It's a blessing. I am really excited. It's just the beginning. I am appreciative. I am thankful. Now I just want to keep on chopping."

This new 5 - year agreement includes the 4 - year contract extension that is anticipated to begin with the Pittsburgh Steelers in the year of 2023 in addition to the 1 - year Fitzpatrick had remaining on his previous deal. This is the 1st - big - time contract that was negotiated as well as finalized by new addition to the Pittsburgh Steelers front office of executives in their general manager, Omar Khan, and this contract will now out - paces the deal given to Jamal Adams that was good for $17.5 million per NFL season.

"We are very excited to sign Minkah to a new five - year contract," the Pittsburgh Steelers general manager Omar Khan stated. "Minkah is one of the top safeties in the NFL and we are thrilled he will be in Pittsburgh through at least the next five - years. When we traded for him, we knew he was going to be an integral part of our defense, and we look forward to that continuing as we prepare for the upcoming season."

Ever since the Pittsburgh Steelers were able to acquire Minkah from the Miami Dolphins in exchange for a 1st - round NFL draft pick back in 2019, the University of Alabama Crimson Tide product has yanked - in 11 - interceptions, and he has scored 3 - defensive touchdowns for the Pittsburgh Steelers as well. Fitzpatrick was also able to manage forcing 3 - fumbles and he recovered 4 - fumbles too.

Steelers Investing Heavily in their Defense

With this latest contract extension of Fitzpatrick, the Pittsburgh Steelers have majorly invested their resources in fortifying their defensive unit as they have also locked - down the dominant defensive end and the 2021 NFL Defensive Player of the Year Award winner in T. J. Watt, the strong defensive tackle in Cam Heyward, and now Minkah through at least the 2024 - 2025 NFL season. Last year, the Pittsburgh Steelers gave Watt the huge contract extension that he deserved as they inked T. J. to a 4 - year, $112 million new deal.