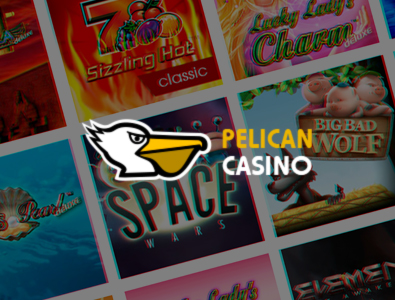 Being an opportunist with style and finesse, these large-billed birds perch themselves in the most advantageous position before swooping in to catch their prey. They wait patiently and focus intently, striking at the most perfect moment.

While this story may seem wonderful as a part of the wilderness, when you transfer it into the realm of online entertainment establishments, the meaning is considerably different. I mean, no one would want to end up being caught as helpless prey in the middle of the wood crowded with dangerous predators in forms of fake games.

That’s exactly what the establishment bearing the name of the marvelous bird tried to get away with- spoiling the “unforgettable experience” with forged content.

A Nest with Questionable License

Whether the Curacao license itself is the reputable-one…

…is certainly not the matter of discussion here today, but certainly is a sort of alert. At least in the situations when something fishy’s already going on, which is the case with this venue.

We are continuously witnessing how this jurisdiction is gradually becoming a synonym for lack of transparency, poor reputation, and non-trustworthy hubs. On the other hand, some respectable venues have been operating under its roof for many years, causing no problems at all.

…Pelican doesn’t. The icon should take you to the validation page where the info about the permission is available. Instead, this hub only gives info about being approved, with no proof to validate it.

…though the footer may deceive you (again!) by displaying the versatility of acknowledgments, their integrity is certainly questionable as well.

…they were served pirated games from no less than 12 brands, among which there are well-respected names who are (we are free to say) and synonyms for amazing games.

Thanks to the team of detectives from our sister site, the ill-behaving parlor was ripped off for offering counterfeit versions of games from EGT, QuickSpin, Wazdan, Merkur, Novomatic, NetEnt, Microgaming, Amatic, Playtech, Aristocrat, IGT, and Apollo.

Upon noticing the first suspicious details on Novomatic titles…

…the diligent team of investigators dived deeper where all the other junk was hidden. Interface, source code, menu- those are just some of the significant details which were different from the ones offered in the genuine version of the games.

Another solid evidence about dirty business lies in this as well:

Being displayed in this venue…

…well, you can conclude it yourself. The entire portion of forged titles was sitting quietly at casinovegas.org domain, waiting to foul more punters.

No More Nesting in These Woods

Whenever we spot a villainous bird in the flock, such as this one, we won’t hesitate to shoot it or at least hurt it seriously.

Gambling may be about luck and chance, but to have them, a safe environment is an essential foundation. And our team will keep on contributing to making it a better place by exposing all those involved in unethical deeds.

While the spiritual totem of this bird symbolizes social responsibility and active attributes, such as social, teamwork, charity, generosity and friendliness, its online counterpart in online gambling universe is nothing of the sort.