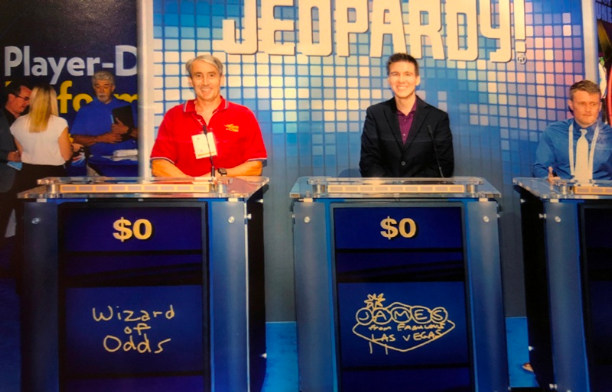 Walking from one place to another on Tuesday, I passed by the IGT section, where I happened up Jeopardy champion James Holzhauer playing short games against anybody who dared. Of course, I could not resist. The games were three questions only. In my case, two of my worst subjects, two on sports and one on rap & hip-hop. I attempted one, which I got wrong, and the other two I had no clue on.

However, after the game James noticed that I wrote "Wizard of Odds" as my name and asked if I was behind the site. I told him I was. He then complimented my Las Vegas Sports Book Groups page. It was one of the easiest pages I've ever made, but I was happy to accept the compliment from one of my heroes. I mentioned I wrote extensively about his strategy and he said that he would have a look. 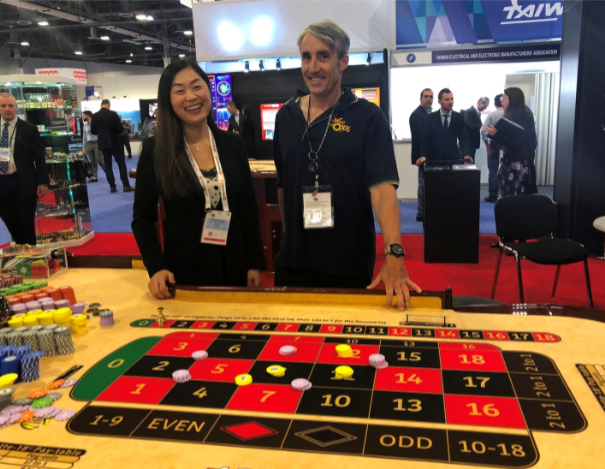 A long-time fixture of the show is Wizard of Vegas forum member,  MrCasinoGames. This year he was primarily promoting Roulette 18, a roulette wheel numbered 0 to 18. However, I think I paid more attention to his model, trying to impress her with what little Chinese I know. 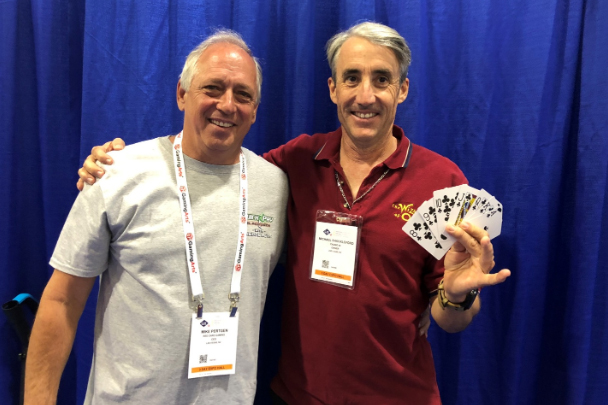 Later, I just happened to run into Mike Pertgen, inventor of High Card Flush. He is also a pai gow tiles dealer at the Rio. Just about anybody who invents games is at the show and you never know you you'll run into for a "stop and chat." 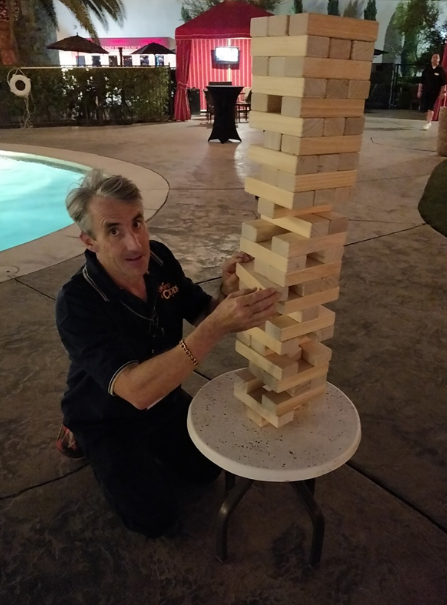 That evening Heather Ferris of Vegas Aces and I went to an industry party for game inventors, hosted by Raving. Rather than networking, we mostly spent time playing games against each other. As you may guess, I am very competitive and take winning very seriously to an annoying degree. 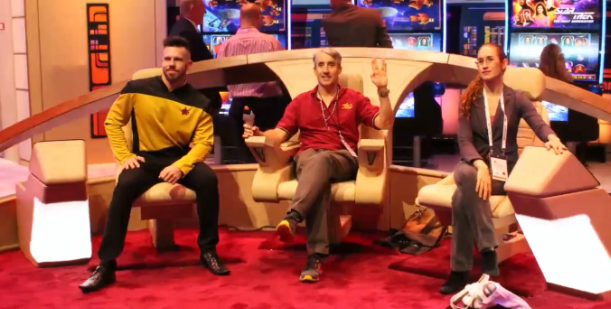 The last day of the show I had a little fun with Heather. She is a huge Star Trek fan and insisted I adopt a  Tribble  when we were near Aristrocrat. There we also were invited to the Bridge for this picture. It was actually a short movie. Guess who was handing out the Tribbles after leaving the Bridge???. 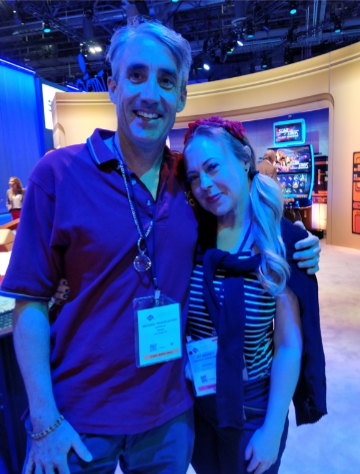 This is Lisa, my model you see all over the Wizard of Odds and here. For, example, many hotel reviews, like that of the M. I haven't seen Lisa in years, but do follow her many posts on Facebook, so it was great to see her again. It was sad though. She suffered significant injuries from the 2017 Las Vegas shooting, which she continues to suffer from, both medically and financially. Very sad. She was very fun to work with. If anyone needs a trade show model, I highly recommend her. 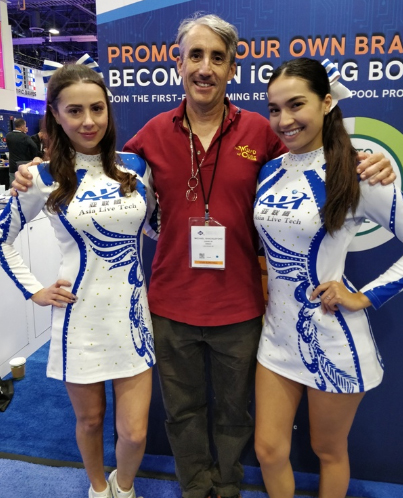 After near extinction after 2006, online gambling vendors are returning in bigger numbers to the show. For example, Asia Live Tech was there, including two lovely models. I gently took the representative there to task for the 47% house edge on the 5 and 16 bets in sic bo. He accepted the criticism and indicated they would think about it how they set the odds as they did. 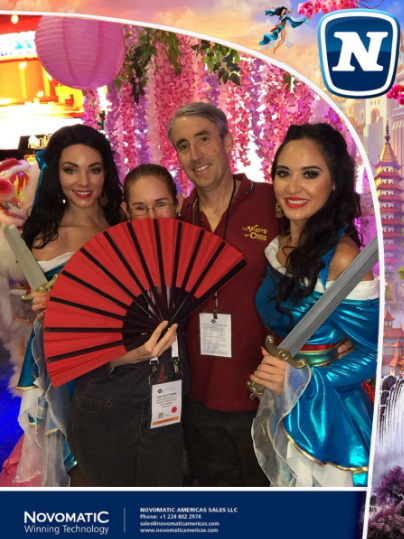 Heather and I felt we didn't meet our quota of pictures with lovely models, so couldn't resist this opportunity, thanks to Novomatic. 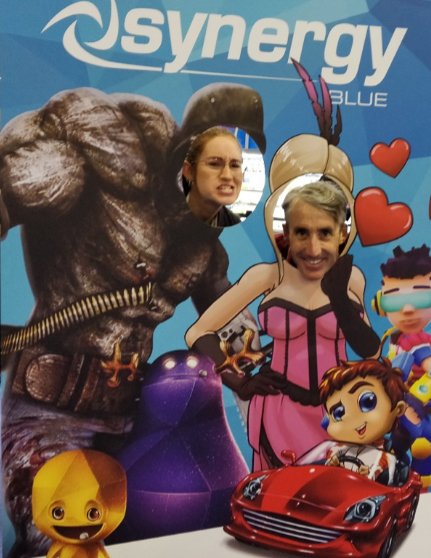 I'll never get too old for these things. I noticed we were the only fools doing it.

By 3:00 on Thursday I was exhausted and ready to get back to normal. I also have a few extra pounds to work off, thanks to many heavy meals consumed over the show. Walking across the bridge between TI and the Fashion Show Mall, we passed a Three Card Monty game going on. These are a scam, involving slight-of-hand and audience stooges to part you from your money. Entertain to watch for a minute, but never play.

It is only a month until the Cutting Edge Tables Games Conference, where I'm giving a session on table games. Hopefully I think of something to say by then.