Yesterday the Cutting Edge Table Games Conference of 2019 ended. This is a friendly small conference for executives in the table game business. It also attracts entrepreneurs trying to become the next Derek Webb (the inventor of Three Card Poker). A mock-casino is set up for them to demonstrate their new games while qualifying attendees vote for the best one.

In this newsletter I will introduce some of the ones at the show this year. I will follow with more in the near future. Let me start out with the prizes for best three news games 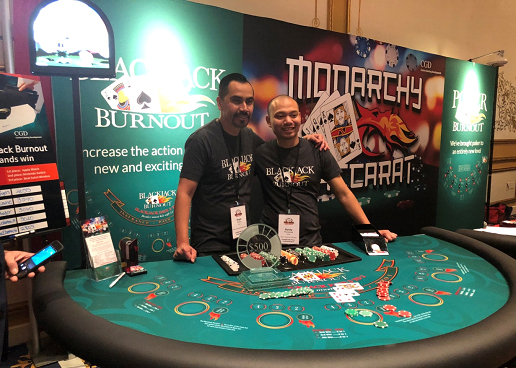 In first place was Blackjack Burnout. This game has appeared at the show since 2016 and finally won. Briefly, this game lets the player pay a 20% fee at the time of his initial wager to be able to burn a card he doesn't want, including one that busts him, at any point in the game. Since it already has a placement at the Saratoga casino in Blackhawk Colorado, I have a full page about on Wizard of Odds. 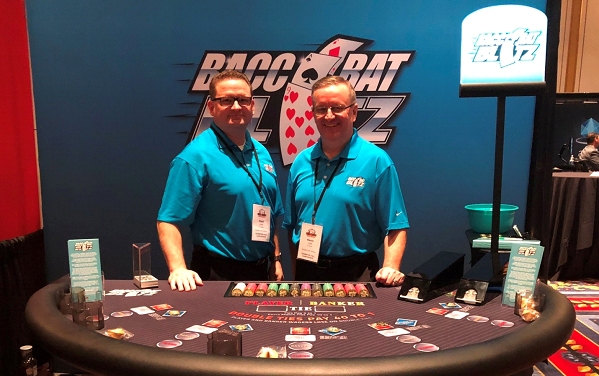 Coming in second place was Baccarat Blitz. This game could be described as a cross between Casino War and Baccarat. The player may choose to bet the Player or Banker and the winner is determined with one card to each, scored as in baccarat. In the event of a tie, two more cards are dealt to resolve it. Easy to understand and fast to play, two ingredients in the recipe for a successful table game. 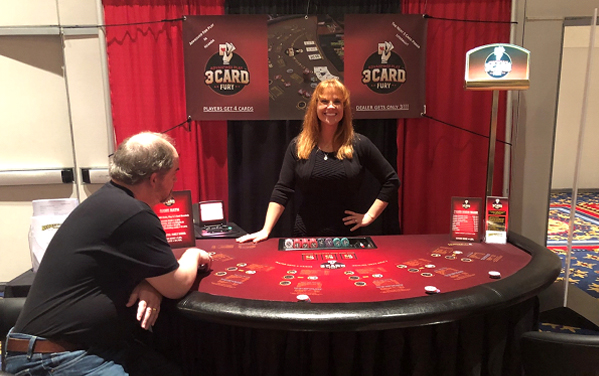 In third place was 3 Card Fury. Note it was dealt by Angela, the best dealer, model, and actress in Vegas. Not to diminish the game, but I wouldn't be surprised her charm helped a bit. 3 Card fury could loosely be described as a cross between Three Card Poker and Crazy 4 Poker. In this game, the player gets four cards and the dealer three. The take back is the one of the required initial bets, the 3 Card Monster, must both win and be a straight or better. 3 Card Fury was invented by Wizard of Vegas' own mrsuit31. You can try 3 Card Fury at 3cardfury.com. 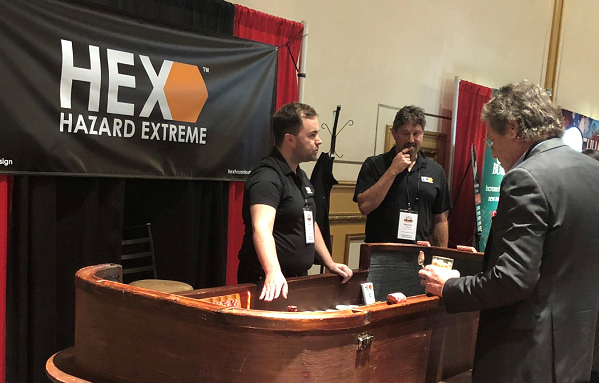 To introduce another game at the show, chosen randomly, is Hex. If there were an award for the most creative and unique game, I would have voted for this one. The best way I can describe it is to compare it to Settlers of Catan. In that game, there is a hexagonal grid with each tile associated with a number from 2 to 12. The dice are rolled and anybody with a village bordering that tile gets cards, or in the case of Hex, winning bets. However, as I write about it, I realize the game is basically like making place bets in craps. 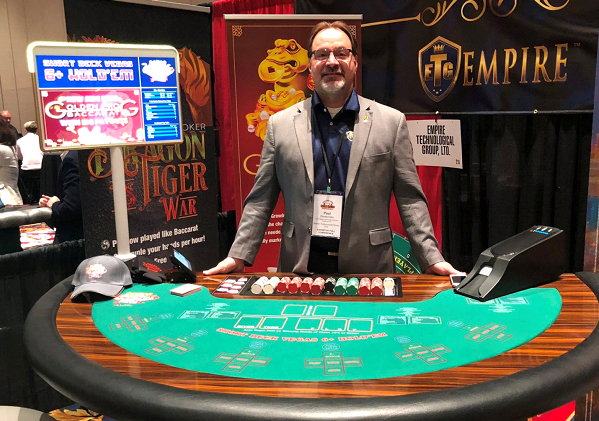 Finally, for this newsletter, is Short Deck Vegas 6+ Hold 'Em (long name). This game was invented by Paul Omohundro . If the name sounds familiar, he is the inventor of Texas Hold 'Em Bonus. His latest game is similar to that game, but played with a "short deck," consisting of 6's to aces only. According to Paul, short deck poker-based games are becoming a thing and this game will be the first player vs. dealer game to ride that wave.

As mentioned at the beginning, I'll introduce more games in future newsletters. However, if you're interested in a list of all the games present this year, you can find it at the Casino Journal web site.