Before I get to the main topic, an update. Last week I wrote about the process to getting tickets to Burning Man. On Wednesday, I took my chances with the Main Sale. As you may recall, the last hoop to jump through was to be ready to buy tickets at exactly noon on March 30. I was ready. In fact, I had three browsers ready with the link to the sale. To be honest, I’m not sure if this improved my odds, but other sources on Burning Man recommend doing this. 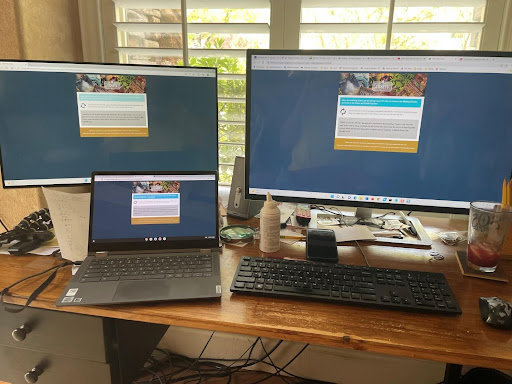 To make a long story short, I did not get a ticket. This was to be expected. At least I tried. Unlike in 2019, the image you see below on my screens was updated about half an hour after the start of the sale that tickets were sold out. You may wonder if I clicked “back,” which the screen says would not help. I did not. 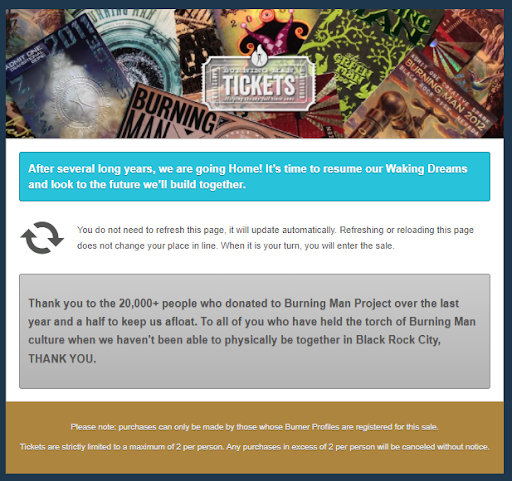 So, it doesn’t look like I will make it to Burning Man this year. That’s okay. I have quite a few other vacation ideas.

Onto the main topic, which is Contestants Row on The Price is Right. This game is played six times on every show. For those who don’t already know, here are the rules:

What should be your strategy in this game, assuming you know nothing about the value of the prize?

Most contestants on the show have terrible strategy. Let’s say you are the last to bid and the previous bids are $1,500, $1,600 and $2,400. The best bids, again knowing nothing about the value of the item, would be:

No rule of thumb will cover every situation. Just try to cover as wide range as possible, especially in the range where prizes tend to fall.

What if four logicians were playing, you may ask? Let’s assume the logicians know nothing about the value of the prize. To make explanations easier, let’s assume that the contestants may make bids to the penny.

Let’s start with a simple situation where the value of the prize is random and chosen from a uniform distribution from $0 to $1000. There is obviously a positional advantage to going last. I won’t get into the math, but here is how the four logicians should bid, in order from first to last to bid:

The key is the first three players want to put all subsequent players nearly to an indifference point. They each want to cut off as much space as possible, without motiving a subsequent player to bid $0.01 more than them.

If they bid in this way, player 4 will have a 33.3% chance of winning, regardless of the four possible bids I listed for him. Each of the other players will have a 22.2% chance of winning. I added one or two pennies to the bids of players 1 and 2, to make sure players 3 and 4 didn’t bid over them by $0.01.

Without getting into the math, here are the optimal bids under the assumption above:

That is all for this week. Until next time, may the odds be in your favor.