About a month ago I took a free genetic test, offered by the state of Nevada. The test was administered by a company called Helix for the purpose of identifying not just my ancestry but also certain health makers. I was expecting it to come back a boring 100% European mixture, probably mostly northern. I didn't know detailed of a breakdown I would get. From what I do know, my mother's side of the family was all the way German as far as living relatives know. My father's side is more of a European mixture, probably mostly from Britain and Ireland. The name Shackleford comes from the small of Shackleford in England. I have always wanted to visit there.

Here is what came back a month later. 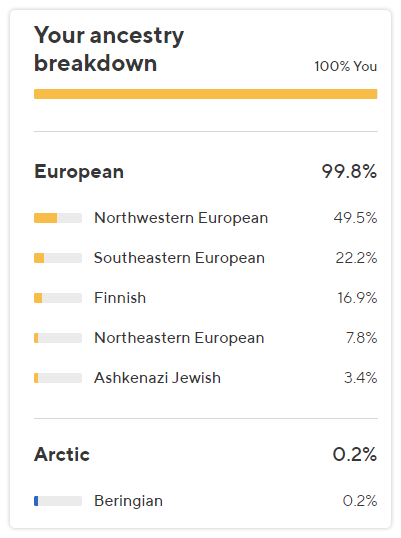 That was quite surprising. The northwestern Europe share of 49.5% was much smaller than I was expecting. I would have put the over/under at about 90%.

The 30% combined northeastern and southeastern European is also quite surprising. I figured there would be some mixed in, but nowhere near 30%. As far as I knew, Germany was as far east as my ancestors got.

The Ashenazi Jewish was a complete surprise. I had to look up what it meant. Here is the explanation from Helix.

This will be easy for me to accept my new Jewish heritage as most people assume I'm Jewish already. I could probably make some jokes about why at this point, but will refrain out of political correctness. However, this does bring up some questions: 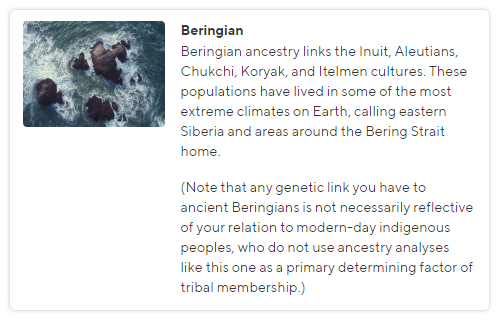 It was actually rumored on my father's side of the family there was a native American ancestor way back. If this is correct, that would seem to prove it. Could this explain why I am a huge fan of Northern Exposure? I immediately thought of claiming tribal membership to open a casino somewhere, but the Elizabeth Warren disclaimer at the bottom seems to put the kibosh (is that Yiddish?) on that idea.

The test also came back with some health information, as follows:


I hope you have enjoyed your trip into my DNA. Residents of Nevada may take this test for free, if I'm not mistaken. Please visit healthynv.org for more information. Finally, yes, I know these DNA tests are not entirely accurate. At the very least it was entertaining.