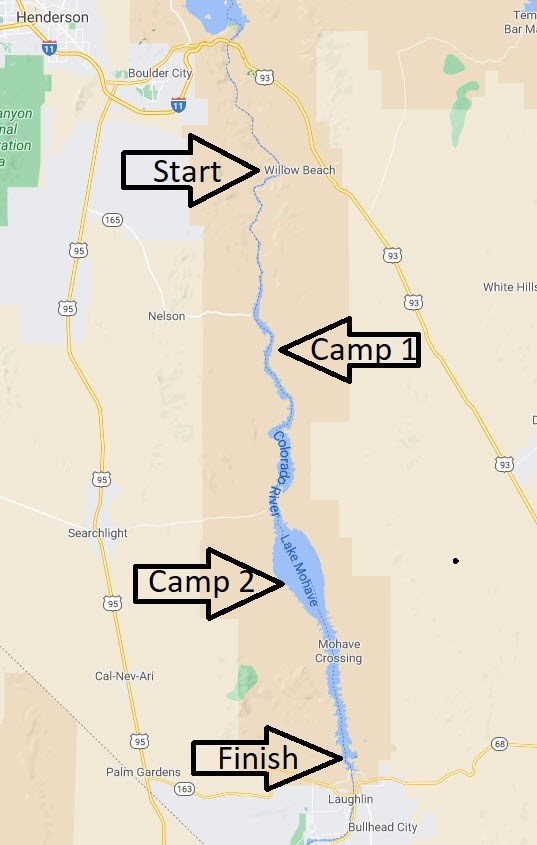 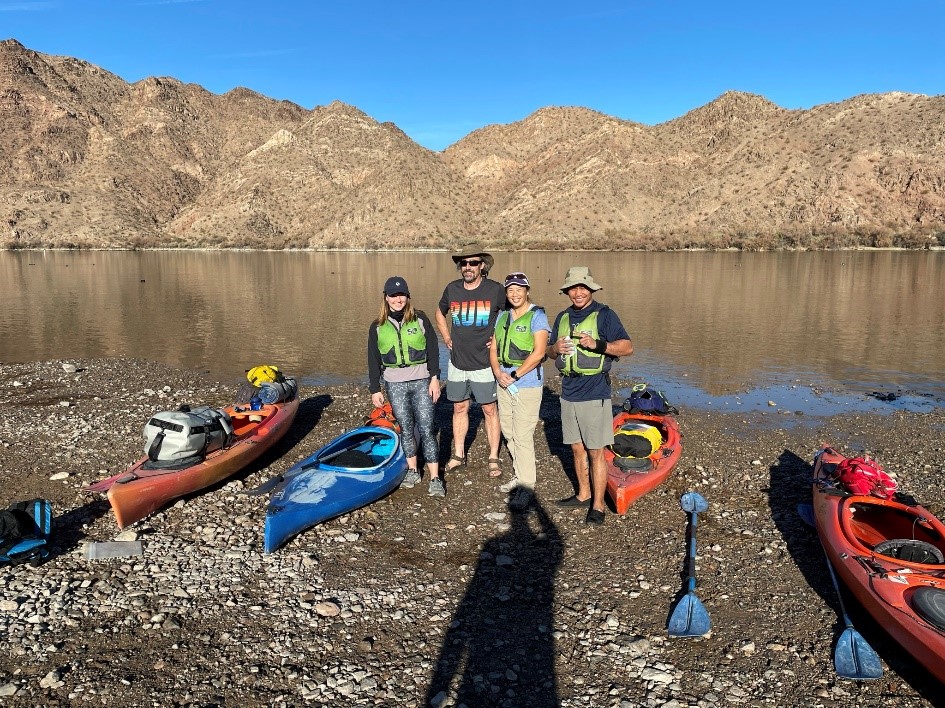 Here are the fearless four about to embark on January 15. That blue kayak is mine, although I rode the orange one on the left. 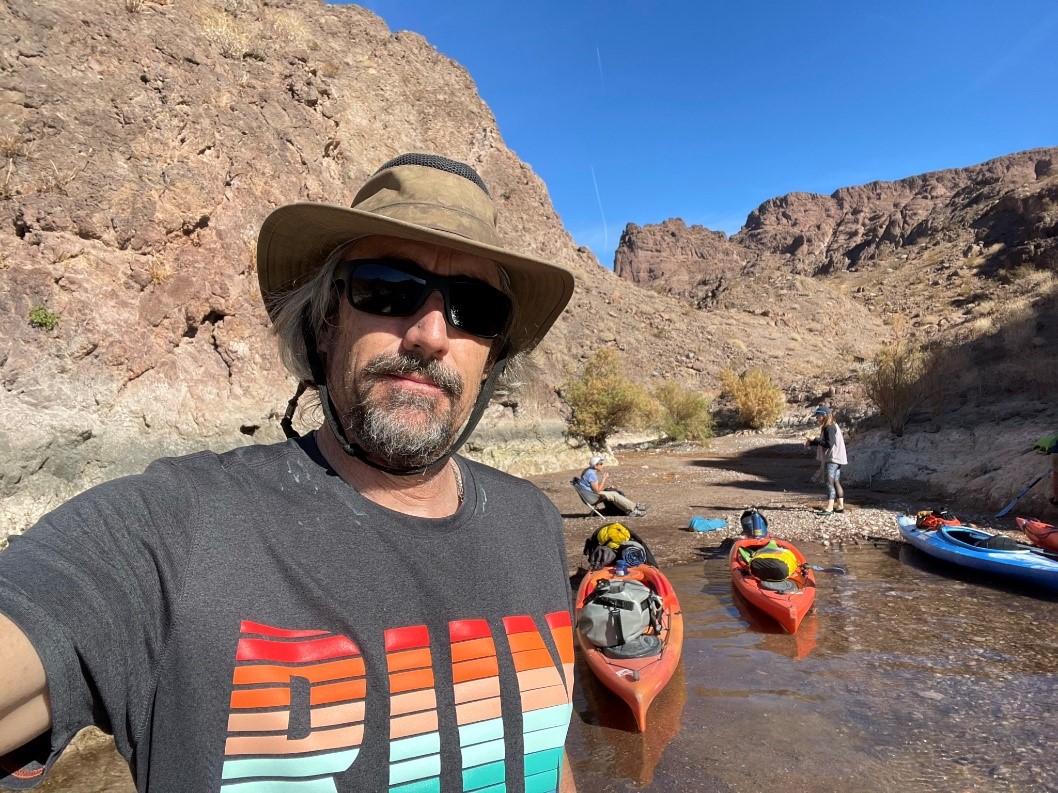 Selfie taken at our first rest stop. There were many such canyons the entire time. 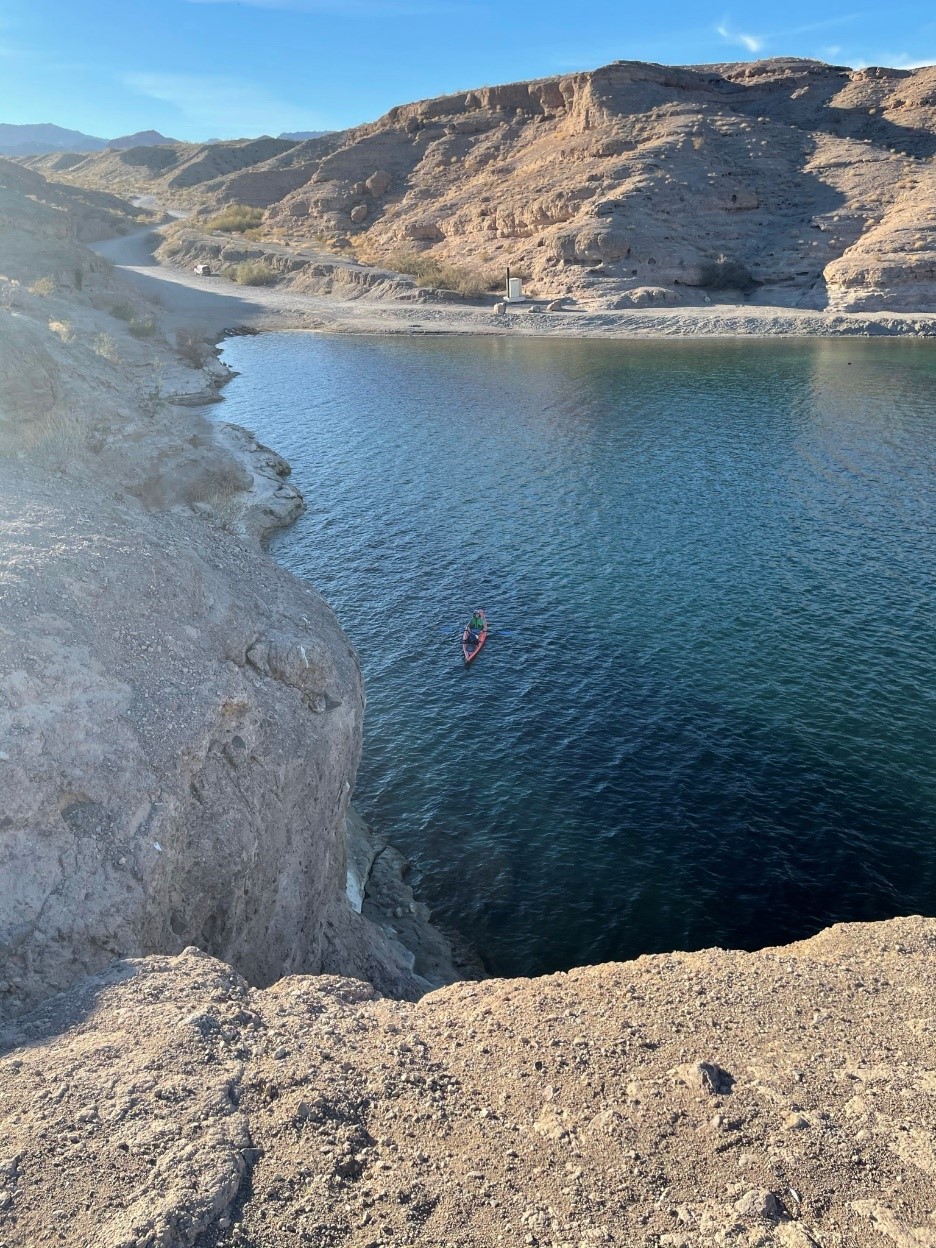 This is a picture taken at Nelson’s Landing from a spot three of us jumped from, into the water. You can see the fourth, down below in a kayak to video the fun. I might add there was nobody else there. 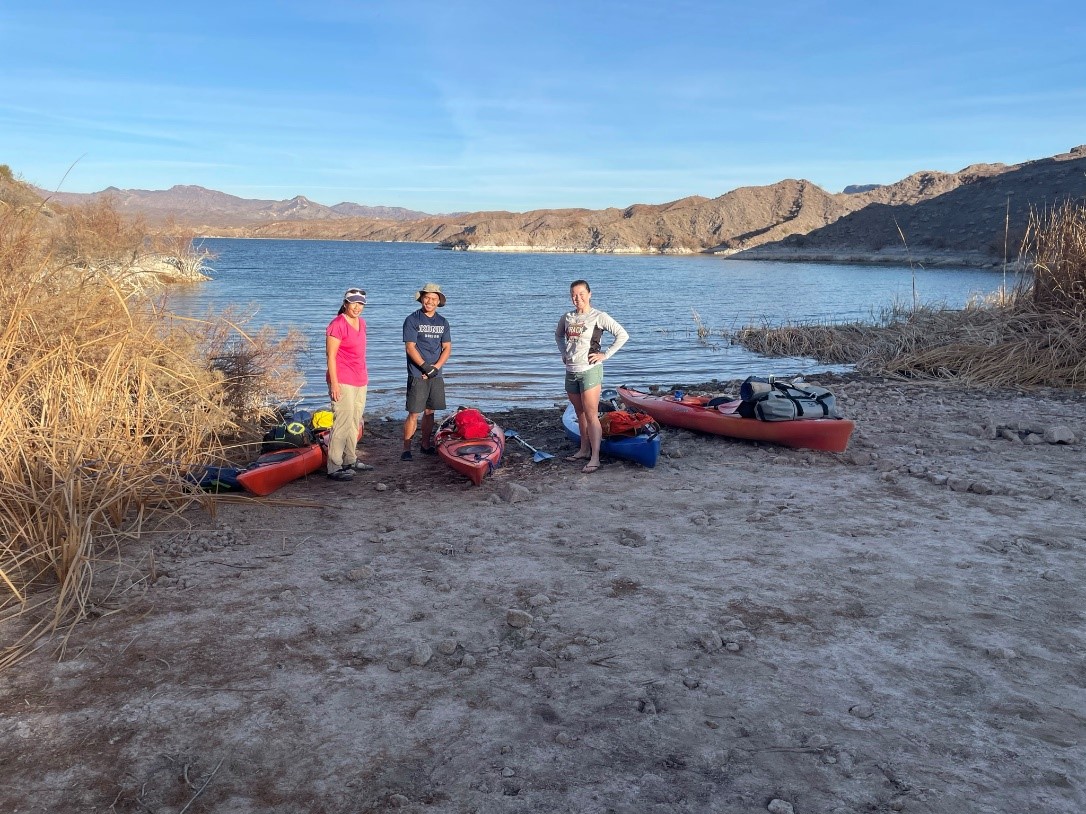 This was our campsite the first night, a few miles south of Nelson’s Landing. 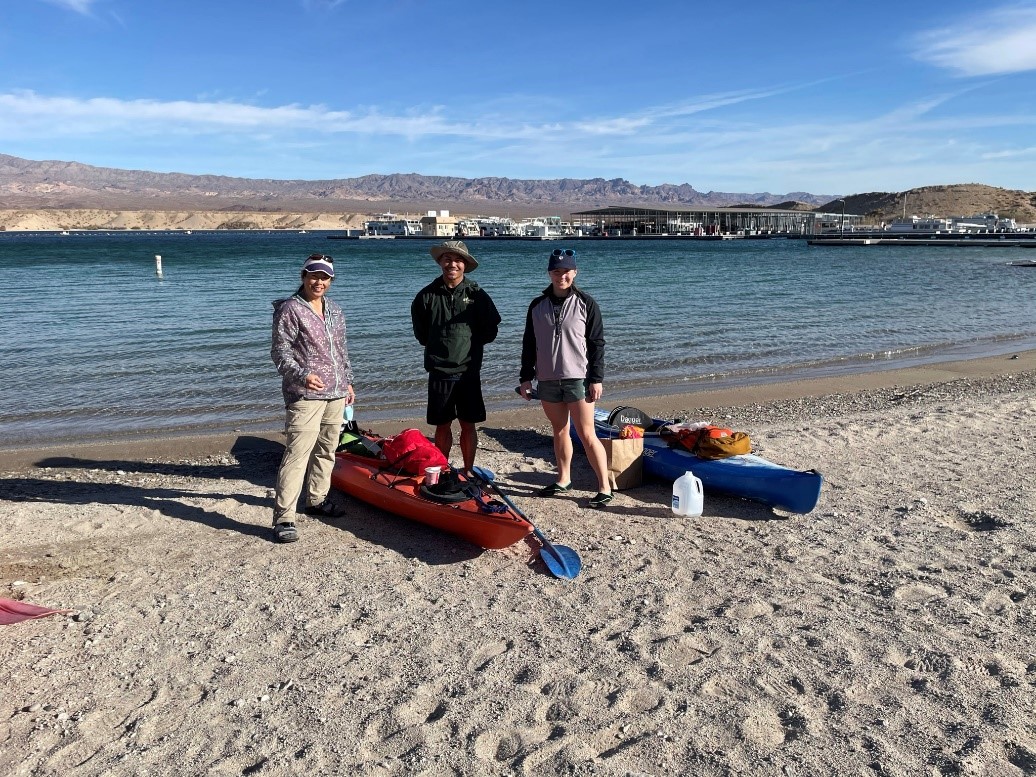 This is the Cottonwood Cove marina, where we passed by on the second day. Here we replenished our wine and snacks. 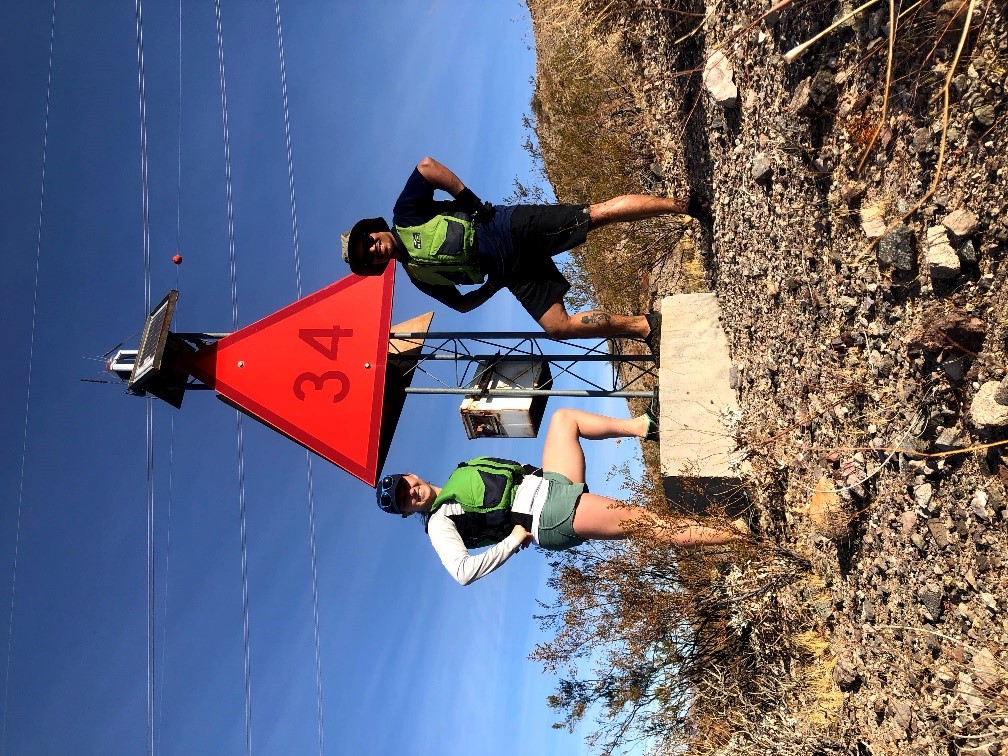 These mile makers helped us measure our progress. We started at mile 53 and ended at mile 2. 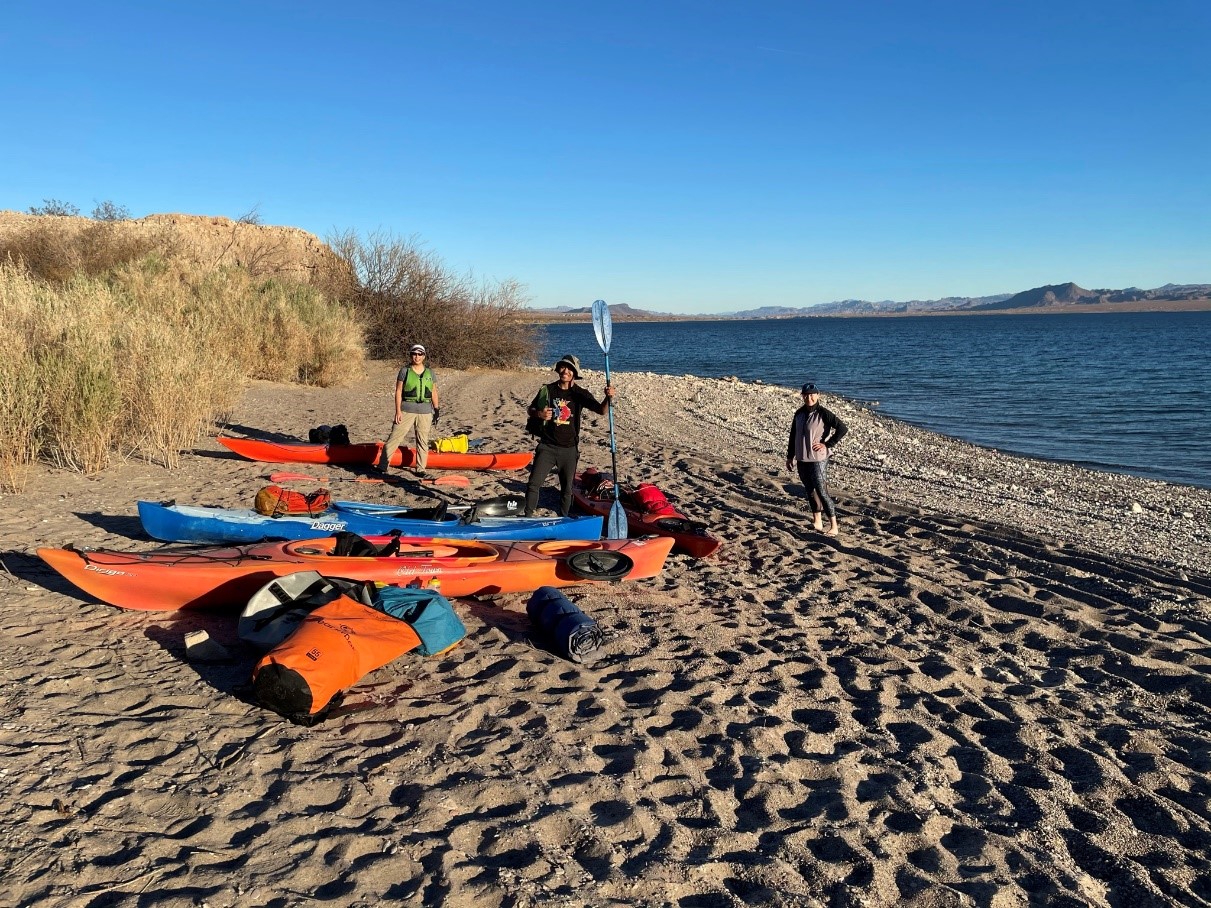 This was out campsite the second night. It felt like we had miles of sandy beaches and all of Lake Mohave to ourselves. 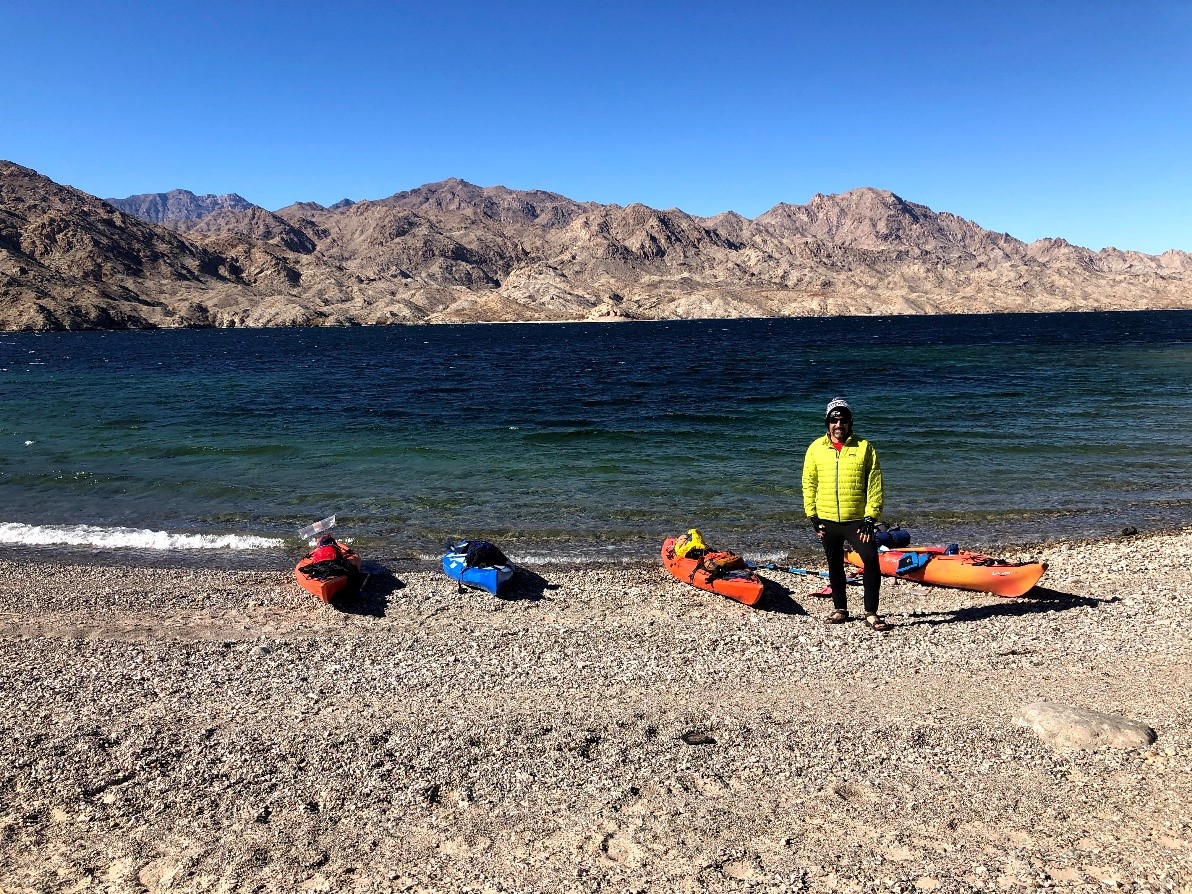 Here is a rest stop on the final day. It was quite windy. If you look carefully, you can see whitecaps in the water. 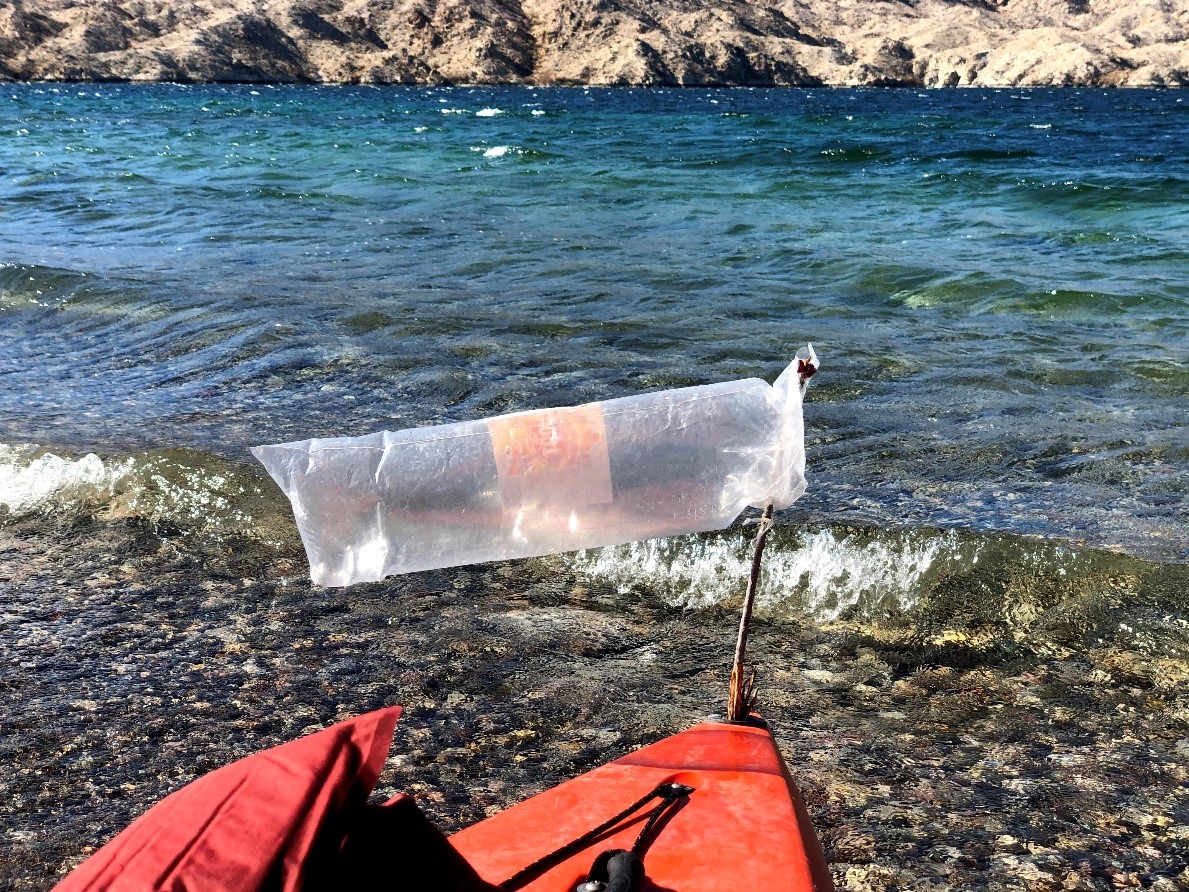 Note the windsock on one of our kayaks to demonstrate how strong the wind was, not to mention the whitecaps. The maximum windspeed, not counting gusts, was 38 mph on the second day and 28 mph the third day. However, they both felt about equally as bad. Fortunately, the wind was too our backs, but it made for some exciting and perhaps dangerous paddling. One of us capsized the final day, but fortunately she was able to get to shore, bail out the kayak, and resume the trip.

If you are interested in more details, I made a video of the experience, including the cliff jumps here.

I would also like to put in a good word the Las Vegas Kayak Club, who helped us with three of the kayak rentals as well as transportation to both the starting and ending points.